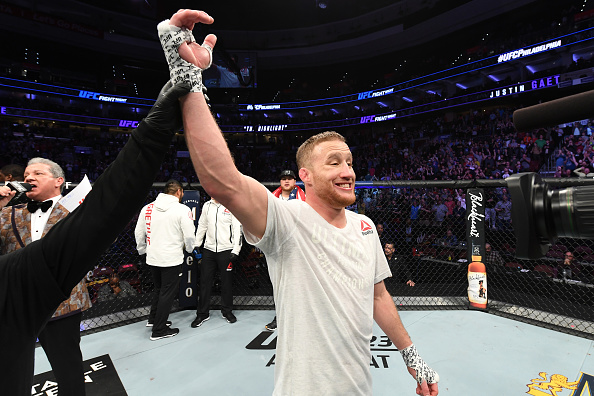 Former World Series of Fighting champion Justin Gaethje recently took on the scariest knockout artist in the lightweight division, i.e. Edson Barboza. While no one expected a fight between two enthralling stand-up fighters to go the distance, but still not many expected it to end so quickly with a devastating one punch KO from Gaethje. This won the former WSOF champion another fight night bonus award. This time he shared the award with his opponent Barboza as in just two minutes they lit the arena on fire, and their bout was rightfully awarded as Fight of the Night.

Gaethje however, has created an interesting piece of history by winning this award. He has now become the first person in history to win at least one fight night bonus in each of his first five UFC bouts. 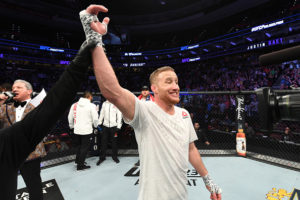 Such a piece of history might not come as too much of a surprise for fans because Gaethje is well-known for his fearless and exciting style of fighting.

Previous articleDesmond Green willing to fight for free, if offered hometown fight at UFC Rochester
Next articleMichelle Waterson reveals why she deserves a title shot over Ansaroff or Suarez