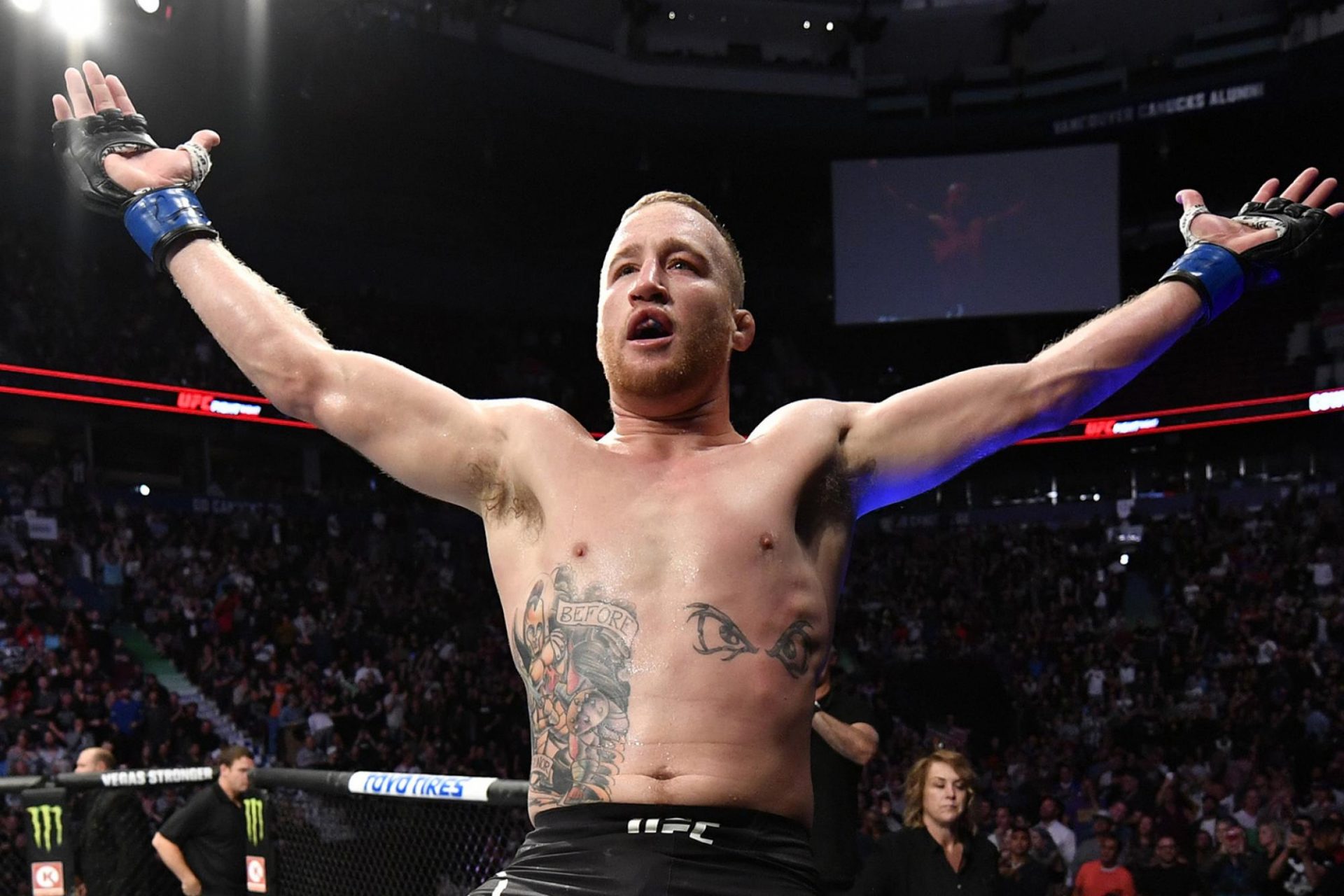 UFC’s interim lightweight champion Justin Gaethje is planning to make his opponent, Khabib Nurmagomedov bleed when they face each other at UFC 254. 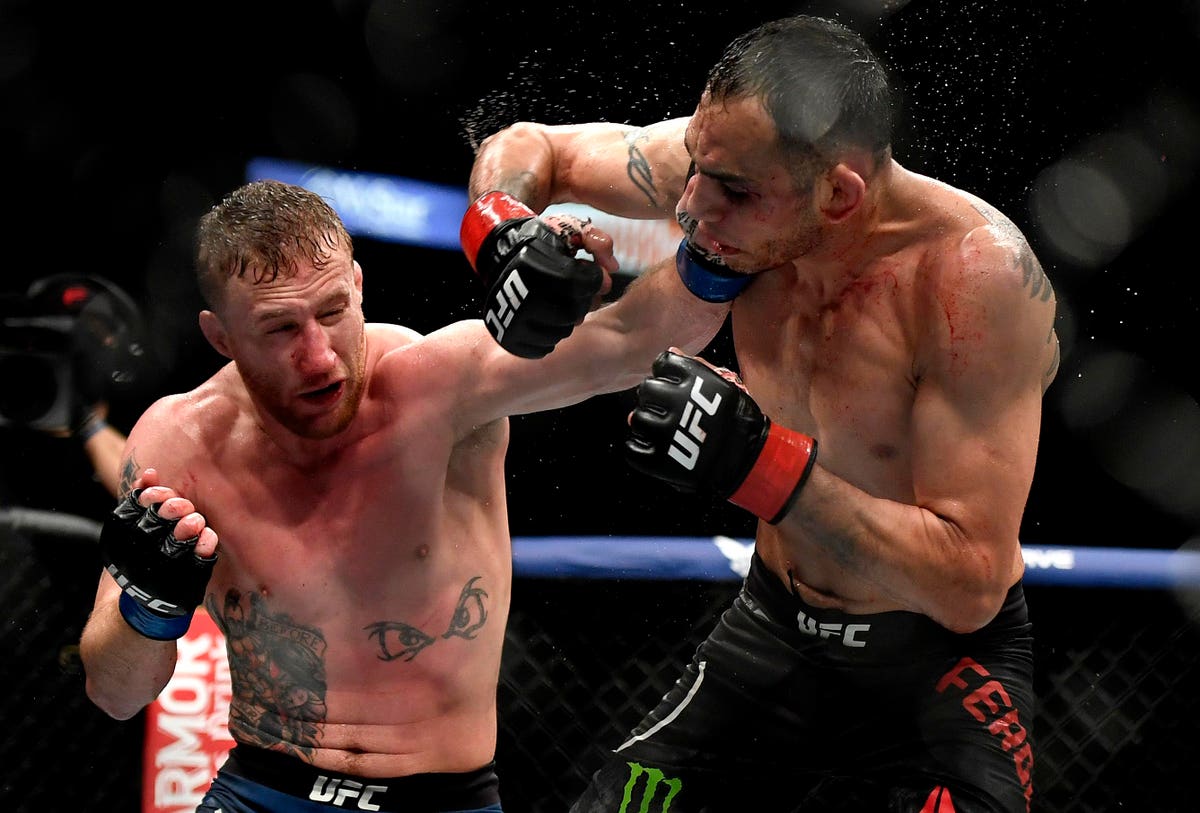 Justin Gaethje is set to fight for the UFC lightweight championship against the current reigning defending undefeated and undisputed champion Khabib Nurmagomedov at UFC 254 on Yas Island, Abu Dhabi.

After Gaethje violently defeated Tony Ferguson he became the most dangerous threat to the champion’s throne. Khabib Nurmogomedov has been unrivalled in the UFC due to his unparalleled grappling skills to beat everyone on the roster. Still, Gaethje holds the skillset to beat Khabib as he has a wrestling background and is known for his takedown defense, and also has an edge over Khabib in striking.

Justin Gaethje: “I know I’m going to see his blood“ 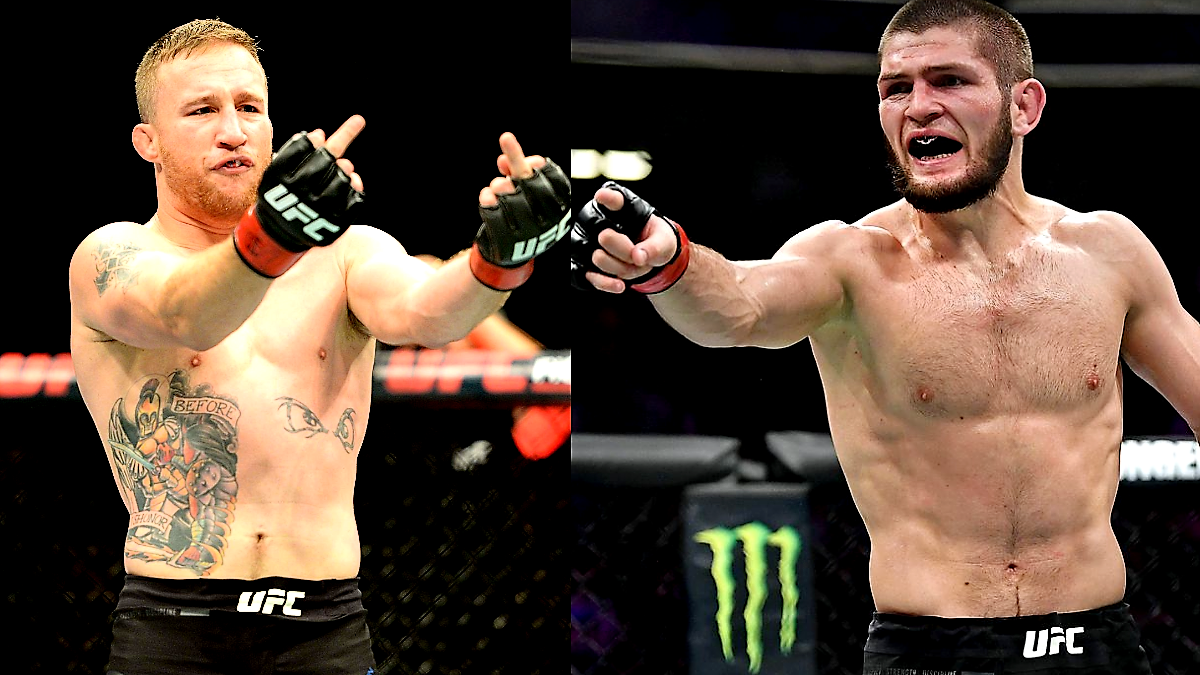 Recently while talking to ESPN Gaethje talked about his fight with Nurmagomedov and talked about that he wants to see how Khabib Nurmagomedov will react if Gaethje makes him bleed. “I know I’m going to see his blood. I want him to see his blood and I want to see his reaction. He isn’t as crazy as me, that’s the thing,” Justin Gaethje said to ESPN. “I think he is crazy and loves competition but he isn’t quite as crazy as me. He also hasn’t seen his blood many times, I’m sure. His style of fighting is not something where you are looking for blood. I bet that doesn’t even cross his mind that he will see his own blood. That has never been a factor for him.”

“I know I’m gonna see [Khabib’s] blood.”@Justin_Gaethje wants to see how Nurmagomedov reacts when things get bloody 😳 (via @bokamotoESPN) pic.twitter.com/6m5QqNlyjH

After Justin Gaethje defeated Tony Ferguson to become the interim lightweight champion at UFC 249, he was called out by former UFC champion Conor McGregor for a fight. Even though he wanted to fight the Notorious One, he eventually declined to go after Conor McGregor. While speaking to Brett Okamoto of ESPN, Justin Gaethje said that he was focused on the current undefeated lightweight champion Khabib Nurmagomedov at that point and wanted to fight him first in a unification bout.

“I think it was there,” said Gaethje, of a fight against McGregor. “If there was any kind of interest, [the UFC] would have tried to make it. Financially, it’s a big gamble, it’s a lot riskier. But this is the goal … not just wealth: legacy. That’s what I’m most excited for about this opportunity.

“I’ve watched this sport a long time since Tito Ortiz was champion in the early 2000s. Chuck Liddell, Randy Couture, all those guys. I truly think, if I can beat Khabib and Conor McGregor [after that], I will have cemented something that is almost unmatched.”

Justin Geathje is now focused on Khabib Nurmagomedov and the entire MMA world is eager to see the fight take place and also praying to MMA gods hoping none of the 2 fighters gets injured. Justin Gaethje is definitely going to be the biggest and toughest challenge for the lightweight champion Khabib Nurmagomedov.

Previous articleIsrael Adesanya responds to Khamzat calling him out: ‘I don’t even know the guy’
Next articleKhamzat Chimaev said he is going to fight Stephen ‘ Wonderboy’ Thompson next