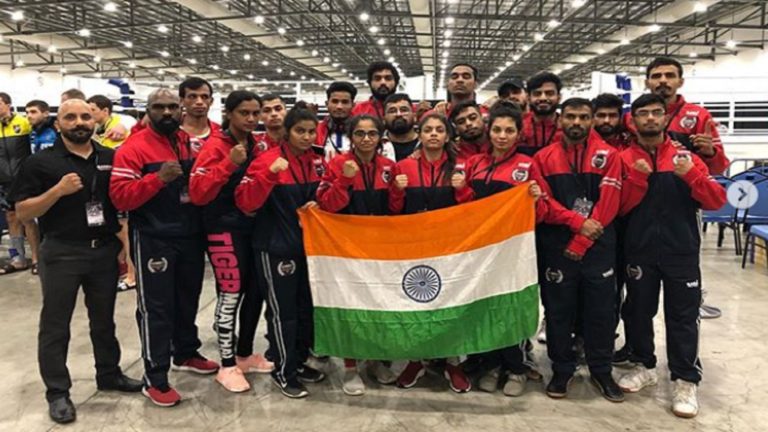 GAMMA Asian Championship is set to take place in June in Kyrgyzstan and the selection trials for this tournament has already been announced. GAMMA India took to social media to announce the full detail of the event. 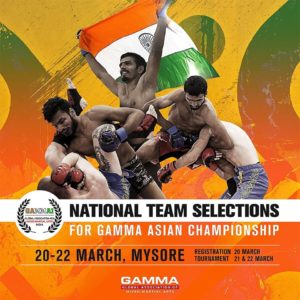 The weigh-ins time for the tournament is from 7 AM on fight day. The fights will start from 11 AM on 21st and 22nd March. To register, the fighters can contact the Zonal heads.

The four zones are:

The Zonal Head of the GAMMA India championship for North is Rajinder Singh Meena, a ×National wushu champion. Meena has tremendous martial arts experience under his belt. He also represented India at ONE Championship.

The Zonal Head of the GAMMA India championship for East is Isaiah Kharmawphlang, a BJJ practitioner from Shillong.

The Zonal Head of the GAMMA India championship for South are Vignesh Nathan and Rupesh Math. Vignesh has 12 years of experience in the Fitness industry. He is also a BJJ blue belt and has over 8 years of coaching experience in MMA and BJJ.

On the other hand, Rupesh is an experienced MMA coach who has coached many national and international level athletes.

In the last GAMMA world championship which took place in November of 2019, Indian fighters bagged 7 medals. Out of the total contingent of 21 fighters, 7 of them managed to secure a medal for India.