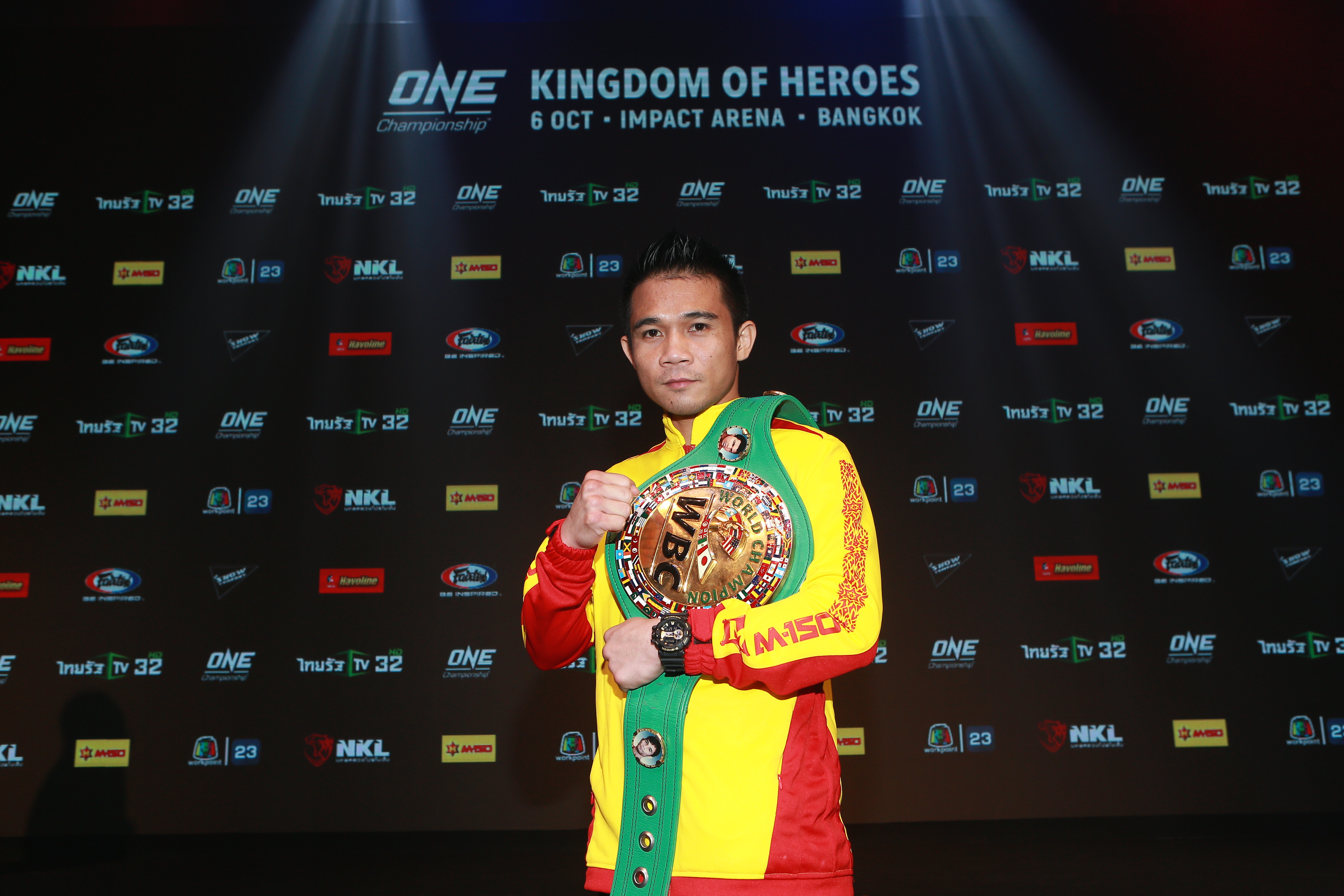 1 August 2018, Bangkok, Thailand : The life of a professional boxer is never easy as the path to greatness is typically laden with a myriad of seemingly impossible challenges.
For WBC super flyweight champion Srisaket Sor Rungvisai, the hardships came early in life.
Growing up in Sisaket, Thailand is not always like the postcards portray as behind the historical infrastructures and natural wonders of the province are communities filled with poverty and struggle. 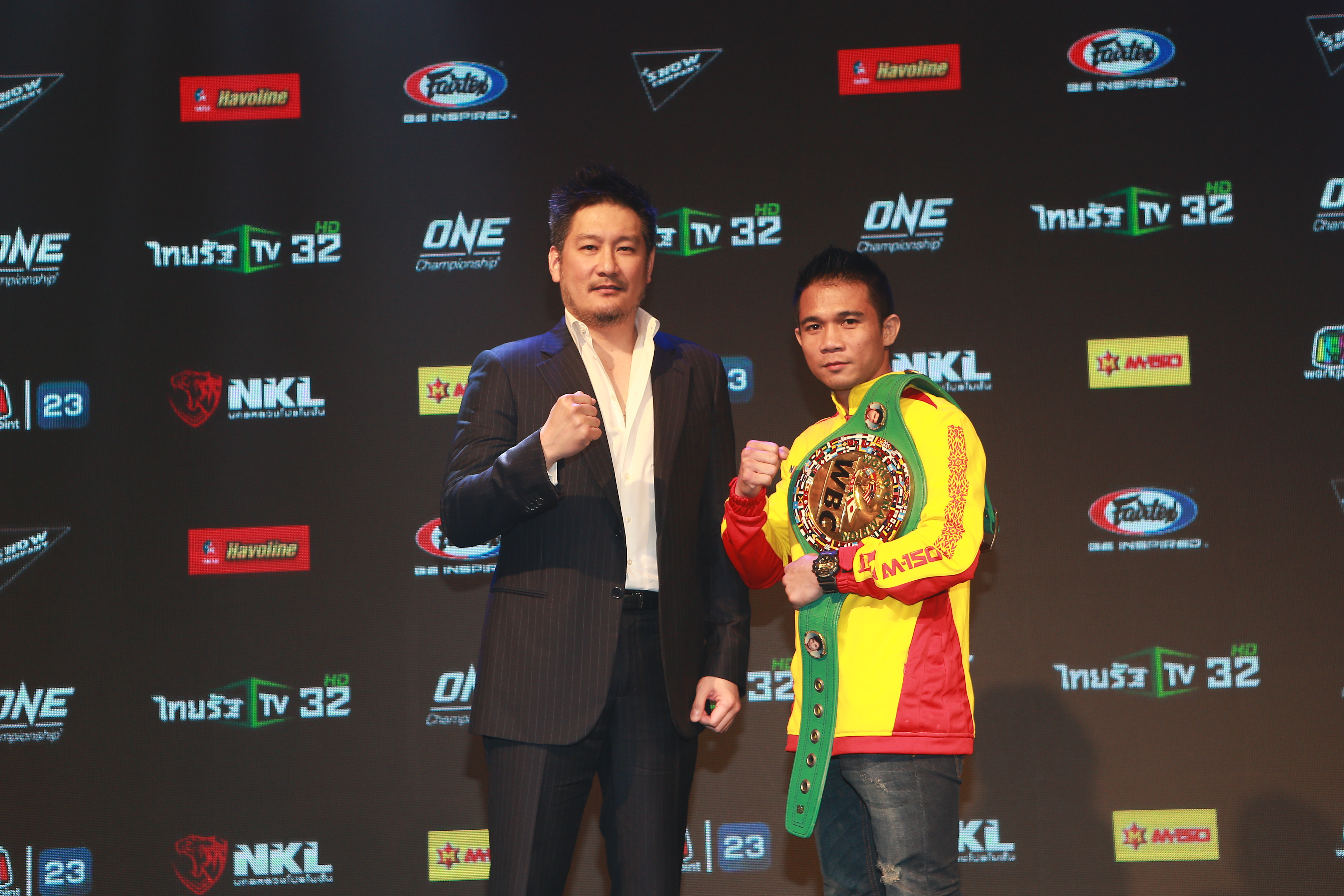 Born Wisaksil Wangek in real life, Rungvisai left his hometown at the age of 13 to look for odd jobs in the country’s capital of Bangkok.
Rungvisai initially worked as a security guard, but when the money was not enough to buy food, he searched for leftover food from the trash that he collected at a nearby department store.
“On some difficult days, I had to collect the food from trash to cook and eat to survive because I did not have enough money,” he shared.
To augment the family income, Rungvisai moonlighted as a competitor in Muay Thai, which is a revered combat sport in Thailand.
“As a young guy who didn’t have the right qualification to earn decent office jobs, fighting professionally was the only way I could get some money. It was also something I liked, and it was a fun challenge. I saw it as a way to help better my life and future,” he stated.
With his Muay Thai career going nowhere, Rungvisai discovered professional boxing, which gave him the impression that it could be his ticket out of poverty due to the sport’s profitability.
However, Rungvisai’s transition to boxing was not a walk in the park as he was knocked out in his first two bouts in 2009.
“I needed the money very badly, so I accepted the fight even though I didn’t have much time to prepare and didn’t really know how to box. I just knew that boxing has similarities to Muay Thai,” he recalled.
“There were only two paths to choose for me at that time” Rungvisai added. “One is to become a boxer and the other one is to keep on working as a trash collector, and I chose the path to become a boxer because there’s more hope at least. There’s some hope in this career.”
Rungvisai did not post a win until his fourth professional match in November 2009 when he scored a third-round knockout over compatriot Prakaipech Aunsawan.
After suffering another loss to Japanese Kenji Oba in February 2010, Rungvisai joined Nakornloung Promotion (NKL) camp, the team that built several World Champions for Thailand, and reeled off 26-straight victories, including an eighth-round stoppage of Yota Sato to clinch the WBC super flyweight title in May 2013.
Although his impressive winning streak was halted by Mexico’s Carlos Cuadras in May 2014, Rungvisai established another series of triumphs, winning 19 in-ring contests with 16 coming by way of knockout.
During that remarkable stretch, Rungvisai recaptured the WBC super flyweight belt by pulling off an upset win against Roman “Chocolatito” Gonzalez of Nicaragua via majority decision in March 2017.
Rungvisai’s astonishing conquest of Gonzalez earned him a spot in The Ring Magazine’s international pound-for-pound rankings, where he currently occupies the No. 7 seat.
“I never thought that I would come this far or even get to be a world champion. I only aspired to win a regional title and maybe get on television. I wound up doing so much more,” Rungvisai disclosed.
After successfully defending the green-laced strap twice and making a quick work of South Korea’s Young Gil Bae in a non-title tilt last July 21, Rungvisai is set to make his debut at ONE Championship.
A mixed martial arts organization that was established in 2011, ONE Championship recently announced its partnership with Nakornloung Promotion (NKL) to co-promote the next title defense of Rungvisai.
“I am happy and honored to take part in this historical ONE Championship’s event. I was at ONE Championship’s event in Bangkok earlier this year, and it blew my mind with its world-class production, entertainment, and fights. I would also like to thank everyone who made this possible,” he conveyed.
Rungvisai puts his WBC super flyweight crown on the line against a yet-to-be-determined opponent in the main event of ONE: KINGDOM OF HEROES, which takes place at the Impact Arena in Bangkok, Thailand on October 6.
Considering the lowest times that forced him to eat from the garbage heap to the heights he has reached as a boxer, Rungvisai owes it to the sport that gave him a second shot at life.
“Boxing has given me everything I have in life. I owe everything I have — all my success — to boxing. It has helped me become more disciplined, and it has taught me the value of hard work,” he explained
As he opens a new chapter in his professional boxing career, Rungvisai hopes to become another shining example that a diligent individual can achieve his or her dream, no matter where he or she comes from.
“I know how difficult it is. I do not want people to be discouraged. We cannot choose our lives, but we can choose to change it and work for our dreams,” he concluded.