UFC: Kelvin Gastelum declares himself as the UFC champ after Robert Whittaker was forced to withdraw from UFC 234 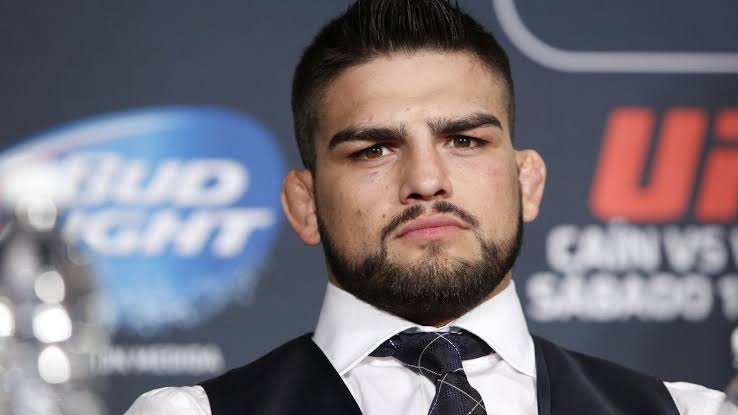 The card down under was slated to be headlined by an interesting bout of two former welterweights as champ Robert ‘The Reaper’ Whittaker was set to defend his middleweight belt against a surging Kelvin Gastelum.

Both the fighters weighed in and everything looked set in stone. However just few hours before the fight card started, it was reported that Whittaker has pulled out of the bout citing a hernia in the abdomen which may require surgical implications. The withdrawal was sort of a shock keeping in mind that Whittaker didn’t require a huge water cut to make the middleweight limit. 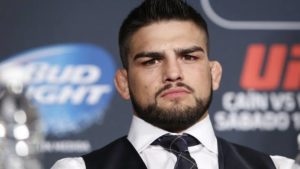 An absolutely ‘gutted’ Gastelum showed up to the arena however carrying a belt of his own. The gesture received some criticism from main event winner Israel Adesanya and former double champ Conor McGregor. Speaking with MMAjunkie, Gastelum explained the issue. (via Twitter):

Kelvin Gastelum (@kelvingastelum) has declared himself the world champion after Robert Whittaker was forced to withdraw from their UFC 234 bout with injury.

“This is my belt,” Gastelum said backstage at UFC 234. “I earned this. I showed up, traveled thousands and thousands of miles from home, made the weight. In my world, the wrestling world, if the guy shows up and makes the weight, for some reason cancels the bout, the guy forfeits the match – I win. I am the champion.”

Gastelum didn’t express any hard feelings for Whittaker, however challenged him to recover and then fight for his title.

“Hopefully Rob heals up great, I wish him a speedy recovery and when he heals up maybe he can get a crack at my title.”

“This was the hardest camp of my life, so for them to rip this opportunity from me, I ain’t going to have it,” Gastelum said. “I’m not going home empty handed. I promised my people I was going to go home with some hardware and here I am. I’m going to go home with the belt. Hopefully Rob heals up and I’ll give him a crack at the title.”

Previous articleConor McGregor wants a super UFC event in Brazil involving the Diaz brothers and Anderson Silva
Next articleUFC: Rachael Ostovich: I can’t even afford a camp, I work extra jobs so that I can fight
- Advertisement -