Gastelum gets Anderson at UFC 212 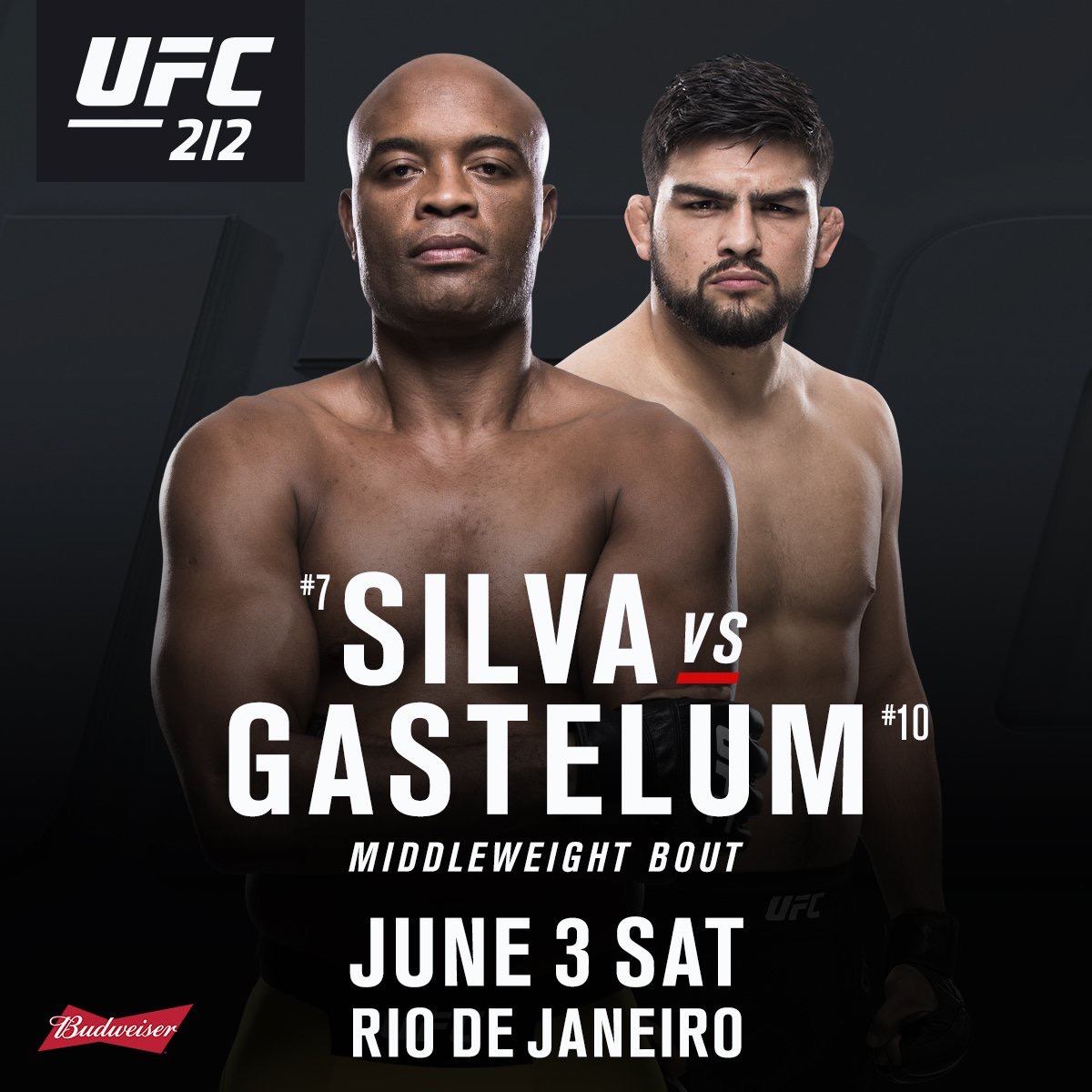 After a couple of days of Yoel, Anderson and Kelvin talking about the next fight they wanted, turns out it’s Kelvin who’s wish got granted.

So it seems the UFC top brass is still soft on Gastelum who got his wish fulfilled for UFC 212 at Rio De Janeiro on June 3rd 2017.

Kelvin is coming off of two strong wins against Tim Kennedy and Vitor Belfort after being forced to move upto middle weight because of his weight cut issues at welter weight. He has displayed an improved and strong stand up game in his last two fights, finishing both of his opponents and a fight with Anderson Silva will certainly garner a lot of attention, it certainly has ours.