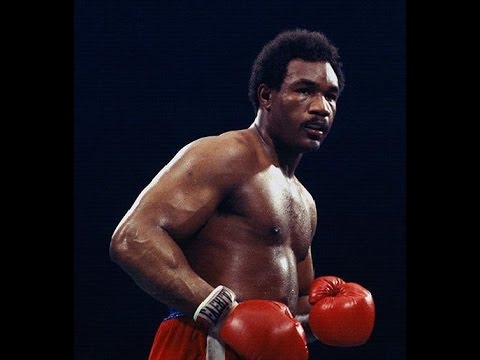 UFC Lightweight champion Conor McGregor has received some high praise from the legendary boxer, George Foreman. Foreman has praised McGregor for his great effort in a boxing match against Floyd Mayweather Jr. and discussed the Irishman’s future as a professional boxer. 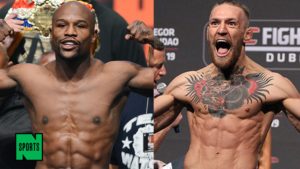 “Big George” is one of the greatest heavyweight boxers of all time with an outstanding record of 76-5. Formeman famously fought and lost to Muhammad Ali in 1974 and has notable victories over fellow boxing greats such as Joe Frazier, Michael Moorer, etc.

After the highly publicised boxing match between Mayweather Jr. and McGregor last August, the boxing great had famously criticised the referee claiming that he had protected Mayweather during the bout.

Foreman was recently a guest on “What’s the story” podcast and praised the UFC champion for the skills he displayed against ‘Money’ Mayweather. He also talked about how he feels that McGregor can defeat a great boxer with a bit more training and experience of competing for twelve rounds. Here’s what Foreman had to say:

“He beat Mayweather, the first few rounds, Mayweather couldn’t do anything with him. I’m amazed at that. To this day, I’m still amazed. Mayweather had to turn into Joe Frazier/George Foreman to beat him.

I’d like to see that McGregor come back and fight another boxer, get him another few rounds under his belt and beat one so he can really do some good. Everybody else is dead. The only problem was the twelve rounds. He really whipped Mayweather, he had him whipped. Mayweather had to turn into an old George Foreman/Joe Frazier fighter to get it. Ducking his head, all bald headed and everything.

He didn’t have the stuff to beat him — he couldn’t outbox him. He couldn’t box him, he had to fight him. So McGregor, going twelve rounds is like a death sentence. Even the fighters can’t do it. But if he had some more experience, in twelve rounds? He could beat a great fighter.”

“Surely. McGregor, all he needed was George Foreman in his corner telling him, ‘hold up, hold up, hold up’. Don’t go for the rope-a-dope, let him rest a little bit.”

Foreman’s praise for McGregor is truly well deserved. McGregor might be tempted to box another marquee name like Manny Pacquiao for a huge pay-cheque again. Though, his combat sport future still seems to be tentative.