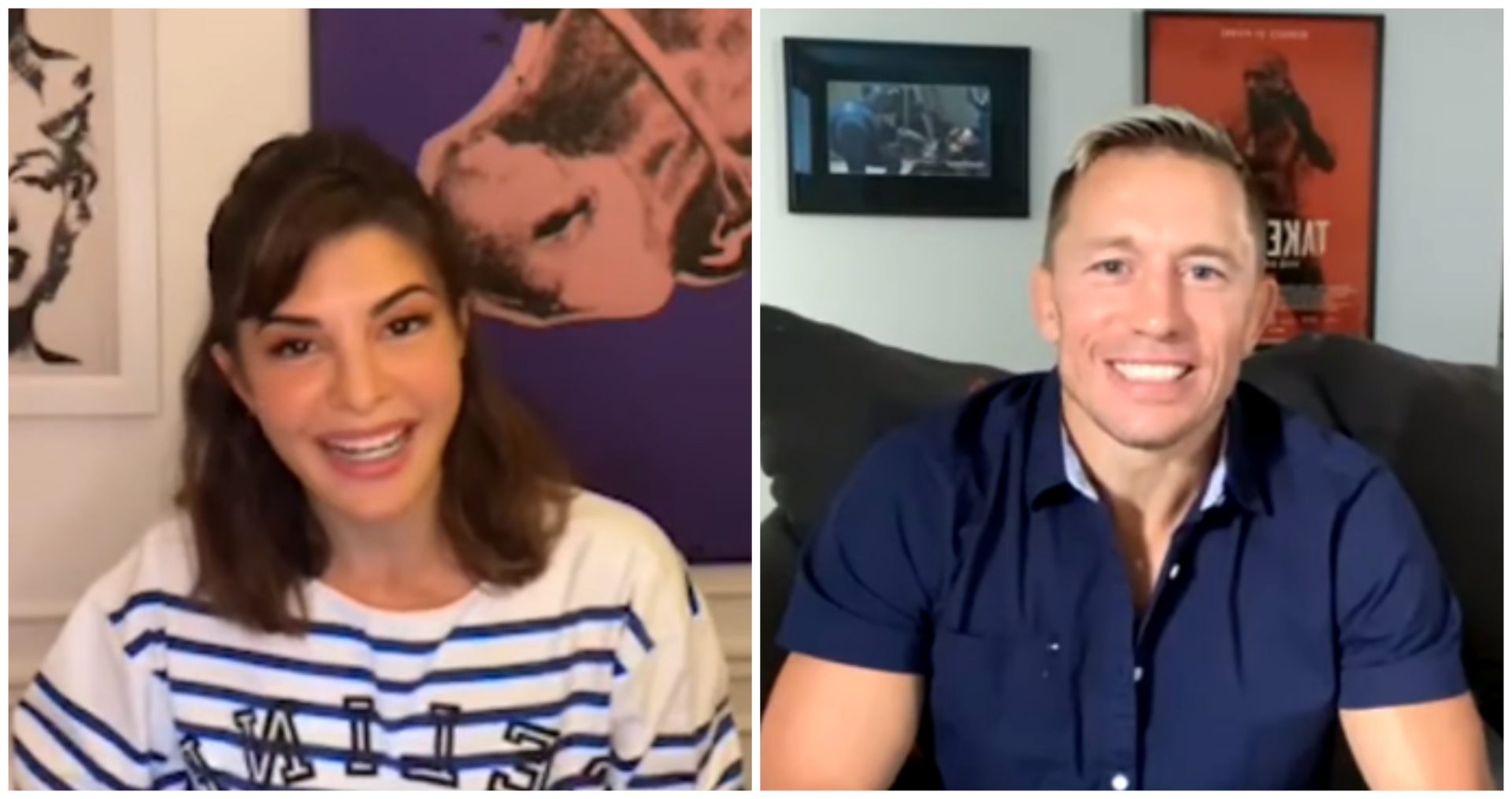 Georges St-Pierre, the former two-division UFC champion and one of the greatest mixed martial artists of all time was recently seen in an online conversation with Bollywood actress Jacqueline Fernandez, touching upon his fitness regime, meditation methods and his self-defence programme.

Other than being die-hard, religious fans of MMA fighters, fans often delve into mixed martial arts themselves, garnering inspiration from their idols and the stuff they do inside the ring.

While mimicking the actual lifestyle of professional fighters is no walk in the park for the fans, as well as counting out the time the pros spend inside the cage, receiving blows from opponents, Georges St-Pierre does believe that training in MMA can aid someone in self-defense training, or to just keep oneself fit and active.

Speaking to Jacqueline on her Instagram Live about the Trueconnect app, GSP touched upon his programme that not only incorporates the techniques that the Canadian himself uses during a fight, but also to build the base for newbies and those interested to get into MMA training.

“A lot of people, they want to train, they want to live like a fighter, but they do not want to receive the brain damage, they do not want to take the risk a fighter takes in a fight and I completely understand that but they do want to have the same workout and lean the same techniques and learn how to defend themselves. So that’s what my programme provides,” GSP revealed to Jacqueline during the live.

“I teach people how to fight. It could be used as a self defense but also in order to know how to defend yourself, first you need to build your foundation and your foundation is your athleticism and fitness level. So it helps people to keep them in shape and also to teach them real techniques that I actually, personally use in a fight. So its a mix of both.”

Finding comfort in uncomfortable situation: A cold Ice bath is the meditation technique of Georges St-Pierre

Alongside training the body, shaping and strengthening the mind is also a fundamental in any MMA fighter’s training and as the Instagram Live went forward, Jacqueline elaborated on her daily meditation routine and asked GSP about his, which he revealed to be a cold, shivering ice bath.

While ice baths do have its physical benefits, like reducing muscle inflammation, and helping them to start the recovery procress following strength training, GSP utilises the chilling discomfort while being surrounded with ice to become mindful and as use it as a therapy.

“I do some sort of meditation. its a different meditation,” the 40-year-old went on”, What I like to do here in Montreal, its very cold. And even in the summer when its warm, in my backyard I’m having an ice bath,”

“When I wake up in the morning I will do it about three to four times a week I like to do in the ice bath and in this very uncomfortable situation I like to breathe by the nose and focus on myself and trying to feel some comfort in it. So, after a few minutes when I leave the ice bath and I get out of it, I feel very very good. Its very therapeutic,” added GSP.

You can check out the whole comversation between Jacqueline Fernandez and Georges St-Pierre below:

Previous articleHasbulla Magomedov and his promoter Asxab Tamaev have split up for THIS reason!
Next articleCharles Oliveira says he can knockout both Conor McGregor and Dustin Poirier