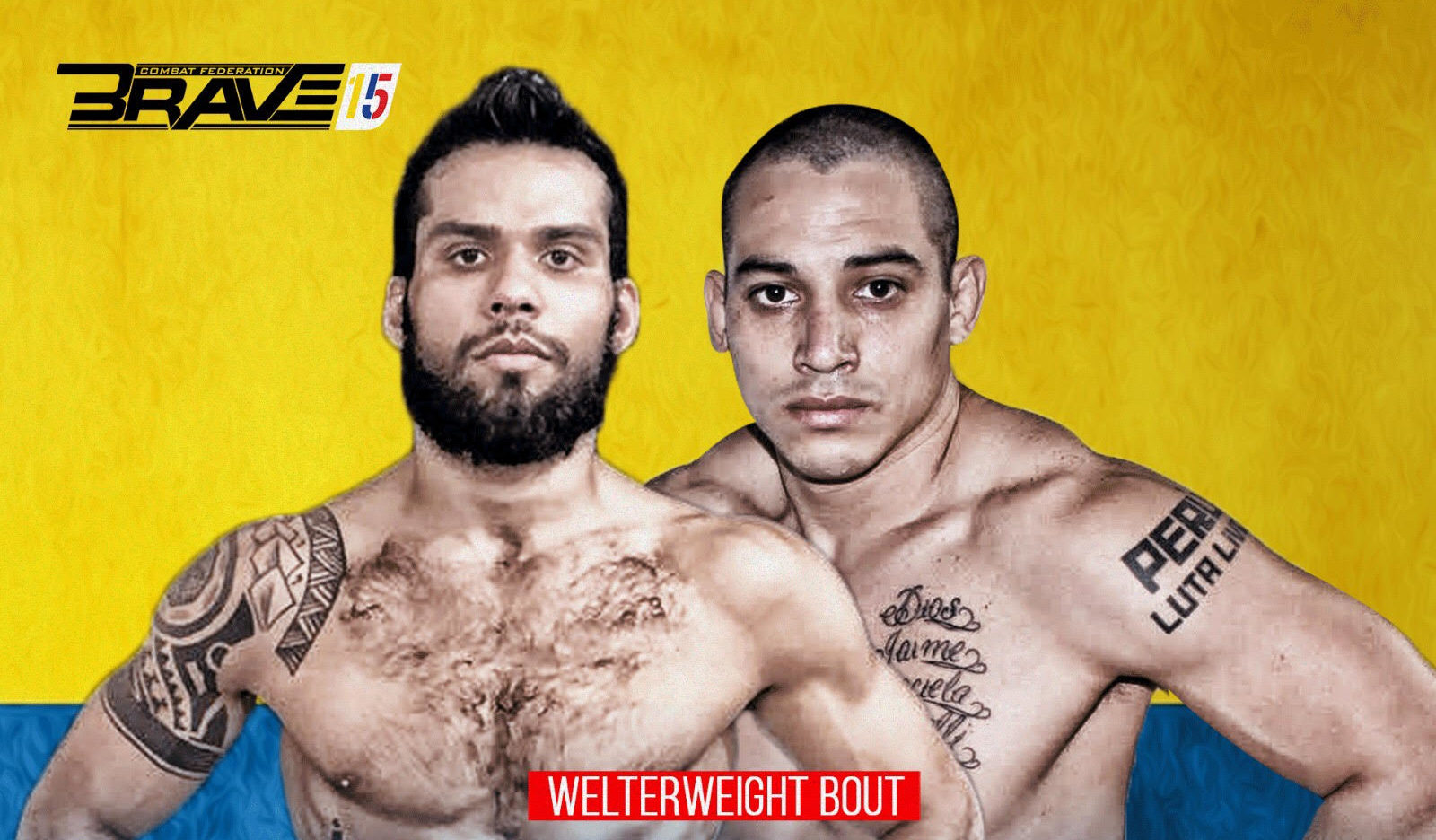 Recently signed welterweight sensation Geraldo “Luan Santana” Neto is scheduled to make his promotional debut at Brave 15. Officials announced that the Brazilian will take on Peruvian Jaime “Instinto” Cordova in a main card bout for the organization’s first trip to Colombia, set for September 7th at the Coliseo Bicentenario, in Bucaramanga. 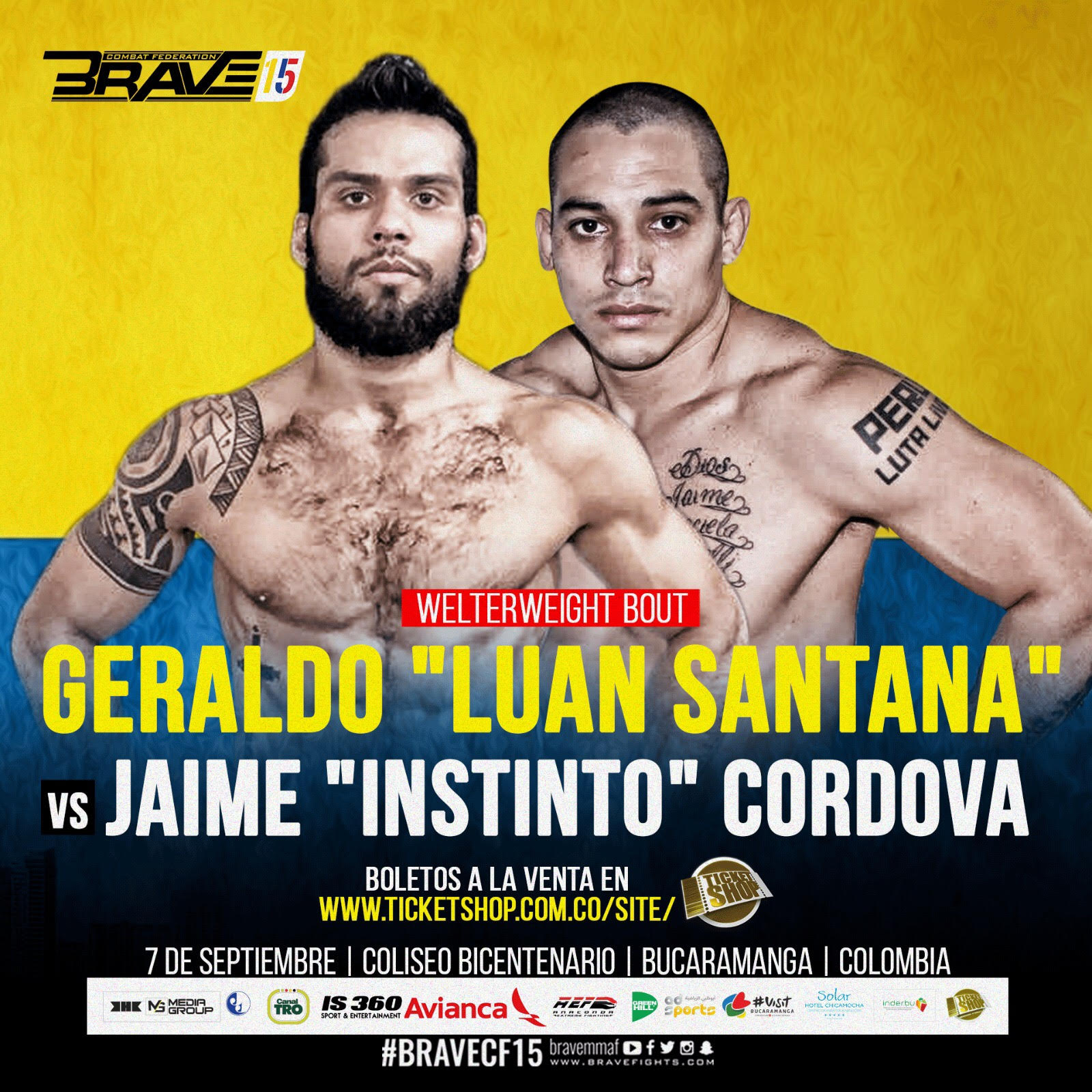 Neto brings a professional record that mirrors his versatility and willingness to go for finishes: his 11 victories have come either by KO or submission. Geraldo trains out of the famed CM System academy alongside team leader and Brave fighter Cristiano Marcello and fellow Brave representatives Luan “Miau” Santiago and Gabriel “Fly” Miranda.
“This is where I want to build my career. I want to grow with Brave. We’ve got great guys from our gym and our master Cristiano Marcello here, and they all speak wonders of Brave. This is a dream come true for me. This only motivates me to be the best version of myself everytime I go out there”, said Neto after signing his multi-fight deal with the promotion.
Meanwhile, Cordova boasts a 10-4 MMA record and is coming off a loss that interrupted a nine-fight unbeaten sequence (with eight wins and one No Contest in this period). Prior to his February defeat, “Instinto” spent almost five years without losing a fight. He’s also making his Brave CF debut in the Colombia card.
Brave 15 will be headlined by a featherweight contest between former UFC fighters Godofredo “Pepey” and Alex “Rollo” Torres. Also set for fight night is a bout between Gabriel “Fly” and Fernando Noriega also at featherweight. Brave Combat Federation will visit Colombia for the first time and will also headline events in other six countries until the end of the year: United Arab Emirates, Pakistan, Bahrain, South Africa, Saudi Arabia and India.