Germaine de Randamie’s unwillingness to face Cyborg, and the colossal failure of the featherweight experiment 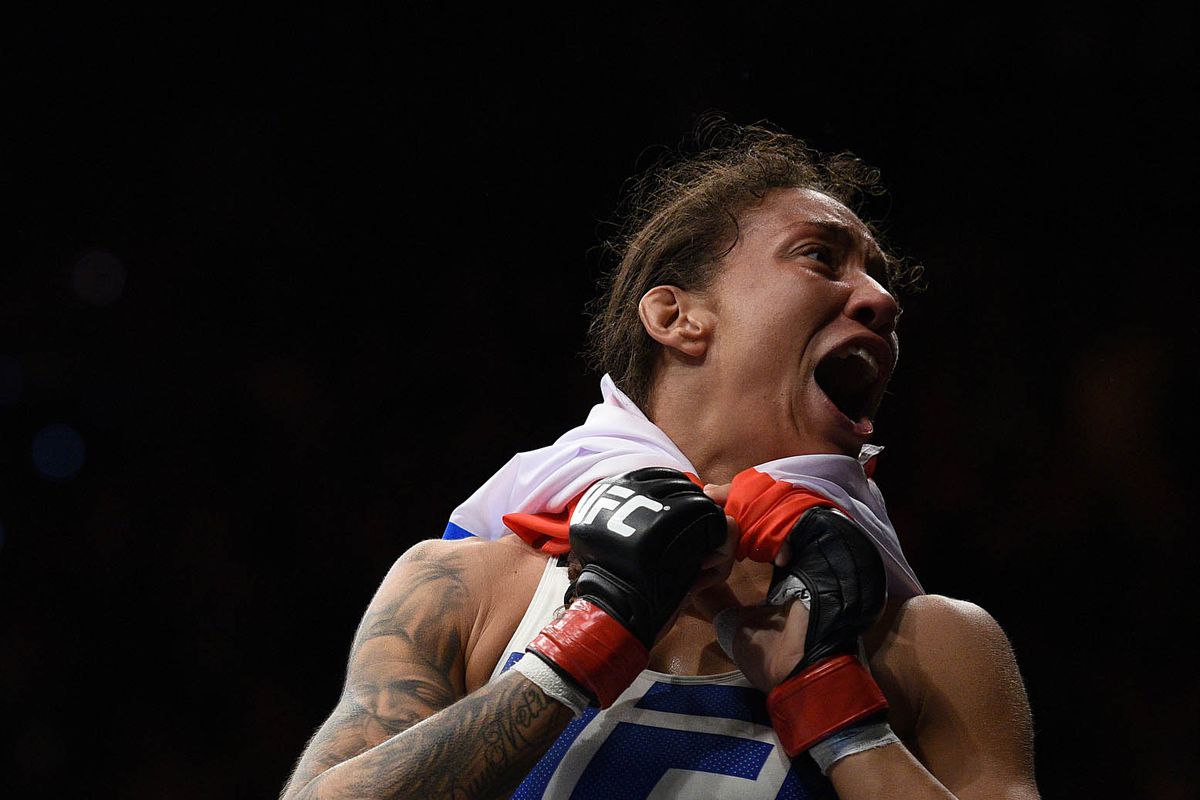 The house of cards are quickly crumbling, as de Randamie, who, just couple of months ago, said she’d be willing to fight Cyborg, would now rather relinquish the title than face the most dominant female athlete in the world.

You don’t have to be a gambler to call her bluff.

This doesn’t come as a surprise to many. When GdR rallied for a rematch with Holly Holm, the fans weren’t chuffed. Their first encounter at UFC 208 was underwhelming, to put it mildly. Even after beating Holly Holm to become the inaugural UFC Women’s Featherweight Champion, GdR wasn’t talking about fighting Cyborg next.

Instead, she talked about undergoing surgery, and then giving Holm her ‘deserved’ rematch.

Meanwhile, Holly has returned to the 135 pound division, and will be fighting Bethe Correia at UFC Fight Night 111.

“Germaine and her team have talked, and the position is that she will not fight ‘Cyborg’ because ‘Cyborg’ is a known and proven cheater. Even after so much scrutiny has been put on ‘Cyborg,’ she still managed to pop for something and will always be a person of suspicion who is trying to beat the system rather than just conforming to the rules.”

“Germaine and her team don’t believe that ‘Cyborg’ should be allowed to compete in the UFC at all. If that is the only fight the UFC wants, then Germaine is willing to wait and see if the UFC will strip her belt before making her next move.”

It’s quite funny how the likes of Ronda, Dana and now, Germaine have gone after Cris for her previous misgivings. How many of us talk about Anderson Silva testing positive couple of years ago? Or the UFC fighters using TRT’s and PED’s for years, before drug testing came into effect? It is a meandering, nonsensical topic – a topic that can be used to give excuses.

Not too long ago, we talked to GDR, who wasn’t opposed to the idea of fighting Cyborg. However, since the first day, she has been lobbying for a fight with Holly Holm. An inquisitive mind would wonder why she has been putting the fight with Cris on the back burner. 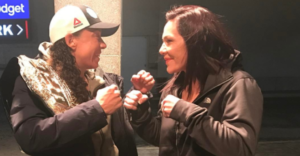 When Holly and Germaine fought couple of months ago, there were only three fighters in the division. Dana decided to give Cyborg the same opportunity that he gave to Ronda 5 years ago. In 2012, Dana built a division around Ronda, which saw Rousey becoming one of the biggest stars in the history of the sport.

Unfortunately, Cris had to sit out for months after her previous gruelling weight cut, resulting in UFC booking a title fight between Holly and Germaine.

In the past, we’ve seen fighters who decided to sit out, waiting for a ‘money fight’. In the women’s division however, Cyborg is the money fight! The fact that GdR’s team would rather consider handing over the title, than fight Cyborg not only undermines the integrity and the very meaning of a championship, but also makes a mockery of the sport.

Moreover, de Randamie’s refusal to fight Cris could result in the 145 pound division experiment end as a colossal failure. UFC is already looking at creating a female flyweight division, and the fact that Holly Holm has returned to the bantamweight division would now mean that Germaine is refusing to fight the only fighter in the 145 pound division – the very fighter who lobbied, and was finally granted, the opportunity to fight at 145 lbs. 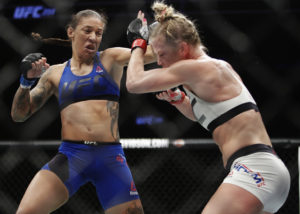 Cris Cyborg responds to Germaine; is Cyborg fighting for a lost cause?

The fight game is more often than not scrutinised, and seen through a microscope. It is imperative that we hold all the fighters in the same regard; bullying someone for something almost 90% of the fighters have done before drug testing was implemented, and stringent policies and regulations were imposed, makes it a calculated attack, to blemish someone’s character.

Cris has since broken her silence, unleashing a series of scathing tweets directed towards ‘The Iron Lady’ and the UFC.

“Makes division for me. Doesn’t give me belt. Can’t wait for me. Makes champion who won’t fight me. Does this sound well planned out?”

“I want to fight (Megan Anderson) not some girl who was already signed 5 fights ago to the UFC all 5 of those fights should have been UFC fights.”

However, it now seems like Cris is fighting for a lost cause. Cris ran into trouble with the law just last week, which could seriously jeopardise her UFC career. Now with GdR flat – out refusing to fight Cyborg, there might not be anything Cris can do about it.

Maybe, the 145 pound division was destined to crumble. Maybe, the greatest female fighter in the history of the sport was never meant to achieve her destiny in the UFC.

With Cris’ UFC contract running out in a few months, all the hoopla surrounding the former Invicta Featherweight Champion might just nudge her towards Scott Coker’s Bellator MMA – a promotion which has a legitimate 145 pound division!

Previous article
UFC Fight Night Stockholm: Official Weigh-in
Next article
Legends’ division in the UFC – Is it the only way to stop the mass exodus?