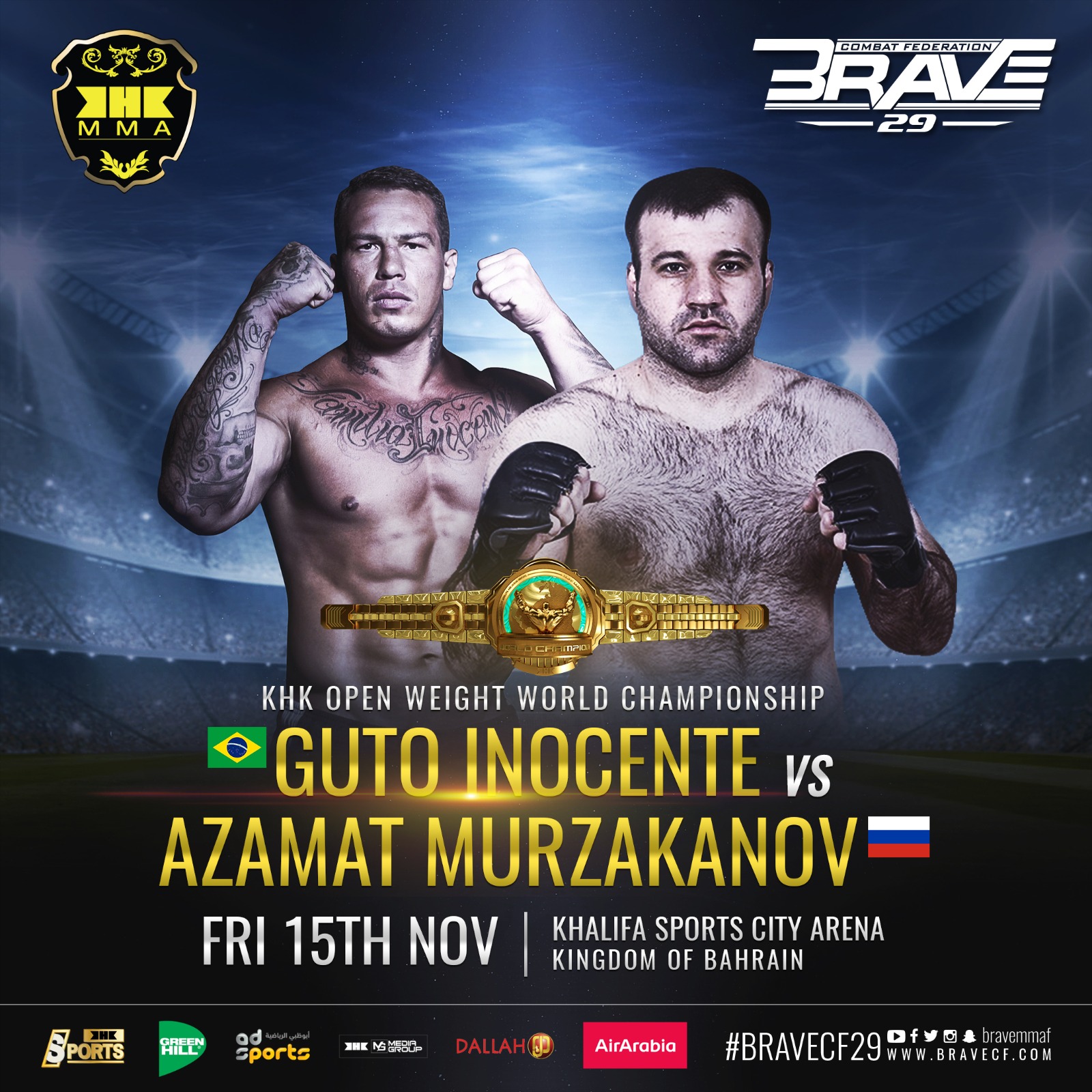 KHK MMA and BRAVE Combat Federation have announced the two match-ups for the inaugural KHK World Championships, a one-night, four-men, open weight tournament, that will take place on November 15th, during BRAVE CF 29. While five finalists were chosen, one of them was left out and will be kept as an alternate. The match-ups are Guto Inocente vs Azamat Murzakanov and Moise Rimbon vs Malik Merad. 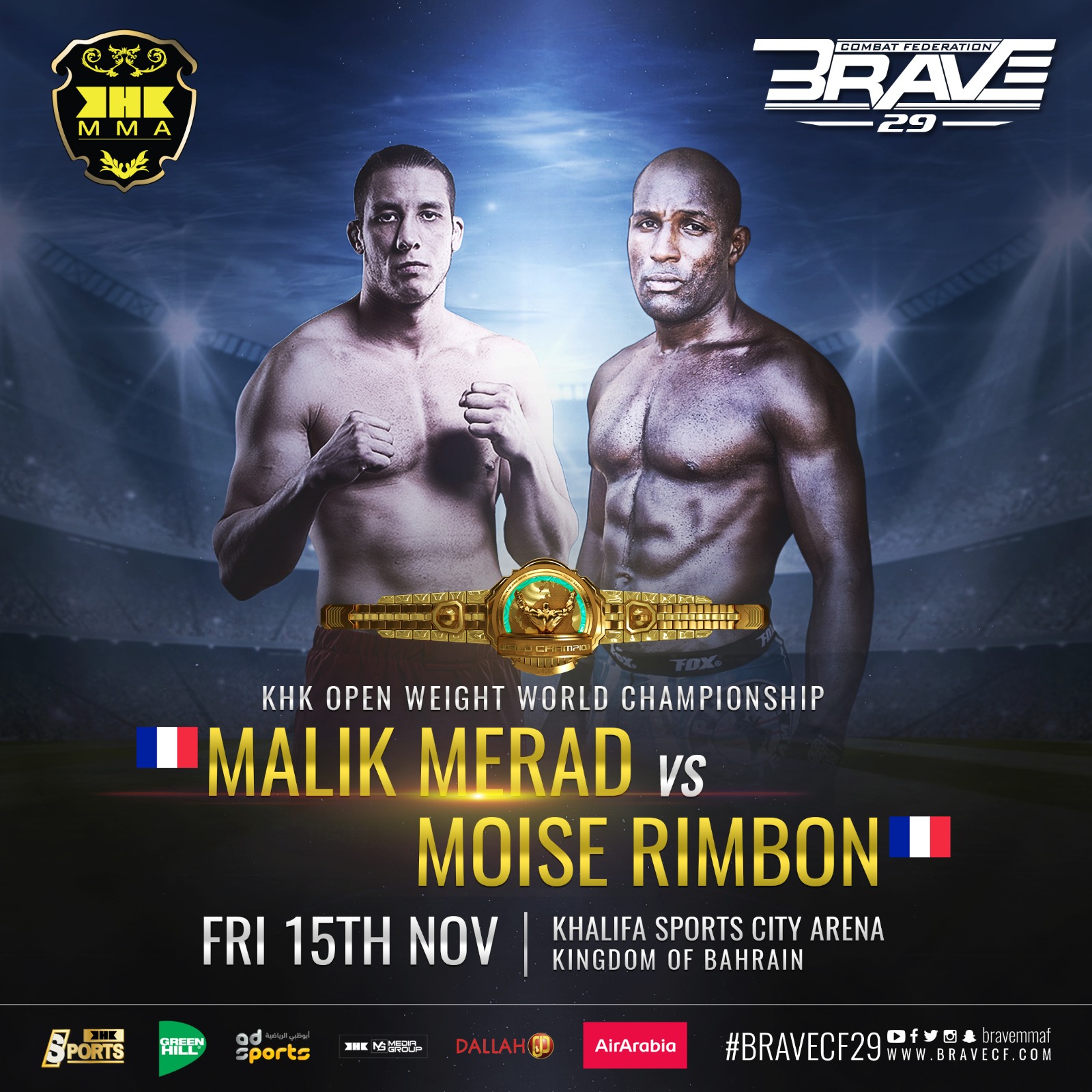 Both fights will happen at the beginning of BRAVE CF 29, so the winners of the two semifinals can have enough time to recover for the main event. Mohammed Fakhreddine, the other of the five finalists will be kept on as an alternate and can join the tournament in case of an injury.
Inocente and Murzakanov is a classic battle of striker vs grappler, as the Brazilian Guto Inocente is a multiple-time kickboxing champion as has fought for the UFC and Strikeforce, as well as Glory Kickboxing, while Azamat is a well-versed sambo fighter who currently holds an undefeated record in MMA, with seven wins in as many bouts.

The winner of this bout will face off against whoever comes on top between Malik Merad and Moise Rimbon, as two of France’s most-coveted veterans will face off in a battle for the ages to kick off the much-anticipated BRAVE CF 29 card.

The KHK World Championship will hand the winner a US$ 100,000 check, plus the right to be called the provisional holder of the KHK belt, adorned with 6.2 kg of gold, the most prestigious prize in sports today