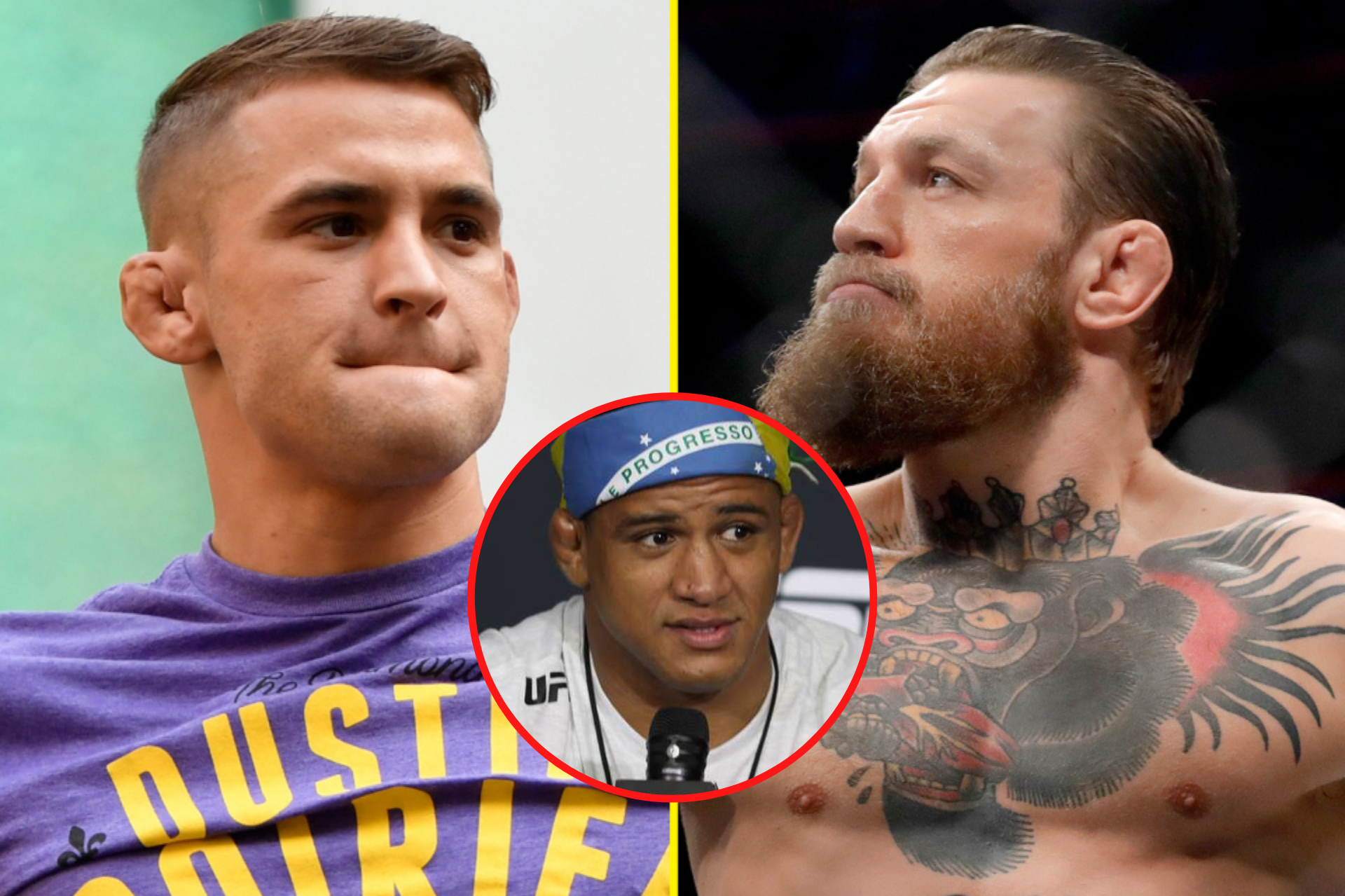 Conor McGregor is all set to fight the former interim lightweight champion, Dustin Poirier, at UFC 257 taking place on January 23 at the Fight Island in Abu Dhabi.

In their first which took place seven years ago, McGregor knocked out Poirier in the first round. In that fight, neither fighter attempted to take each other down. However, since then Dustin Poirier has improved a lot, both in terms of striking and grappling.

There has been a theory floating in the MMA ecosystem that Conor McGregor can’t grapple and hence Dustin Poirier might have an advantage this time around. However, according to Gilbert Burns, Poirier might be in for a surprised if he plans to take the fight to the ground against Conor McGregor.

“He’s (Conor McGregor) good,” Burns said in a recent video on his YouTube channel (h/t Derek Hall of Middle Easy). “People think he’s very bad, but he’s very good. People don’t remember he swept Nate Diaz in their first fight. I think he’s very underrated. People say, ‘All you have to do is take him down.’ First of all, when the guy controls the distance like Conor (McGregor), it’s not easy to take the guy down.“

Conor McGregor has been submitted twice in his UFC career, once by Nate Diaz and then by Khabib Nurmagomedov at UFC 229 in 2018. However, despite all of this, Gilbert Burns says that he is a good grappler and he also praised the Irishmen’s kicking game.

“Another thing that people don’t realise is those guys that kick a lot, they develop a lot power in their hips,” Burns said. “So those hips are very flexible and very strong. It’s that type of flexibility and strength that is the same one that you use to defend the takedowns. The point is, Conor’s Brazilian Jiu-Jitsu is not bad. People underestimate that, but he is a good grappler the way I see. For sure, he’s not a grappler. It’s not a natural thing. It’s not his natural thing, but for sure he’s put a lot of focus on that.”