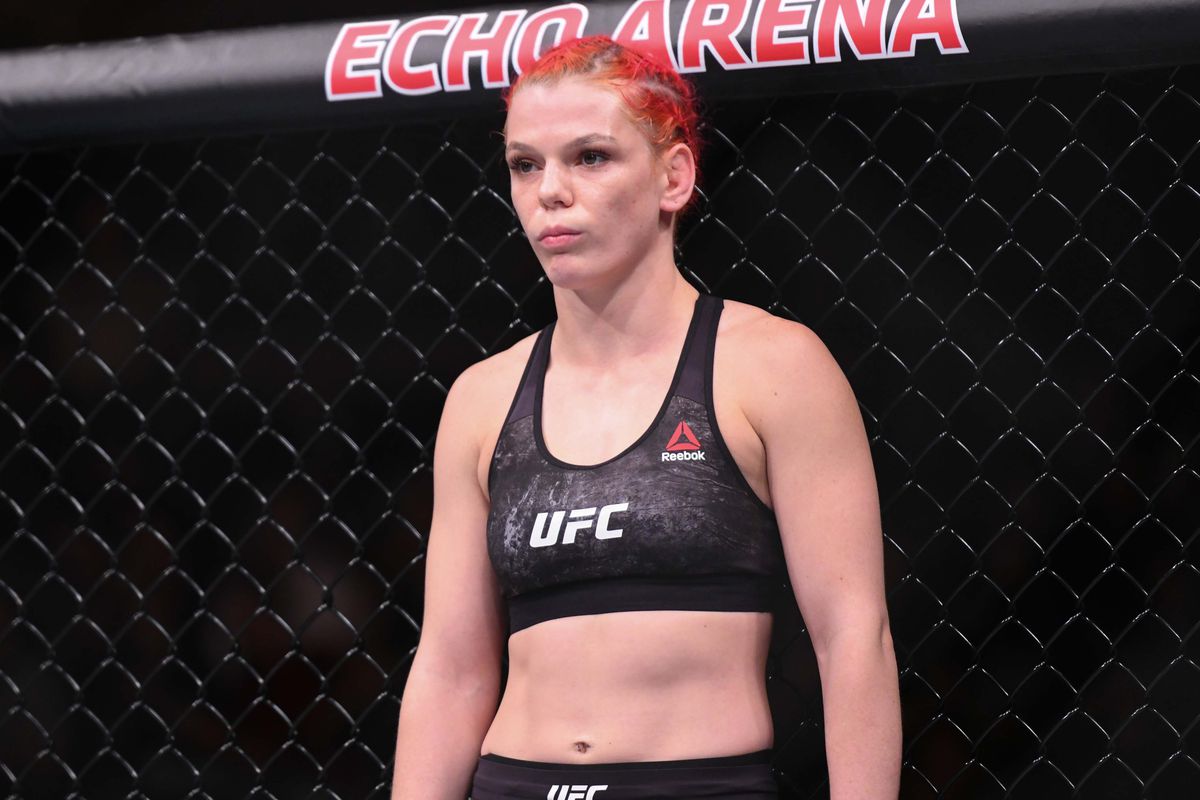 As reported first by ESPN, UFC is about to set a fight between the flyweight division’s hottest prospects.

Aged 24-years-old, Gillian Robertson (7-3) carries the record for most flyweight wins in the UFC.  At UFC 240, she improved to 4-1 in the promotion when she finished Sarah Frota in the second round with elbows. Reports of Robertson vs. Barber began circulating just days after her last fight. Maycee Barber (7-0) has been vocal about wanting to get back into the Octagon before the year is over— even taking to social media to claim that Paige VanZant, Mackenzie Dern, and Montana de la Rosa have all turned down offers to fight her.

Gillian Robertson appeared on SiriusXM and said the following :

🔊🚂“She’s a huge hype train right now and I’m ready to derail that.” – Gillian Robertson (@savage_ufc) discusses a future matchup with Maycee Barber and the commentary during her #UFC240 win over Sarah Frota #TLTS 🔥🔥🎧@lthomasnews pic.twitter.com/t5K4IJ28RN

Previously, Robertson said the following on her first TKO –

“(Finishing with strikes) is just something that happened. I’m honestly always hunting for the submission. I wanted to be able to display my ground-and-pound better during this fight, which I got the chance too. I was using the strikes to open up the submission, but then I heard the ref say, ‘You need to be more active, Frota.’ So then I just started opening up.”

What do you think? Who would emerge victorious in this flyweight clash?