MMA: Gina Carano comments on 10 year anniversary of her fight with Cris Cyborg 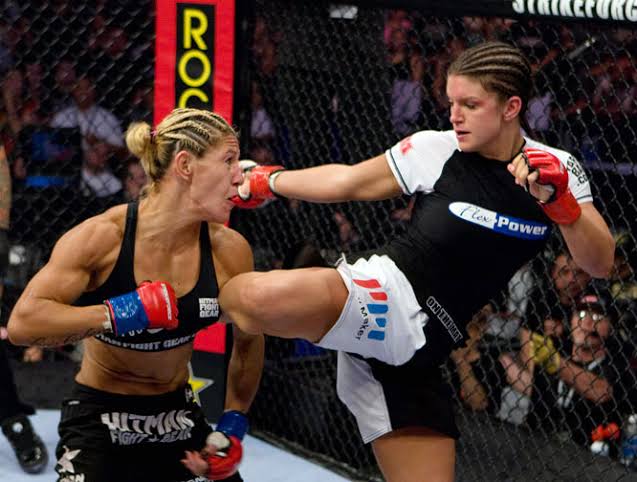 Women’s MMA is flourishing day by day, constantly bridging the gap between men’s MMA in all aspects. From President Dana White claiming the women will never fight in the UFC to females headlining cards left and right, women’s MMA has come a long way.

That being said, many names pop up. From first ever female UFC champion Ronda Rousey to current double champ Amanda Nunes. However, often underappreciated, would be Gina Carano. 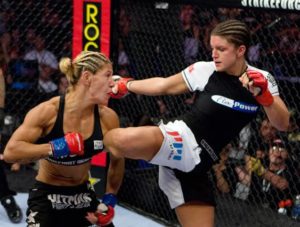 August 14, 2019, marked the 10th anniversary of a pivotal fight in the chapter of women’s MMA. A true beauty vs. beast matchup as then undefeated Gina Carano took on powerhouse Cris Cyborg respectively. The fight played a similar role which Forrest Griffin vs. Stephan Bonnar played for men’s MMA as nearly 14,000 people were in HP Pavilion in San Jose, Calif., and more than half a million more watching on Showtime.

Even though Carano was handed her first defeat ever, Carano took to Instagram to take a ride on the nostalgia train. (via Instagram):

“I felt high on a drug I’d never had before,” Carano told MMAjunkie when remembering the fight, years later. “I might’ve enjoyed that feeling had I not been in front of thousands of people, getting ready to fight, and had ‘Cyborg’ staring across the cage at me.”

UFC: Nate Diaz: “My brother is responsible for everything I’ve ever done”

Previous articleDC undecided if UFC 241 rematch against Stipe Miocic is retirement fight
Next articlePhoto: A jacked up Daniel Cormier on the cover of Fighters Only magazine!