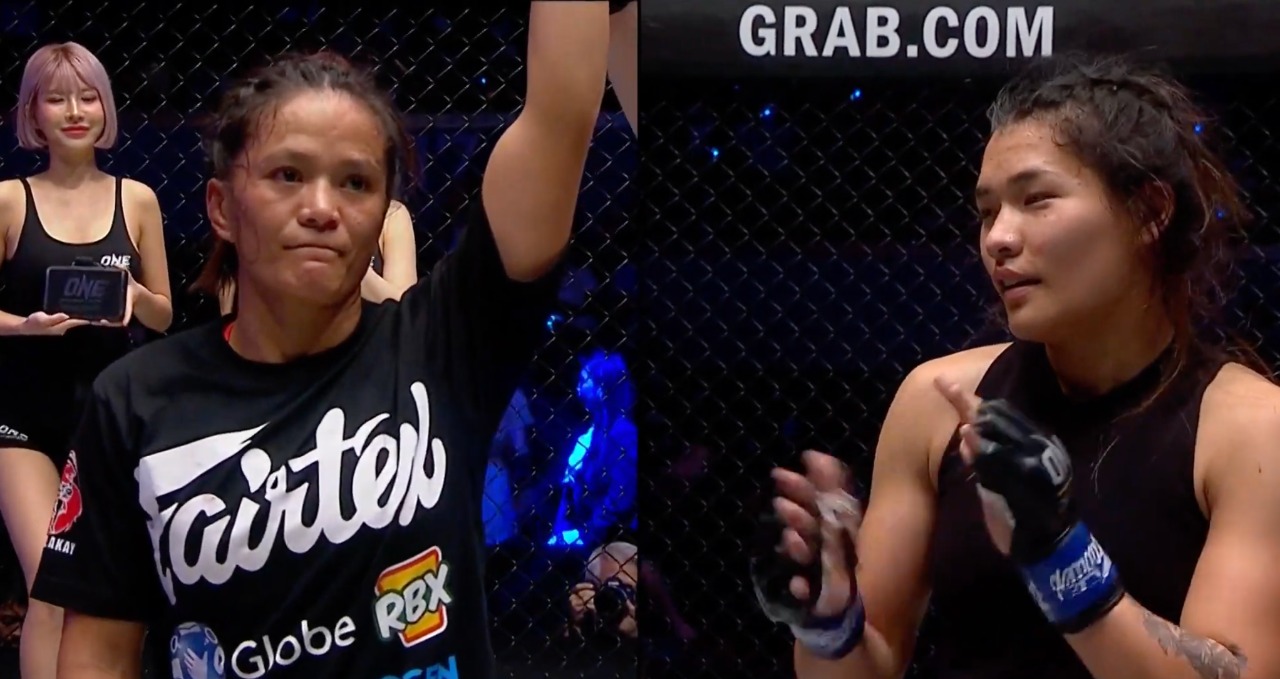 Gina dominated the fight early on. She shot for the takedown and then pushed Asha towards the cage and then followed it up with a takedown.

Gina then followed it up with a side control trying to submit Asha Roka. She managed to keep Asha on her back for the majority of the round at times going for ground and pound. She ended the round with a missed knee to the face. 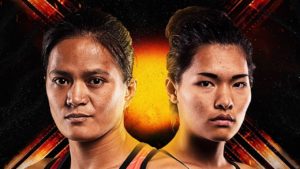 The second round started with a lovely overhand right from Asha Roka but it didn’t faze the Filipina. Gina followed up with a leg kick and then manages to takes her down.

Asha Roka manages to escape the guillotine, she pokes her thumbs out indicating that she is okay. She is saved by the bell#ONEchampionship https://t.co/ImLFwaom5g

Asha managed to get back on the top once, but again Gina manages to take her down and completely dominate the fight on the ground. Round three was very similar to the second round. Gina managed to get Asha Roka in a guillotine, which looked very strong, but Asha poked her thumb out to the referee indicating that she was alright. A couple of seconds later the bell rang indicating that the round was over.

In the third round, Asha Roka attempted a superman punch, which missed the target. But Gina followed up with a sidekick that landed on Roka. Although Asha rallied hard in the final 10-seconds of the fight, it was too little too late. Overall, it was complete dominance from Gina Iniong.

As I mentioned in my preview yesterday, the key to victory for Asha Roka was to avoid going to the ground and take Gina out as early as possible. Although Asha Roka looked like she can compete for three full rounds, she was beaten by Gina who had a superior ground game.

The judges scored the fight for Gina Iniong, who defeated Asha Roka via unanimous decision.