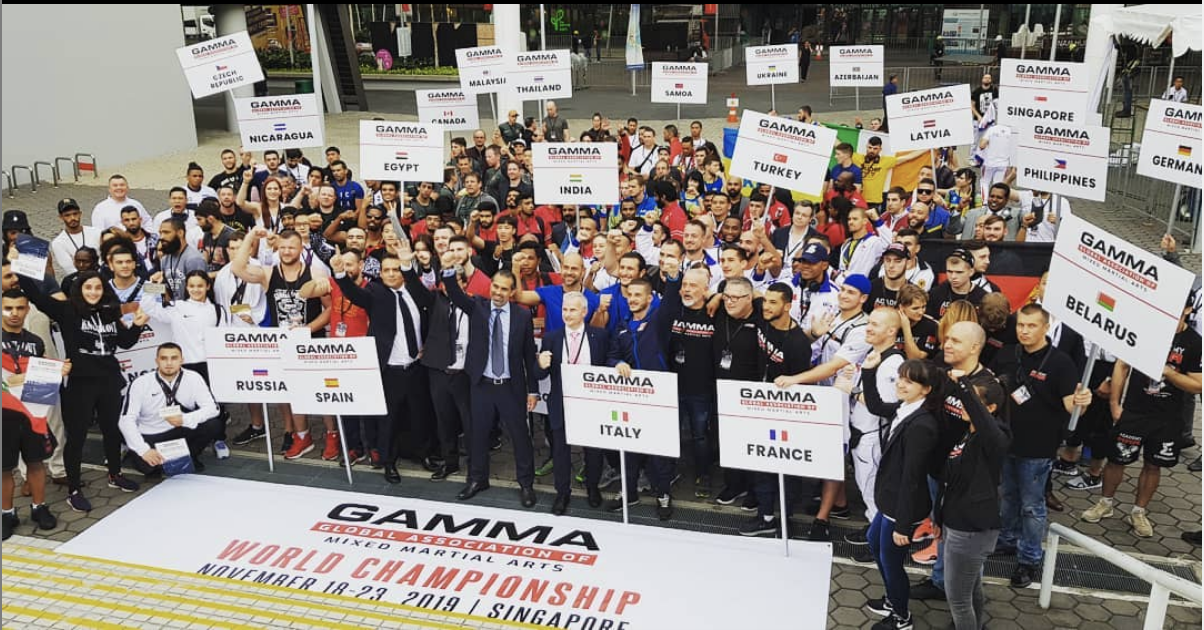 Observer Status from GAISF enables GAMMA to continue improving and strengthening governance, rules, policies, and global representation for the sport of mixed martial arts. GAMMA provides a safe and competitive platform to build and develop the mixed martial arts scene from the grassroots, carving a path of success for athletes who one day aspire to become professional mixed martial artists.

Chatri Sityodtong, Chairman and CEO of ONE Championship, stated: “As the world’s largest stage for martial arts, ONE Championship is a celebration of martial arts and its deep-rooted values of integrity, humility, honor, respect, courage, discipline, and compassion. The sport of mixed martial arts is an incredible medium to unleash the greatness of humanity. ONE Championship’s partnership with GAMMA is a testament to our commitment to giving all amateur athletes the support they need as they pursue a career in mixed martial arts, including opportunities to earn scholarships to train in the best gyms around the world, and the chance to showcase their talent on the most prestigious stage of global competition. I fully support GAMMA’s dedication to further developing the sport of mixed martial arts, and I’m excited to see it one day be recognized as an official sport in the Olympics.”

Alexander Engelhardt, President of GAMMA, stated: “The success of the GAMMA World Championship in Singapore last November brought together different great nations in celebration of martial arts and our community. Now, it’s time to take the next step forward. Through our partnership with ONE Championship, GAMMA’s goal is to provide all mixed martial arts athletes the global platform to showcase their skills. GAMMA is built on the strong foundation of the true values of martial arts, and we believe having Observer Status with GAISF brings us closer to achieving our ultimate goal – to bring the sport of mixed martial arts to the Olympics.”

Based in Amsterdam, GAMMA is a non-profit organization made up of thought leaders and pioneers in mixed martial arts across five continents with decades of experience in the sport. GAMMA is headed by its President, Alexander Engelhardt, and its members are made up of national federations across almost 100 countries.

The application is a major leap forward in GAMMA’s quest for approval from the GAISF and ultimately from the International Olympic Committee (IOC) to recognize mixed martial arts as an Olympic sport.

GAMMA’s objective is to obtain international recognition for mixed martial arts as an Olympic sport, in order to give all mixed martial artists the platform and opportunity to fulfill their dream of competing on the Olympic stage.

Previous articleMax Holloway reveals he will be suing someone after his UFC 226 health debacle
Next articleMichael Bisping: Colby Covington’s career could be done if he keeps breaking his jaw!