GOAT for a reason: Despite missing weight, Johnson getting back 20% of purse from Artem Lobov 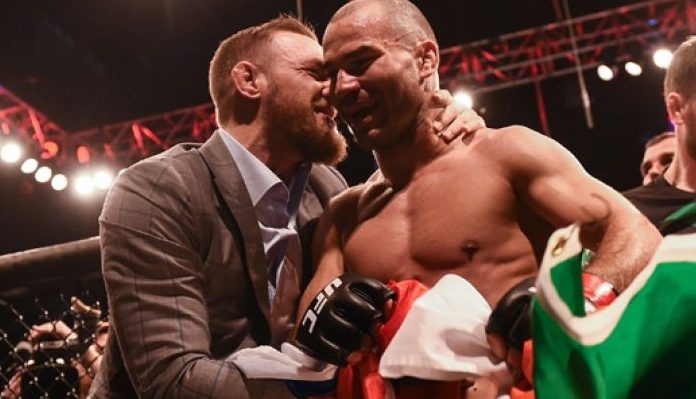 Artem Lobov may have been made fun of by mixed martial arts fans as well as the media, but he proved last night what sort of person he actually was. Michael Johnson was set to miss out on 20% of his original purse due to missing out on making the weight for his fight.

Artem Lobov was originally set to face Zubaira Tukhugov in the fight. However, following the events of the post-main event fight of the UFC 229 pay-per-view, Tukhugov was pulled from the bout. Lobov was left without an opponent for the UFC Fight Night 138: Moncton event, until in stepped Michael Johnson.

With so little time to prepare for the fight, Johnson did not have too long to either train or prepare for his fight. As a result, it surprised no one, when at the UFC Moncton weigh-ins he came in at a pound heavier than what he was supposed to be.

Michael Johnson, who accepted tomorrow’s fight against Artem Lobov on two weeks’ notice, missed weight this AM by one pound. Lobov’s head coach @John_Kavanagh confirms Lobov has accepted the fight. First reported by @MikeBohnMMA. 20% of Johnson’s purse goes to Lobov. However …

I’m told @RusHammerMMA went up to Johnson afterwards and said he will make sure MJ gets the full 20% back bc he is appreciative of the fact that MJ took the fight on short notice. The rules are Lobov has to take the money but he gave Johnson his word he’ll get it back to him.

As a result, according to the rule he was supposed to surrender 20% of his purse to Artem Lobov. However, Lobov showed true class with how he reacted to the incident.

He vowed that he would return the 20% right back to Michael Johnson, and asked UFC to save him the effort and do it himself. He went on to say, “I show respect where it’s due. Always.”

I asked Artem Lobov about his decision to give back Johnson’s fine. “I told the UFC to save me the trouble of transferring the cash and just pay him in full,” he said. I’m happy to sign any waivers.

Lobov obviously has a lot of respect for Johnson for taking the fight on such short notice, but he deserves respect as well, for his voluntary gesture of turning away part of his opponent’s purse.