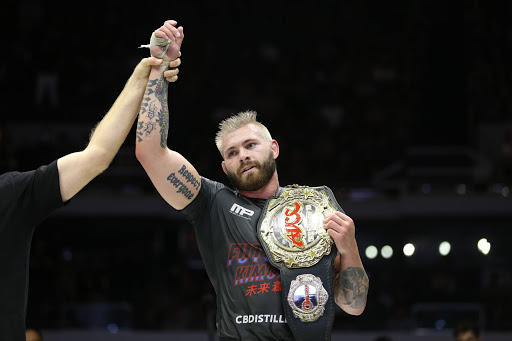 One of the most decorated and talented jiu-jitsu champions and grappling sensation in recent years Gordon Ryan has finally landed in MMA and signed a deal with ONE Championship. The One Championship roster of MMA fighters has added a top name to its list of elite grapplers. Gordon Ryan, a multiple-time grappling world champion considered to be among the greatest jiu-jitsu competitors, has signed with the Singapore-based fight promotion to make his pro debut in MMA and also compete in submission grappling, One CEO Chatri Sityodtong announced Monday on social media.

BREAKING NEWS: Gordon Ryan has signed with ONE Championship for both mixed martial arts and submission grappling!

Details of Ryan’s debut were not announced.

Ryan, who is 24 and from New Jersey, most notably won gold medals in both his weight division (99 kilograms) and the absolute (no weight limit) competition at the 2019 Abu Dhabi Combat Club world championships, making him the first competitor in eight years to win double gold at this prestigious annual event.

Ryan is regarded by many as the best pound-for-pound grappler in the world. He is a three-time ADCC champion, IBJJF no-gi champion, and a four-time Eddie Bravo Invitational champion. He’s defeated many notable MMA names in grappling competitions, including Josh Barnett, Gabriel Gonzaga, Rousimar Palhares, and Vagner Rocha.

Currently scheduled to rematch UFC veteran Vagner Rocha in a grappling match on March 26, “King” Ryan has made headlines over the past few weeks after an altercation with fellow jiu-jitsu star and former Strikeforce fighter Andre Galvao, slapping him twice in the face shortly after a win over Roberto Jimenez.

Everyone is excited to see Ryan perform in MMA but that’s not what one of the best coaches in MMA and grappling wants Gordan to go forward with.

“I’m doing my best to talk Gordon Ryan out of doing MMA,” coach John Danaher recently told Flo Grappling. “I believe that grappling is at a pivotal point in its history. There is a chance submission grappling could expand to a remarkable degree over the next 10 years. For that to happen, the sport needs superstars.”

And superstars need money, which is why most high-profile grapplers and wrestlers eventually transition to MMA, including Askren.

“It’s individuals who start revolutions,” Danaher continued. “I believe that people like Gordon Ryan, Craig Jones, Garry Tonon, numerous other people from other teams could do something positive in this direction. If Gordon went to MMA, I feel like that would be lost. My dream is to make a situation where young grapplers don’t need to go to MMA to make money.”