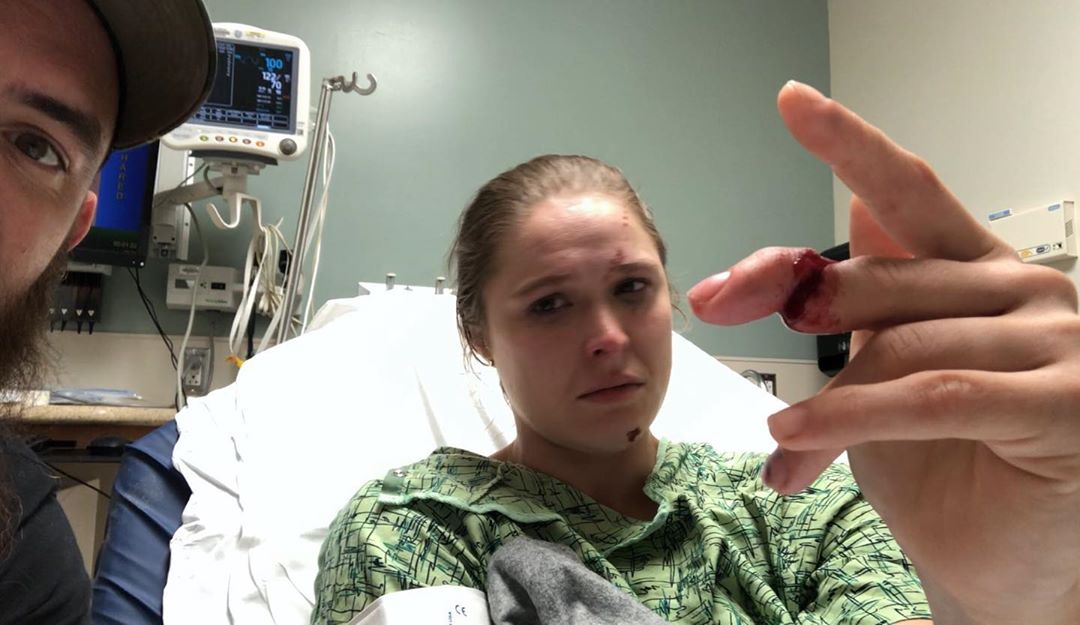 Ronda Rousey is best credited with bringing mainstream attention to the Women’s MMA has been a dominant force in the WWE as well. As her carer progressed she even got numerous chances to work in movies. Her best work till date is in Fast & Furious 7

Throughout her career, she has had to go through numerous injuries right from her days as a Judoka to MMA than to WWE and now she has suffered an injury in the movie set as well. Ronda recently posted an incredibly graphic image on her Instagram account, where she showed her fans a nearly decapitated finger. 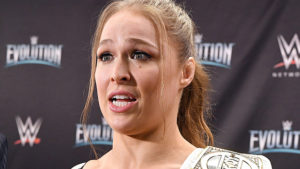 The injury occurred on the set of ‘9-1-1’ which is the latest TV show on Fox where a boat fell on her hand and had to be taken to the doctor where they fixed her fingers with “bone and tendon with a plate and screws.”

She also revealed that she returned to the set the next day and finished her scenes. (Seriously!! What is she made of)

“I thought I like just jammed my nail, Rousey said. … “I was thinking like ‘ouch, f— and then like don’t be a p—-, just finish the scene.’ So I finished the scene and I had all these lines and stuff and I was throwing things off of the boat. And then I looked down and I was like ‘oh.’