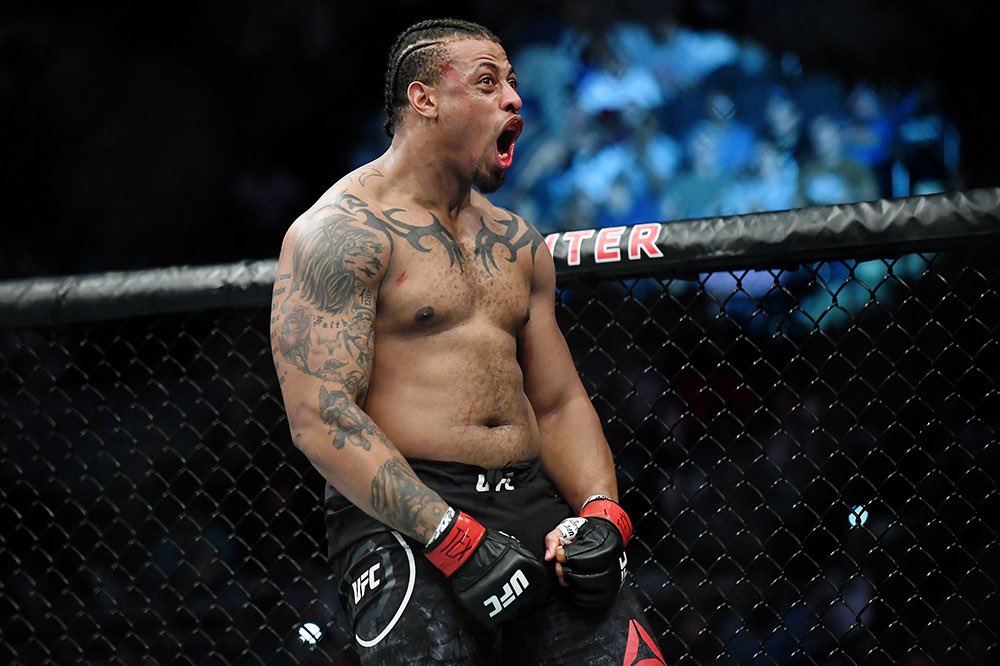 On the main card of UFC on ESPN 4 which took place in San Antonio last week, former NFL defensive lineman turned MMA fighter, Greg Hardy, brutally knocked out Juan Adams in the first round and put the entire heavyweight division on notice. 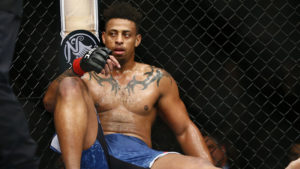 After the fight, he reminded people to not doubt him again and sent out a message for his haters.

“I feel like saying I told you so,” Hardy said (video via MMA Junkie). “I said it was going to happen and it did happen. I’m pretty sure he went to the hospital. So, boom.”

”Did you see the Whizzer?” he added with a smile. “I’m making little developments. Everyone wants to talk about the cockiness and the things that I say on camera but everybody forgets the last statement. I go back and I’m going to work. I’m going to fix things, I’m going to add skills. This is an everyday occurrence, an everyday thing and I’m not going away.”

He then promised his fans entertainment and a whole lot of hurt for his opponent.

”Y’all saw it in the ring, I’m bleeding for these fans,” Hardy said. “Y’all love me and I love you back. And even if you don’t love me, I love you. So I’m here for it, I’m here to entertain, I’m trying to get back as soon as possible, man. I think I proved my main point, which is I walk forward, I’m not scared of anything, and I’m one of the most dangerous men on the planet.”

”I need to keep my promise to you guys: entertainment and a whole lot of pain. And I need to get back into the lab, I need to study, I need to become a student of the game even more so. I need to ignore the BS that fans are going to talk about fighting this opponent or that opponent and keep my mindset on the goal. Because everybody will get fought.”

Who do you guys want to see Greg Hardy fight next?