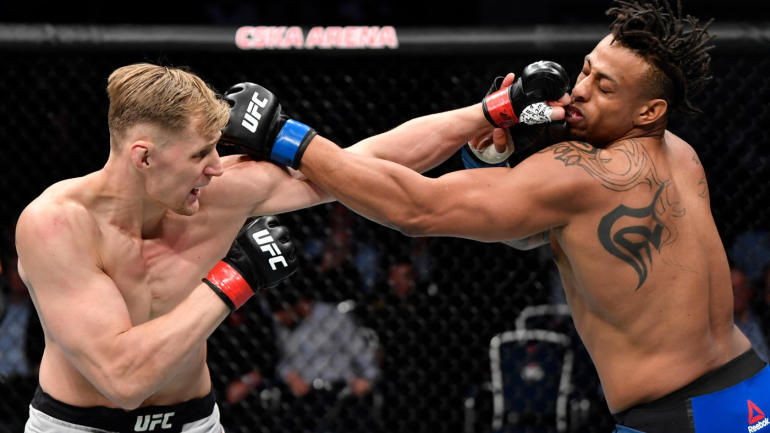 Hardy took this fight on a three-weeks notice after Junior Dos Santos had to pull out of the fight because of a staph infection. His last fight against Ben Sosoli ended in an NC after he took an inhaler in between the rounds. 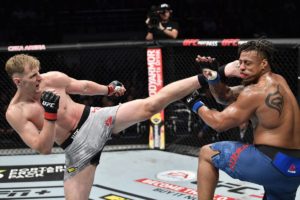 Hardy has reacted his unanimous loss to Volkov at UFC Fight Night 163.

“I kind of lost the use of my right hand after the first, so my mind was just, ‘Get comfortable,’” Hardy said (via MMA Fighting). “I kind of settled in front of him. I wanted to close the distance a little bit more.

“I feel like I got back into the game plan later in the fight, but you can’t fight somebody like Alexander Volkov and start in the middle of the second round.”

He promised that he will back stronger the next time he steps inside the cage and said that the bar he has set for himself is very high.

”The bar where I want to get to is astronomically high,” he said. “It’s so far away from me that I’m in tears on the inside.

”I have a lot to go, and I’m going to go get it. I’m going to sweat and bleed until it’s done. I will be the ‘King of War.’ But right now, I’m humbly bowing down as the ‘Prince of War’ in defeat to one of the best in the game right now.”

“I’ve got to check out the film, see what I did wrong, (and) analyze it professionally,” he added. “But right now, the only thing that matters is the ‘W,’ and I didn’t leave with the ‘W,’ so that means there’s work to be done, and I didn’t do exactly what I said I was going to do. And that makes me feel very bad.”

Who do you guys think he should fight next?

Previous articleWatch: Tyson Fury works on knees, elbows and sprawling with UFC middleweight star Darren Till
Next articleNate Diaz shuts down retirement talks: “Who says I am retired”