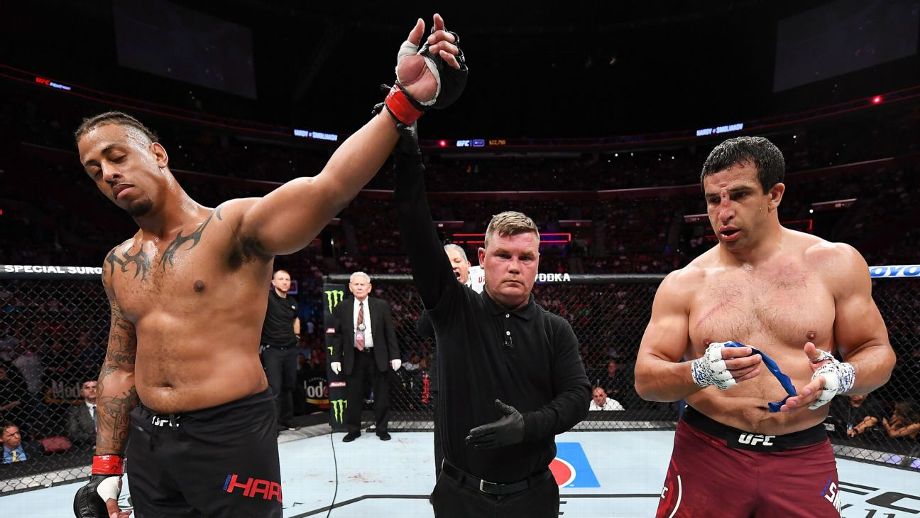 Former NFL player Greg Hardy today fought for the second time in the UFC octagon and scored a brutal first-round knockout, thus improving his overall MMA record to 4-1 with 3 first round knockout wins.

He defeated Dmitry Smoliakov at the UFC Fight Night 150 in BB&T center in Sunrise, Florida. He needed just 2:15 to knock the Russian out. This was a much-needed victory considering his UFC debut ended in an unpleasing fashion as he was disqualified. 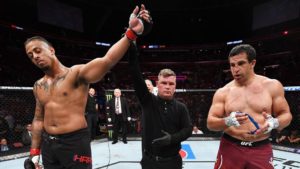 Hardy started hurting Dmitry right from the beginning with hard hammer-fists and uppercuts, which forced Dmitry to cover up, but he ended up taking more damage and ultimately the referee stepped in and waved off.

“It felt amazing,” Hardy said. “I didn’t get lost in it this time. I knew my purpose, I came out, I executed, and I listened to my coaching.”

Greg Hardy says that he hit a lot of walls being a rookie in MMA, but that his team made adjustments. “Leaps and bounds, man. You think ‘Stylebender’ grows fast? My avatar hasn’t even been unlocked, man.”