Greg Hardy thinks he’s the fastest, most athletic person in the UFC 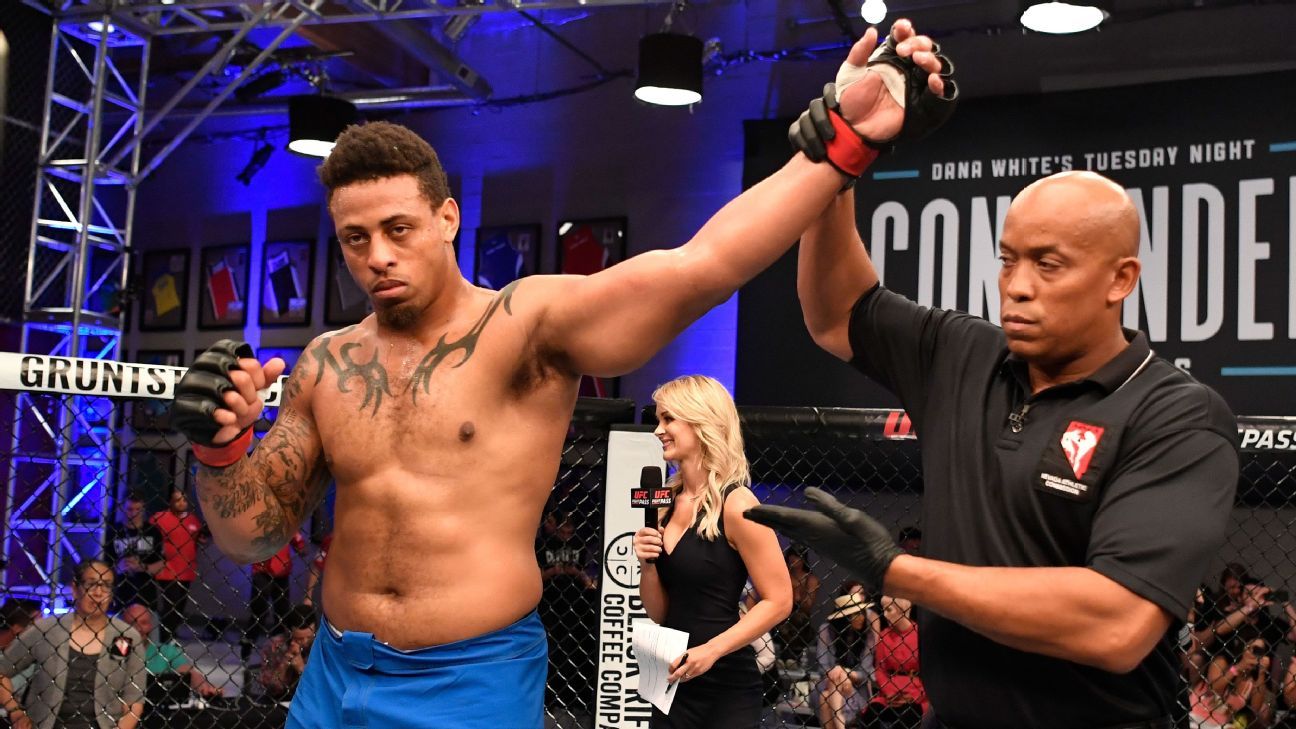 Earlier this year Former NFL player Greg Hardy made UFC debut on ESPN+ at the Barclays Center in Brooklyn and he faced heavyweight contender Allen Crowder. The match didn’t turn out too well for him as he was disqualified for illegal knee strikes on Crowder at the 2:28 mark of Round 2. After Crowder was unable to continue, the bout was called off. 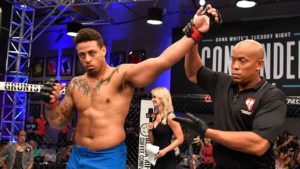 Now Greg Hardy will have a second go into the UFC Octagon as he faces Dmitry Smoliakov of Russia this weekend at the BB&T center in Sunrise, Florida at UFC Fight Night 150. In just his second fight, Hardy has got the co-main event spot and the former pro baller is quite happy with it.

“It’s like being in the Super Bowl back to back,” Hardy told MMA Junkie at media day. “It’s like being in a playoff game over and over again. It gives me confidence. I’ve got the opportunity to come out, show what I’ve got. The powers that be believe in me. It’s a great feeling.”

Hardy talked about his debut fight in the UFC which ended up in him being DQ’d by the referee.

“We took some time, watched the film, calmed down after an aggressive fight, and just broke the fight down and moved forward,” Hardy said. “It was actually a fun process. … It was more just me being a young fighter. Not heeding all my coaches’ advice with all the adrenaline and this, this and the other. I don’t do nerves. I’ve been a professional athlete too long.”

He also said that he is the fastest and the most athletic fighter in the UFC, and this is true to some extent as he was a defensive end for the Carolina Panthers.

“I don’t think I match up with anybody,” Hardy said. “I think I might be the biggest person in the UFC. Hopefully, I’m the fastest, one of the most athletic. I think the only difference between me and everybody else is my intelligence in the game and my training experience. I’ve been working every day tirelessly trying to catch up on that, but athletically and physically, there’s no comparison.”