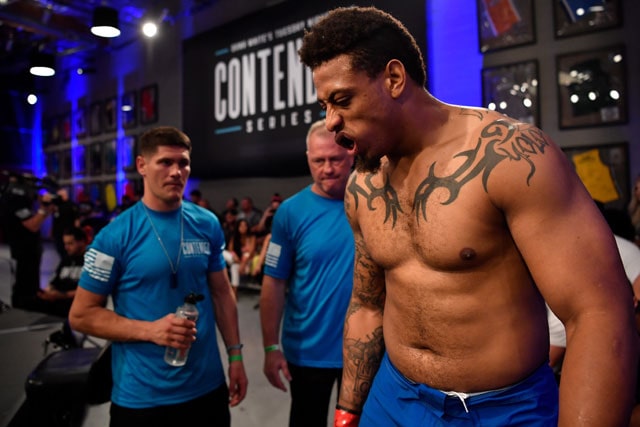 He then continued his winning streak by knocking out Juan Adams in the first round at UFC on ESPN 4. Greg Hardy is now confident of being the next UFC champion. 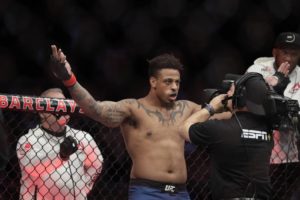 “This is my time basically to just work on everything that is Greg Hardy,” he said in an interview to MMAJunkie. “Grappling, punching, there are no specifics. There’s not a guy to worry about taking me down. This is where I become a martial artist and take the next step… Just encompassing everything that is a fighter and build my game to be an actual world champion instead of some fluke showcase movie-deal fight guy.”

He also addressed the recent criticism from fans who have accused Hardy of not fighting tougher opponents. He cleared the air regarding that and said that he plans on fighting a top 15 opponent next.

“These guys push me to become something the world has never seen,” he said. “We’re going to be the most complete, most dangerous, most vicious fighter of all time. We are literally stone-by-stone, brick-by-brick building everything I need.” (H/T – BJPenn.com)

Who do you guys want to see Greg Hardy fight next?