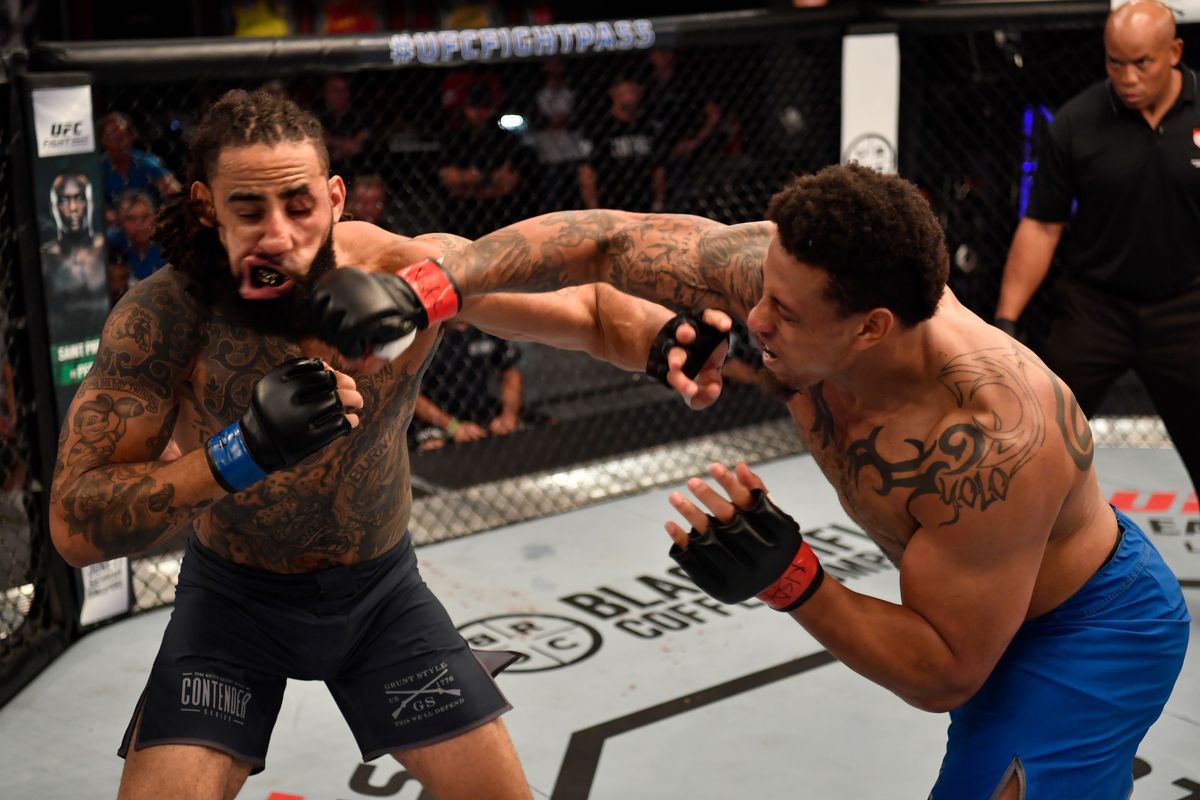 Former NFL defensive end Greg Hardy will make his UFC debut in January, according to UFC president Dana White. The news was first reported by Brett Okamoto of ESPN.

The 29-year-old former defensive end last played in the NFL in 2015, and after pivoting to MMA the following year, he went 3-0 as an amateur, all by first-round knockout. He then went on to win two bouts in Dana White’s contender series.

According to ESPN, Hardy will make his UFC debut against Allen Crowder (9-3) at UFC Fight Night on Jan. 19 in Brooklyn, New York at UFC’s inaugural show at ESPN+.

Hardy denied assaulting the woman and claimed that she suffered bruises while hurling herself into a bathtub in his apartment after he said he wouldn’t sleep with her, and that she threatened to kill herself if she left his building. He appealed and asked for a jury trial, and the case against him was dismissed in February 2015 after the woman failed to appear in court, with prosecutors suggesting that Hardy had privately reached a financial settlement with her.

What’s more surprising is that Hardy is making his debut on the same card as Rachael Ostovich who was very recently subjected to domestic violence by her Husband. The move of UFC to put Hardy in the same card as Ostovich has received massive criticism from MMA fans.

Tim Means has beef with ‘little’ Diego Sanchez, wants to fight him