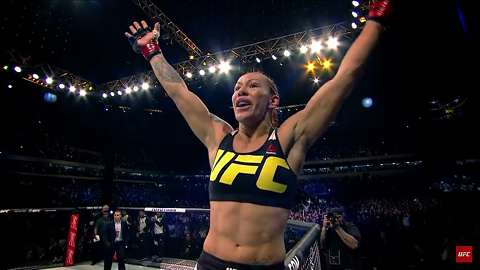 After getting into a brawl with Angela Mangana, Cris Cyborg is now involved in another brawl but of a different kind.
She recently took to twitter to complain about not being paid for a speech that she gave for a seminar conducted by Grrrl clothing and for which apparently tickets were sold. 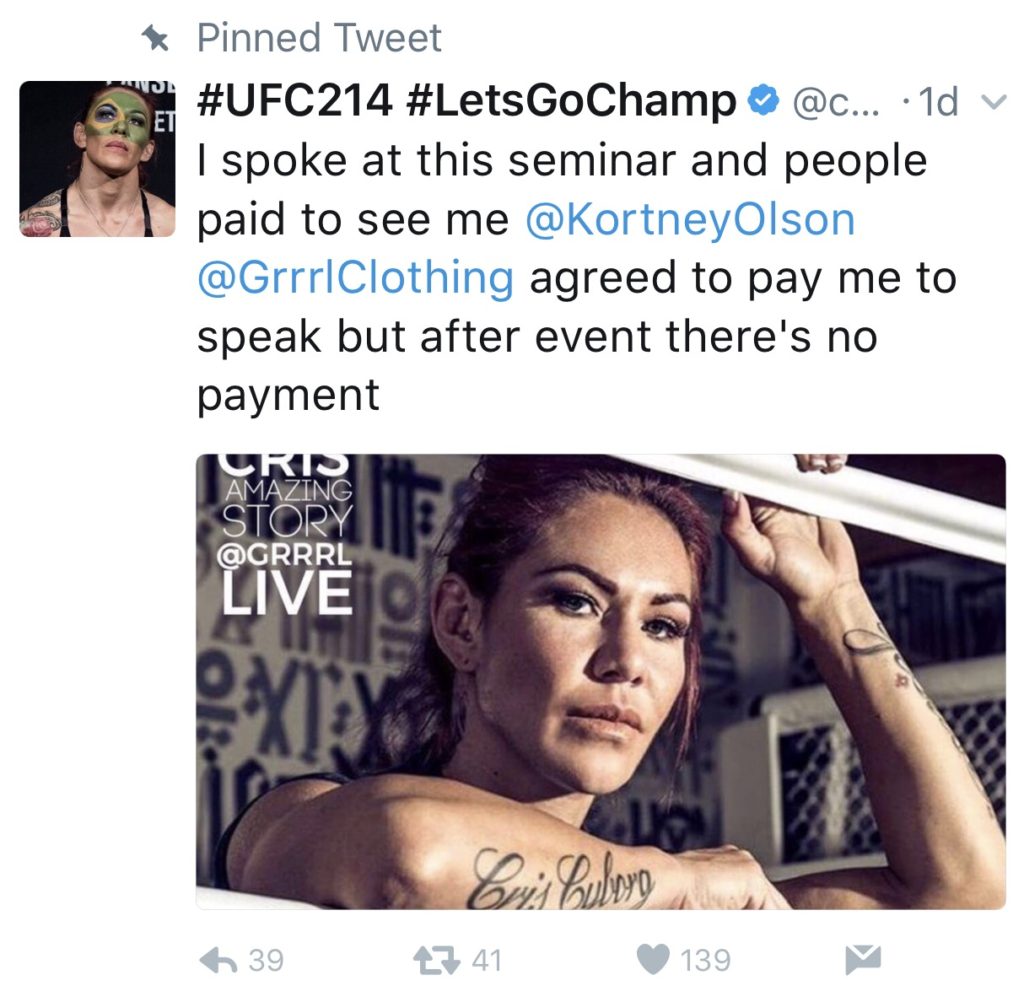 Grrrl clothing on the other hand put out a statement by it’s owner/founder Kortney Olsen, stating that they had hired Cyborg for a 12 month period as their clothing brand ambassador but after the Angela Mangana controversy, they decided her actions were not in line with the image they wanted for the company since a lot of impressionable young girls were also their clients.
Cris Cyborg took to Twitter again to let everyone know that Grrrl Clothing,even after putting out the statement was still using her image on their website. 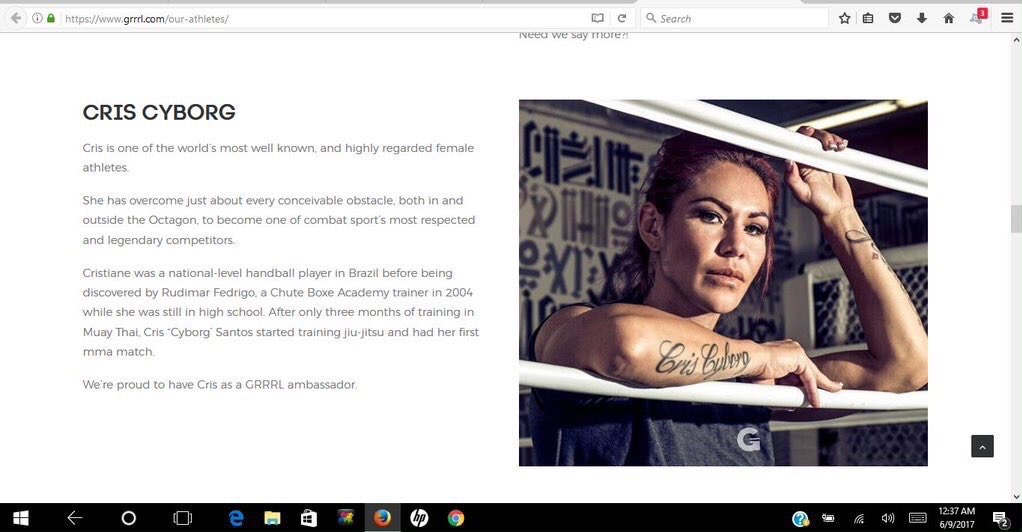 The MMA India Show’s stand on this is even if Grrrl Clothing wanted to terminate their contract with Cris Cyborg but they still need to pay her for the work she had already done. Withholding someone’s duly earned money is also not a great message for the young impressionable minds that Grrrl Clothing and it’s founder Kortney Olsen, profess to be concerned about.