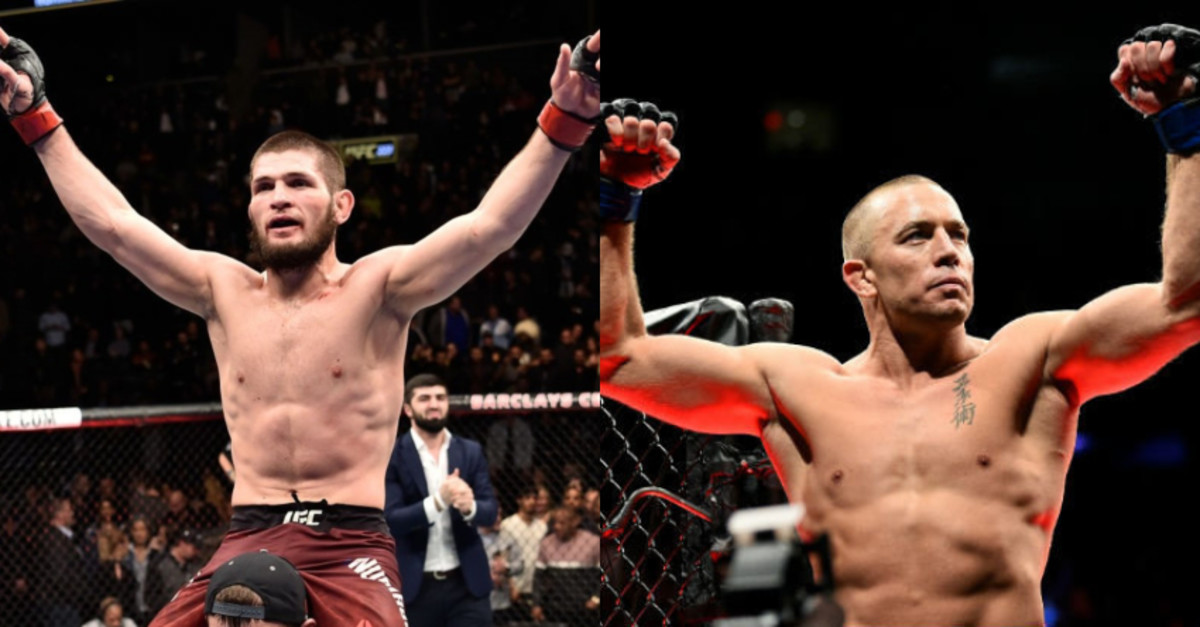 Khabib Nurmagomedov retired from the sport of Mixed Martial Arts back in October of 2019 following his second-round submission win over former interim champion Justin Gaethje in the main event of UFC 254. There had been talks about a fight between Georges St-Pierre and Khabib Nurmagomedov.

The Dagestani star had also expressed interest in fighting Canadian superstar for quite some time. His late father, Abdulmanap Nurmagomedov also wanted Khabib to eventually fight Georges St-Pierre and then retire from the sport. 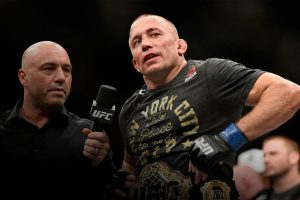 While we may never see both of them fight inside the cage, GSP has dubbed Khabib Nurmagomedov as the scariest pound for pound fighter on the planet.

“To me, Khabib is one of the scariest to do it. Because he’s beating you down. He’s not only beating you, but he’s breaking you mentally. And for me, that is worse than anything. For me, he’s the scariest one pound-for-pound,” GSP told in a recent appearance on Joe Rogan podcast.

“I would have been (interested in fighting Nurmagomedov). But it’s over now. I was done three years ago,” GSP said.

Georges also told Joe Rogan that he wanted to come out of retirement to fight Khabib Nurmagomedov, but he felt that at 40 years old his best was behind him.

“I wanted to come back for Khabib because for a fighter, the scariest thing sometimes is the most exciting thing to do. And (Khabib) is a problem that has never been solved before. But to come back for another guy and to fight for another title, then if I win it’s going to be another one and another one. I’m going to turn 40 years old, and I hate to admit it Joe, and I refuse to accept it, but sometimes I feel like my best years might be behind me,” St-Pierre said. (h/t – BJPenn.com)

Who do you guys think would have won in a fight between GSP and Khabib Nurmagomedov? Let us know in the comment section below.