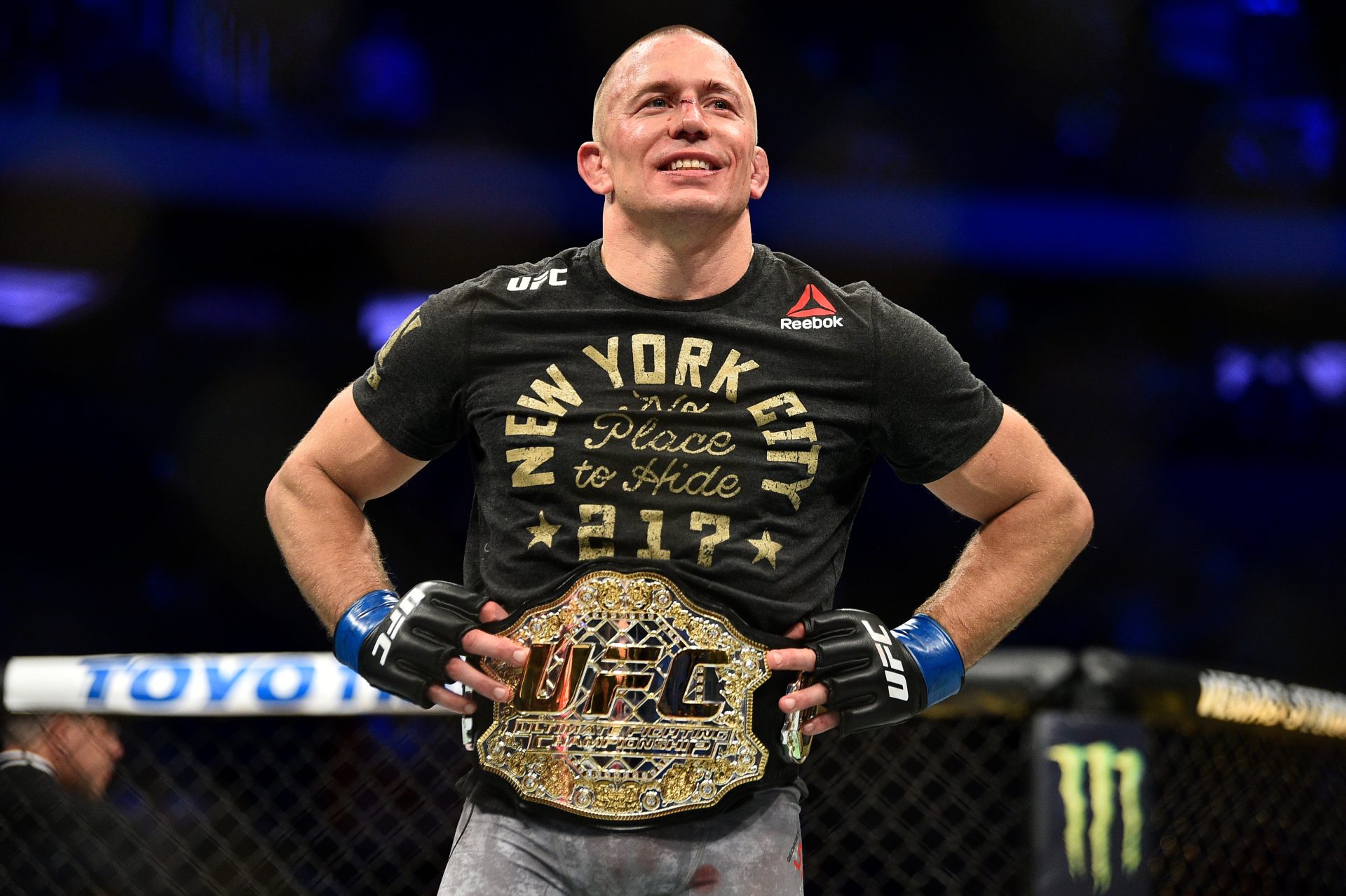 Former UFC Welterweight champion George St-Pierre(GSP) reveals in an interview the most humiliating moment in his career. 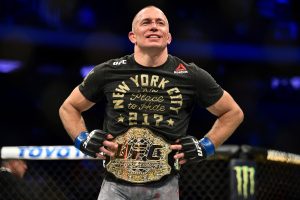 The Canadian mixed martial artist is arguably the greatest fighter in the UFC. With a record of 26-2-0, GSP has recorded victories against the most dangerous fighters in the welterweight division, like Nate Diaz, Micheal Bisping, and Thiago Alves. Despite a flawless career like his, George revealed that his loss against Matt Serra was the most humiliating moment of his career.

After regaining victory against the first fighter to ever defeat him Matt Hughes, GSP lost his title to Matt Serra in 2006. George got stunned by Serra’s punch to the face early in the first round, which was followed by a combination that finished him. GSP said that he learned a lot after this loss, and has never lost since then.

“There is a saying that nothing can make you weaker than a victory, and it’s true. That’s what happened when I beat Matt Hughes,” St-Pierre told BT Sport. “My loss [against Serra] made me much stronger because I learned from it, but my victory weakened me. I was the new face of the UFC, I was young and I was the guy who just beat Matt Hughes. Everyone saw in me an aura of invincibility, and I started to believe in it.”

“Nobody gave him a chance, including myself. I went there and he clipped me with a very good punch and I was never able to come back into the fight. I learned a big lesson again, it’s not always the best fighter that wins the fight, it’s the fighter that fights the best the night of the fight.”

“It was the most humiliating thing in my career,” St-Pierre said. “I felt I let down everybody, even though it turned out to be a positive experience because it made me who I am today, a much better fighter and martial artist.”

However, George St-Pierre is one of the very few fighters who has defeated every single opponent that he has ever faced, after he regained victory in his rematch with Matt Serra in 2008 via TKO.

The MMA world was in a frenzy when talks of GSP’s return for a fight against Khabib were being done by both fighters. It is no doubt that the fight will do record breaking numbers, and will be a fight that will go down in history as a clash between two legends.

Do you think the fight will happen?

Previous articleUFC News: Georges St-Pierre says chances of Khabib Nurmagomedov are “incredibly low”
Next articleUFC News: Luke Rockhold calls out Darren Till for a comeback fight, but would love to “shut up” Chris Weidman