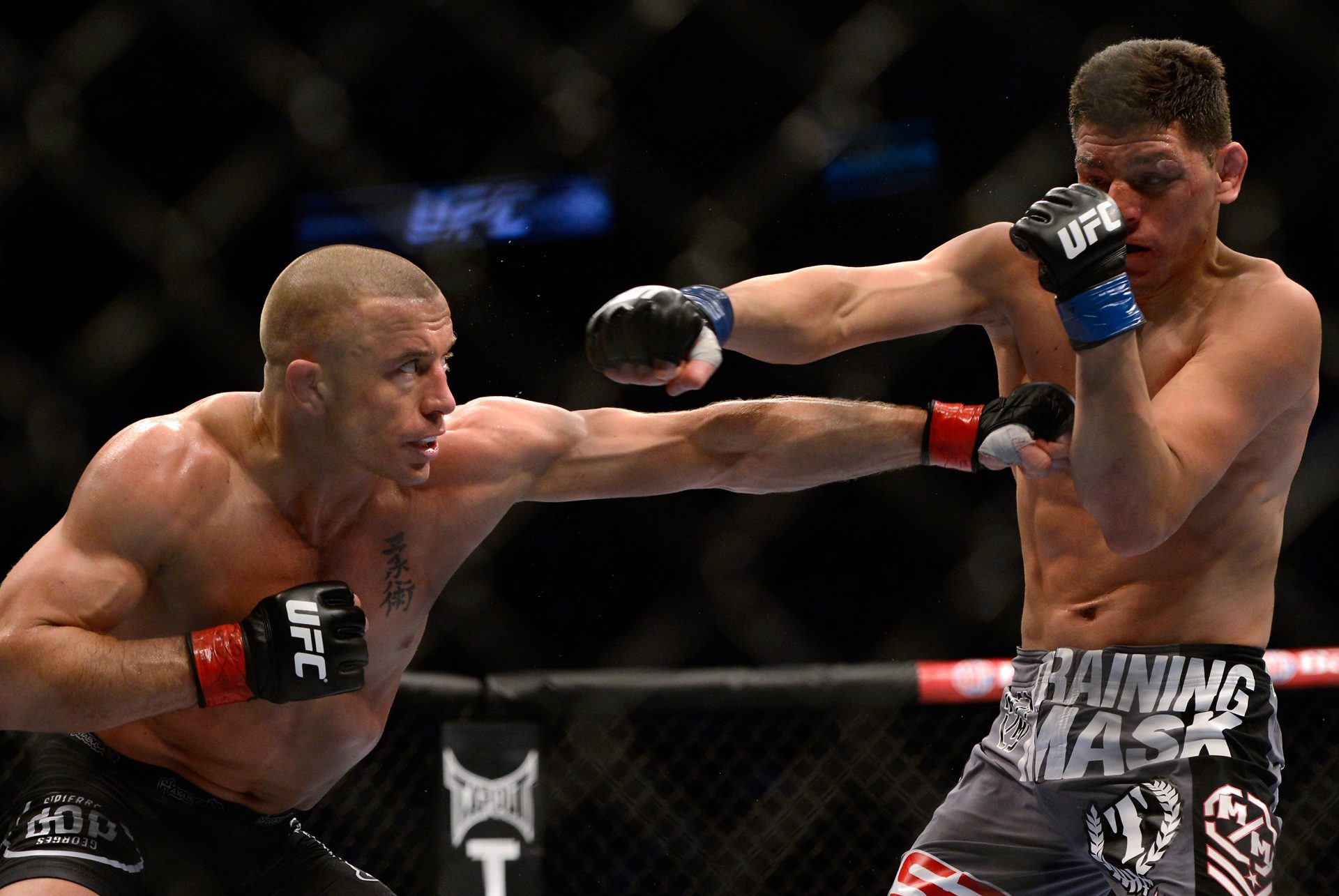 Georges St-Pierre still believes that his former opponent Nick Diaz has what it takes to become a UFC champion, even after being away from the game for so long. 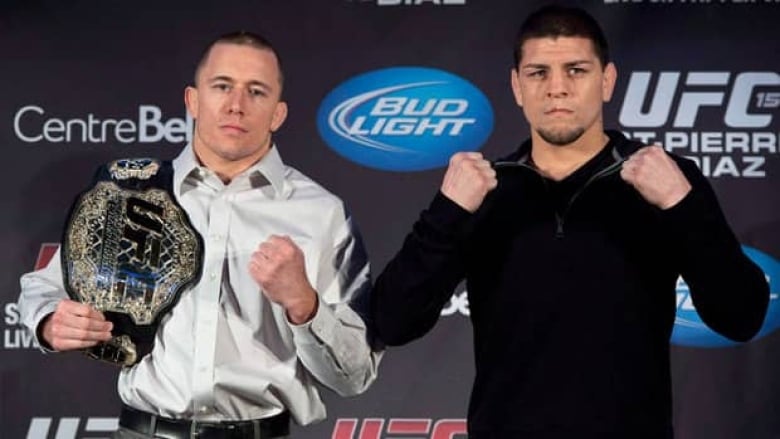 Former UFC Welterweight and Middleweight king Georges St-Pierre believes Nick Diaz still has what it takes to compete with the best and even be a champion. The 37-year-old Diaz hasn’t won since a 2011 decision win over B.J. Penn, so naturally, figures such as Dana White doesn’t have “any expectations” for his return. His former rival though remains optimistic.

According to Georges St-Pierre, if the “very underrated” Diaz feels as sharp as he was before, he should return as he still has a shot at being world champion. In a recent interview with Marc Raimondi, GSP stated that Diaz’s game is ‘very, very, very underrated’ and is one of the best.

"I believe he can be champion, man. He has a crazy style. He comes forward and his game is very, very, very underrated. When you fight him, you feel claustrophobic."@GeorgesStPierre wishes the best to former opponent Nick Diaz on his potential comeback 🤝 (via @marc_raimondi) pic.twitter.com/ipPWqpCFrl

“I wish him the best, I love to see him fight,” St. Pierre began. “I just wish and hope that he comes back as good or even better than he was. I believe he can be champion. He has a crazy style. He comes forward, and his game is very, very, very underrated. When you fight him, you feel the feeling of claustrophobia.

“He’s playing with your mind. He’s very well-rounded. I think he can get up there and cause a lot of problems for a lot of guys. I always said it, I believe when Tyron Woodley was champion, he should have gone and fight Tyron. It would have been a great fight for the fans, and he would have had a chance to win because of the style.”

“Now, the champion is Kamaru Usman, who’s a different style of fighting. I don’t know how he’s going to match with that, but he should give it a shot before it’s too late, he’ll regret it. If he feels as sharp as he was or even better, he should do it.” 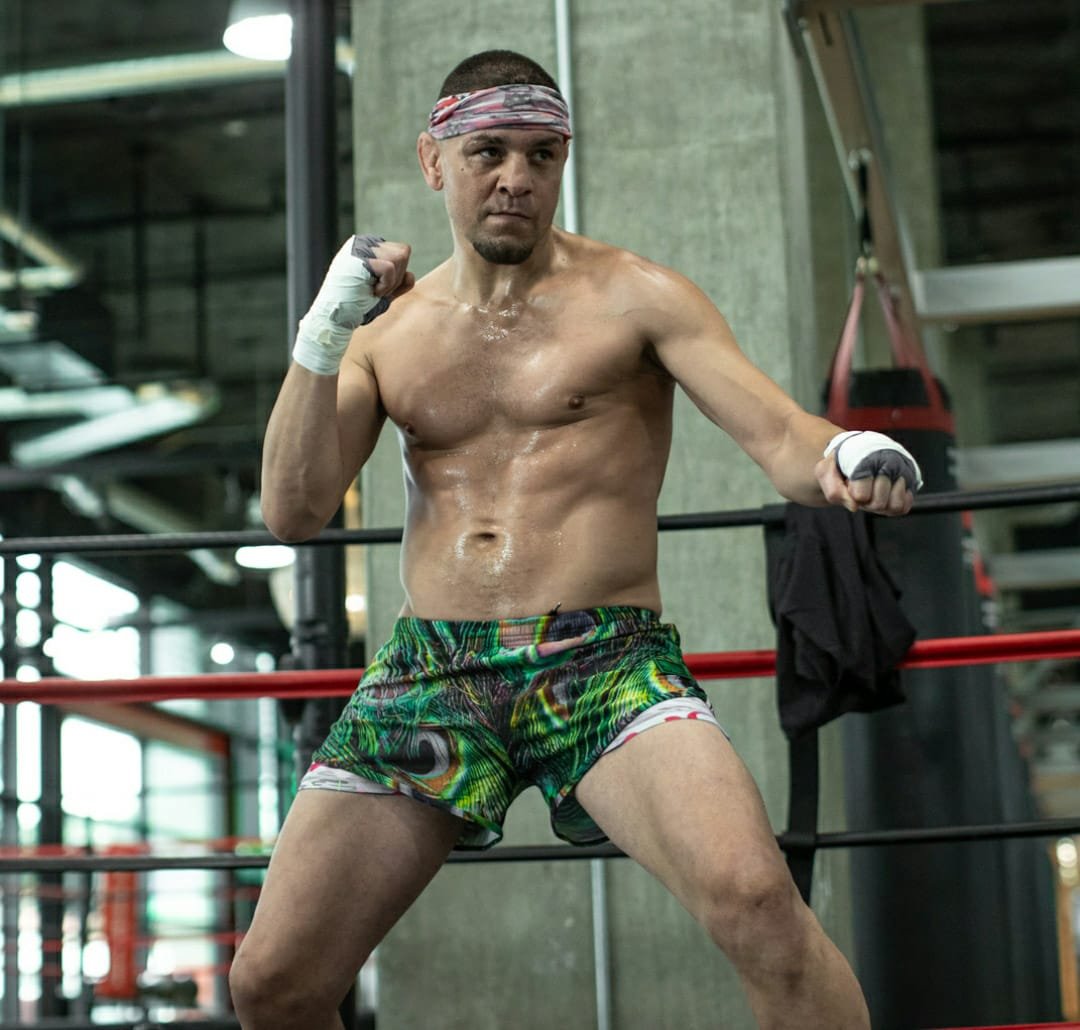 Diaz did lots of partying and enjoyed his during his retirement, Diaz has returned to training regularly in recent months and looks to have gotten back in great shape again. Diaz hasn’t been booked to fight anyone but there are many potential matchups for him.

St-Pierre last stepped in the octagon at UFC 217 when he beat Michael Bisping to be the Middleweight champion since then St-Pierre has retired but there are still rumours that a fight against Lightweight champion Khabib Nurmagomedov might happen down the line.

Previous articleUFC announces plans from Halloween to November as promotion returns to Las Vegas
Next articleRoshan Mainam defeats Pengshuai Liu via rear naked choke at ONE Championship: Reign of Dynasties