GSP will have a legend cornering him at UFC 217: 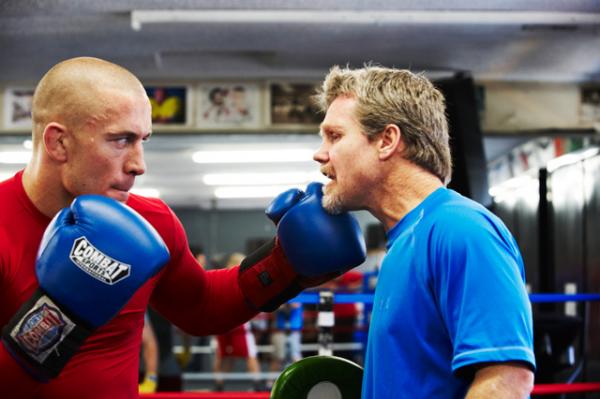 The secret for Georges St-Pierre being so well rounded is that he trains under the best trainers for all aspects of the game, and also for having a great corner team during his fights.

But this time legendary boxing trainer, Freddie Roach will corner the former UFC welterweight champion for his fight against Michael Bisping at UFC 217.

GSP has trained under Roach several times to improve his striking game. Despite the former champion uses his grappling skills most of the times, his striking is nowhere less as he also has a background in Kyokushin karate.

Roach told Ariel Helwani on The MMA Hour that he has signed a contract to train GSP and that he would fly to Montreal at least three days every week until the fight.

“That’s a done deal,” Roach said. “We’ve made a deal, I’m going to fly up to Montreal at least three days every week until the fight, and I’ll work with him every day I’m up there.”

The legendary boxing trainer has helped the Canadian fighter during his reign as UFC Welterweight champion. This is not the first time Roach has worked with a MMA fighter but in the past he has worked with legends like BJ Penn and Anderson Silva.

Roach has extended his helping hand to GSP a bit more than usual as he aided the MMA fighter with settling a contract with the UFC executives Dana White and Ari Emanuel.

Roach can definitely do wonders in upgrading GSP’s game against Bisping who is one the best strikers in the middleweight division.

The American trainer has extensively worked with boxing legends like Mike Tyson in the past. He also is known for being a trainer and father figure for the Filipino boxing legend Manny Pacquiao.