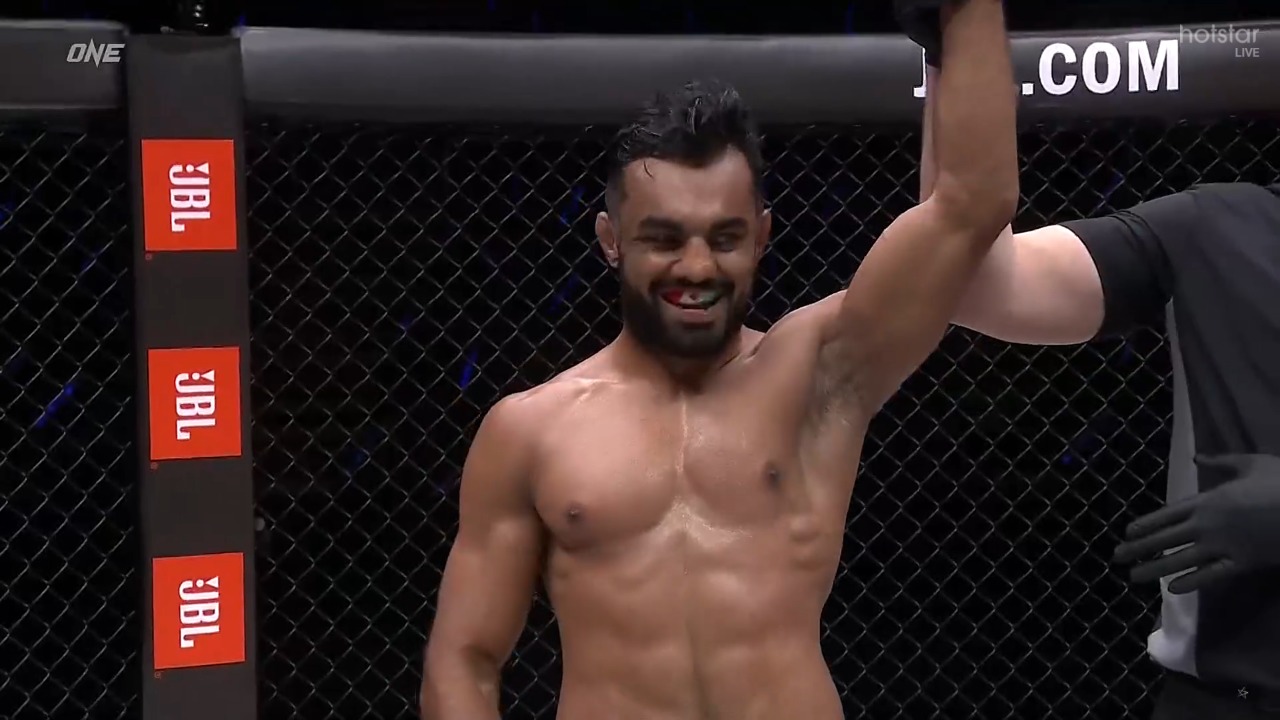 ONE: Dangal is an important ONE Championship event for India, as not only the fight is based on an Indian theme, but it also has four Indian fighters on the fight card.

In the opening bout, Roshan Mainam will take on the veteran Gurdarshan Mangat in the bantamweight division. Also, present on the card is a highly decorated Indian wrestler turned MMA fighter Ritu Phogat who takes on Bi Nguyen. 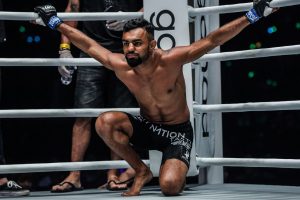 In the main event, Arjan Singh Bhullar takes on the current ONE heavyweight champion Brandon Vera. Both fighters are UFC veterans and Arjan Bhullar could become the first Indian fighter to win the world title in a major MMA promotion.

Round 1: Both fighters start by tapping gloves and Mangat attacks Roshan’s legs with an outside leg kick. Another leg kick from Roshan and he is keeping the pressure on Mainam.

Mangat looking to get back on his feet, but Maiunam manages to take him down again. Mangat is now on his feet and he lands some hammer fists on Mainam and then follows up with a knee to the head.

Round 2: Rounds 2 starts just like Round 1. High kick and outside leg kick thrown by Mangat and now he has Mainam on the backfoot. Gurdarshan lands a barrage of low kicks and punches on Mainam. A high kick lands for Mainam.

Roshan Mainam is getting overwhelmed by Mangat’s pressure here. With half of round 2 finished, Mainam shoots for a takedown but fails to execute it. Mainam is breathing heavily as Mangat lands low kick and punch combinations.

Round 3: Mangat ups the pressure here in Round 3 and he lands combinations on Mainam. Mainam scores a takedown and Mangat easily manages to get back on his feet again. An inside low kick lands on Mainam and then lands an overhand right. Mainam is getting overwhelmed by volume hereby Mangat.