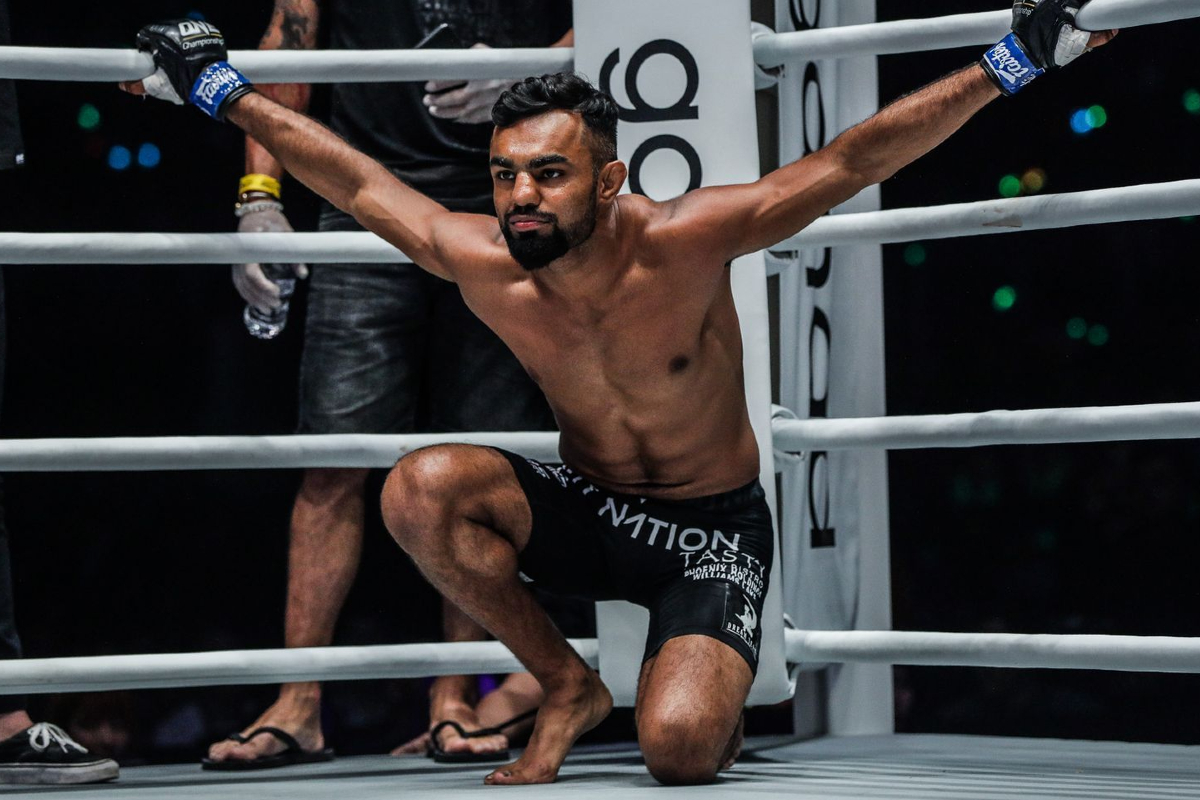 Gurdarshan Mangat will return to the ONE Championship Circle this weekend, and he’ll be up against compatriot Roshan Mainam.

The Indian stars will go head-to-head in the curtain-raiser of ONE: DANGAL, which airs this Saturday, 15 May, on the ONE Super App, Hotstar, Star Sports Select 2, and Star Sports First at 3:30 p.m. India Standard Time (IST).

“I’ve known Roshan for quite some time. We trained together in India,” Mangat said.

“We were on a reality show together, too, before we signed for ONE Championship. He is one the kids I speak to quite a bit. I told him that he has a bright future in the game. I told him to join Evolve. I told him do what you are doing, keep working hard. It’s crazy that our paths aligned this way and here we are.”

Mangat will have to put his admiration for Mainam aside when the two fighters step into the cage, and the Canadian-Indian will also have to watch out for his opponent’s ground game. 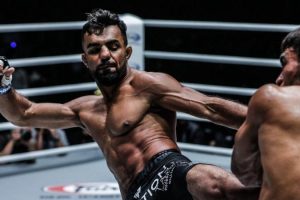 Gurdarshan Mangat feels he is more well-rounded than Mainam

After all, Mainam has scored three consecutive submission wins since joining ONE Championship – two in the first round and one in the second.

“I think he has good wrestling, but I am still better. I am much more well-versed. It is a good opportunity for him – the pressure’s on me,” Mangat said.

“But I will be ready for everything. I was ready for Geje [Eustaquio], a former flyweight champion. There’s no reason I am not ready for this guy.”

As for Mangat, he’s dedicated a lot more than just time to this training camp. The veteran has also spent months away from his loved ones, which was extra challenging during the uncertainty of the COVID-19 pandemic.

“My preparations never changed, but I had stayed separated from my family for a long period. I haven’t seen my wife in two months because my camp was in Vegas, and going back home wasn’t an option without quarantine,” he said.

“But sacrifice is part of the job, and I made them all in Vegas.”

And according to Mangat, those sacrifices weren’t just something he had to make for himself or his family. He sees them as necessary to uplift his native India during one of the country’s most uncertain times.

“It definitely changes the dynamic – India versus India. It was fun when it was India versus Philippines or somebody else. Now, it is against someone I consider a friend. So, it is an interesting situation. Let’s see how it turns out,” Mangat said.

“I think he is going to realize the difference between the top and him working towards it. He has a bright future ahead of him, but this fight might be a bad matchup for him at this point in his career. He took it, he wanted this opportunity, and I am here in Singapore.

“It’s been hard times, but I want to give my people something to celebrate. I want to show them that their spirit inspires me and motivates me. I created a very comfortable life for myself and didn’t need to fight again, but passion to represent brought my fire back for my people.”