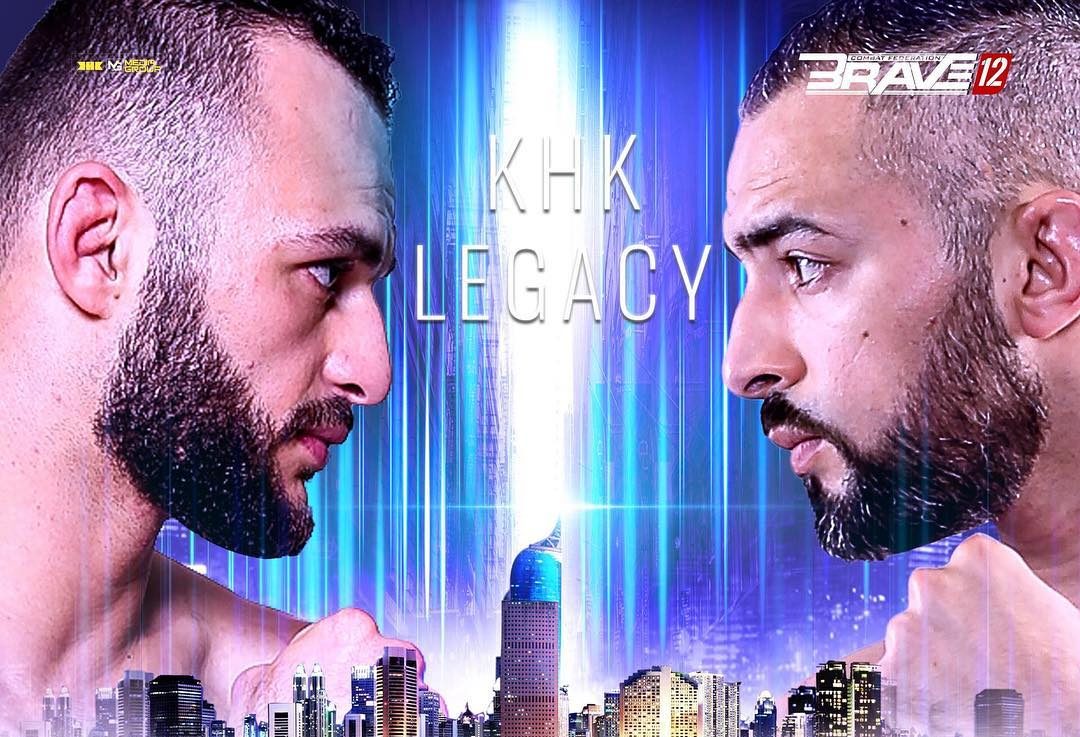 A few days after Brave 11 thrilled fight fans around the world, Brave Combat Federation officials have announced the first bout for Brave 12, set for Jakarta, Indonesia, on May 11th. Top contenders Tahar Hadbi and Jarrah Al-Selawe will face each other for a chance of fighting for the Welterweight title, currently held by Carlston Harris.

“Fast Hands” Hadbi is coming off the biggest win of his MMA career as he finished phenom Mohammad Fakhreddine in the second round of their Brave 10 bout in Jordan. The win snapped a series of No Contests that blighted his first two Brave Combat Federation appearances.
Al-Selawe, on the other hand, has three wins inside the Brave cage and was deemed the first man to challenge for Harris’ crown before the champ was forced to withdraw from Brave 10 with a thigh injury. As Harris continues to heal, Al-Selawe has chosen, once again, to stay active and try to become the first Brave Welterweight with four promotional wins and join fellow Jordanian Kareem-Abdul Al-Selwady as the only men to have four victories for Brave.
The matchup promises to be an emotional one, as Al-Selawe submitted Hadbi’s friend and teammate David Bear in his last outing, and “Fast Hands” wants to avenge Bear’s loss against the “Jordanian Lion”.
Brave 12 marks the promotion’s first trip to Southeast Asia and has been described by Brave president Mohammed Shahid as a must-see event for fight fans from around the world.