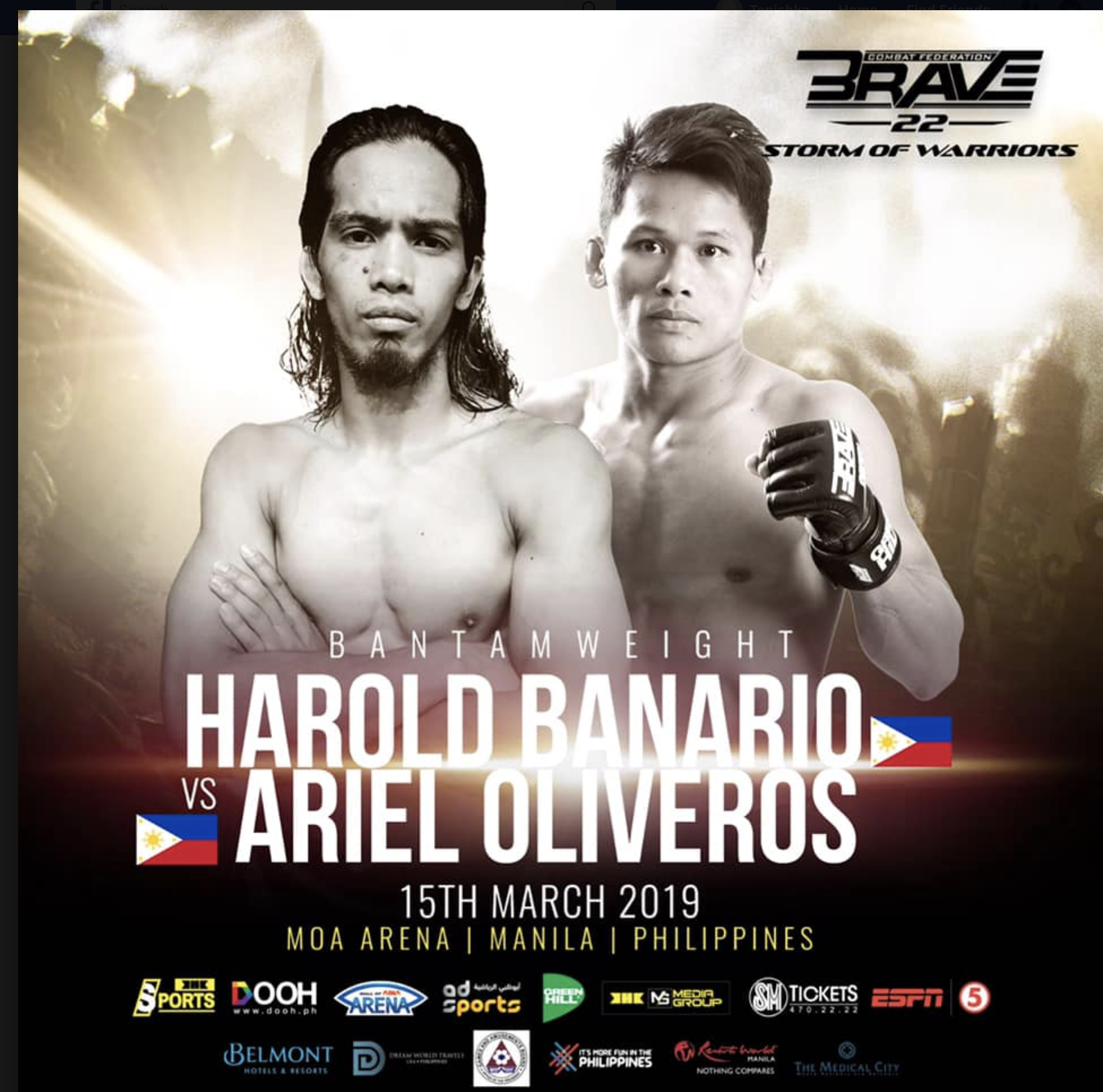 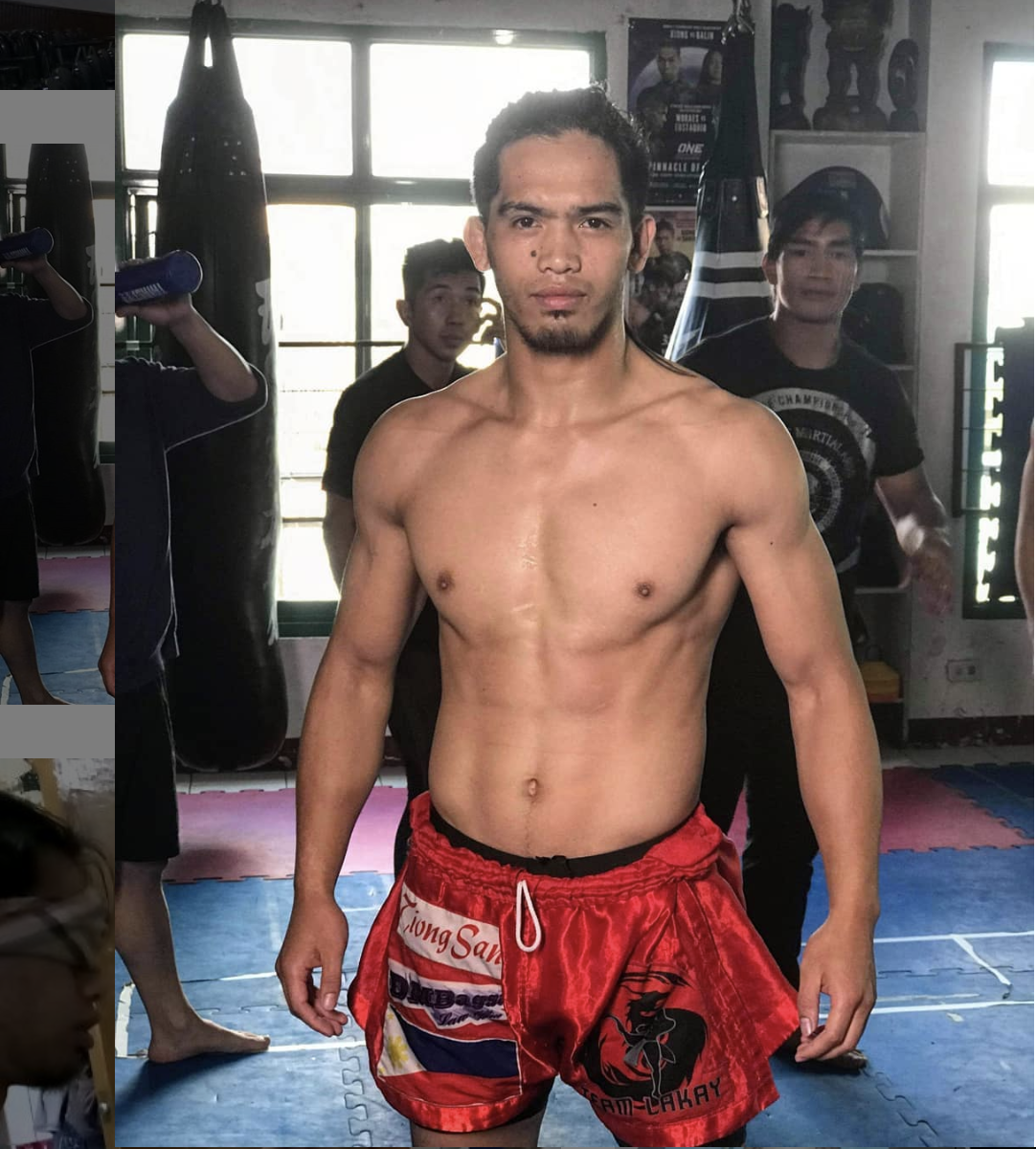 Harold Banario will have to deal with a last-minute change in his plans for Brave 22: Storm of Warriors, set for March 15th, in Manila, Philippines. He was initially scheduled to take on Gamzat Magomedov, but the Russian powerhouse has been forced to pull out due to undisclosed reasons and will be replaced by Ariel Oliveros.
Banario, who will be making his promotional debut, was set for his first fight with Brave CF back in December of last year, but was forced to pull out himself. Now he will take on a dangerous opponent in his countryman.
Oliveros will become the 11th Filipino fighter in the promotion’s first trip to Manila. He is coming off a tough submission loss in his Brave debut, as he was forced to tap from a ninja choke applied by Haider Farman, at Brave 17, in Lahore, Pakistan. Ariel will look for his first Brave victory in front of his home crowd.
Meanwhile, Gamzat Magomedov’s comeback fight for Brave Combat Federation will have to wait. One of Brave’s brightest Russian prospects, Magomedov fell to a disqualification loss against South Africa’s JP Buys in his second Brave fight, after connecting with an illegal blow. Before that, he was able to overwhelm Zech Lange en route to a unanimous decision victory back at Brave 12. The Bantamweight, who fights out of KHK MMA Bahrain, will now look for a quick turnaround in a future Brave event.
Brave 22 will be headlined by a title fight between defending Bantamweight champion and local hero Stephen Loman and challenger Elias Boudegzdame. Also set for the historical fight night are the debuts of star Flyweights Jose Torres and Amir Albazi, who face each other looking for gold, while Cian Cowley looks to go 3-0 under the Brave banner when he takes on New Zealand’s John Brewin.
Updated Brave 22 fight card
Main card
Bantamweight: Stephen Loman (c) x Elias Boudegzdame
Flyweight: Jose Torres x Amir Albazi
Bantamweight: Jeremy Pacatiw x Marc Alcoba
Lightweight: Cian Cowley x John Brewin
Featherweight: Rolando Dy x Mehmosh Raza
Preliminary card
Bantamweight: Harold Banario x Ariel Oliveros
Bantamweight: Rex de Lara x Jayson Margallo
Flyweight: John Cris Corton x Abdul Hussein
Flyweight: Jason Vergara x Hussain Ayyad
Flyweight: Jomar Pa-ac x Sataya Behuria

Previous articleBen Askren has a very different version of the dynamic between Dana White and him: He’s repulsed by me!
Next article‘It develops Bahrain-Philippines ties’, President Duterte praises Brave in meeting with Sheikh Khalid