Has Henry Cejudo saved the men’s Flyweight division in the UFC? 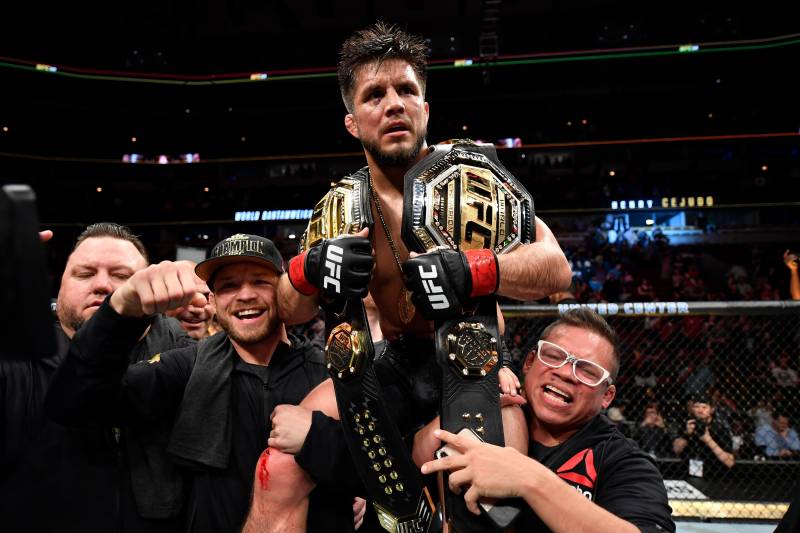 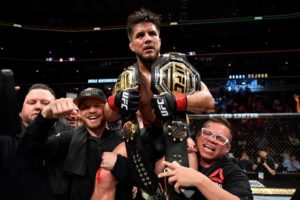 Now that Cejudo holds belts in flyweight and bantamweight division, he may have also saved the flyweight division which many believed was going to shut down by the UFC. The fear of flyweight division shutting down didn’t arise out of anywhere amongst MMA fans, in fact when Demetrious Johnson was traded by the UFC to the ONE championship, it looked inevitable and even more so when UFC started cutting flyweight fighters from their roster.

But suddenly the meteoritic rise of Henry Cejudo has people talking about the little guys again. The last ten months have been nothing but phenomenal for Henry Cejudo. He went from dethroning the then UFC flyweight champion Demetrious Johnson who was riding on a 13-fight winning streak. Then knocked out TJ Dillashaw in less than a minute, beat Marlon Moraes and now he’s calling out the likes of Dominick Cruz, Cody Garbrandt and Urijah Faber. Now Cejudo has also made it clear that he will also be defending his flyweight title and Dana White too approved it.

When asked during the post-fight interview by reporters if Cejudo could defend both his titles, white said: ”I said if he could get through Marlon Moraes, absolutely.  Does anybody in this room think he couldn’t defend both titles? After the Marlon fight, I’m blown away by it.”

“Obviously him winning had a lot to do with the division, so yeah,” White continued. “Have I said that it’s going away? Did I say it’s leaving? I haven’t even talked about that division in months.”

Now Henry Cejudo’s charisma is at an all-time high, his cringe-worthy personality is getting people’s attention and UFC should take the most of this opportunity into making good flyweight matchups. For so long the flyweight division lacked a star, despite Demetrious Johnson’s dominant run inside the Octagon he wasn’t attracting that many eyeballs, but that isn’t the case with Cejudo. He is bringing much attention to the division. It’s time for the little guys to shine.