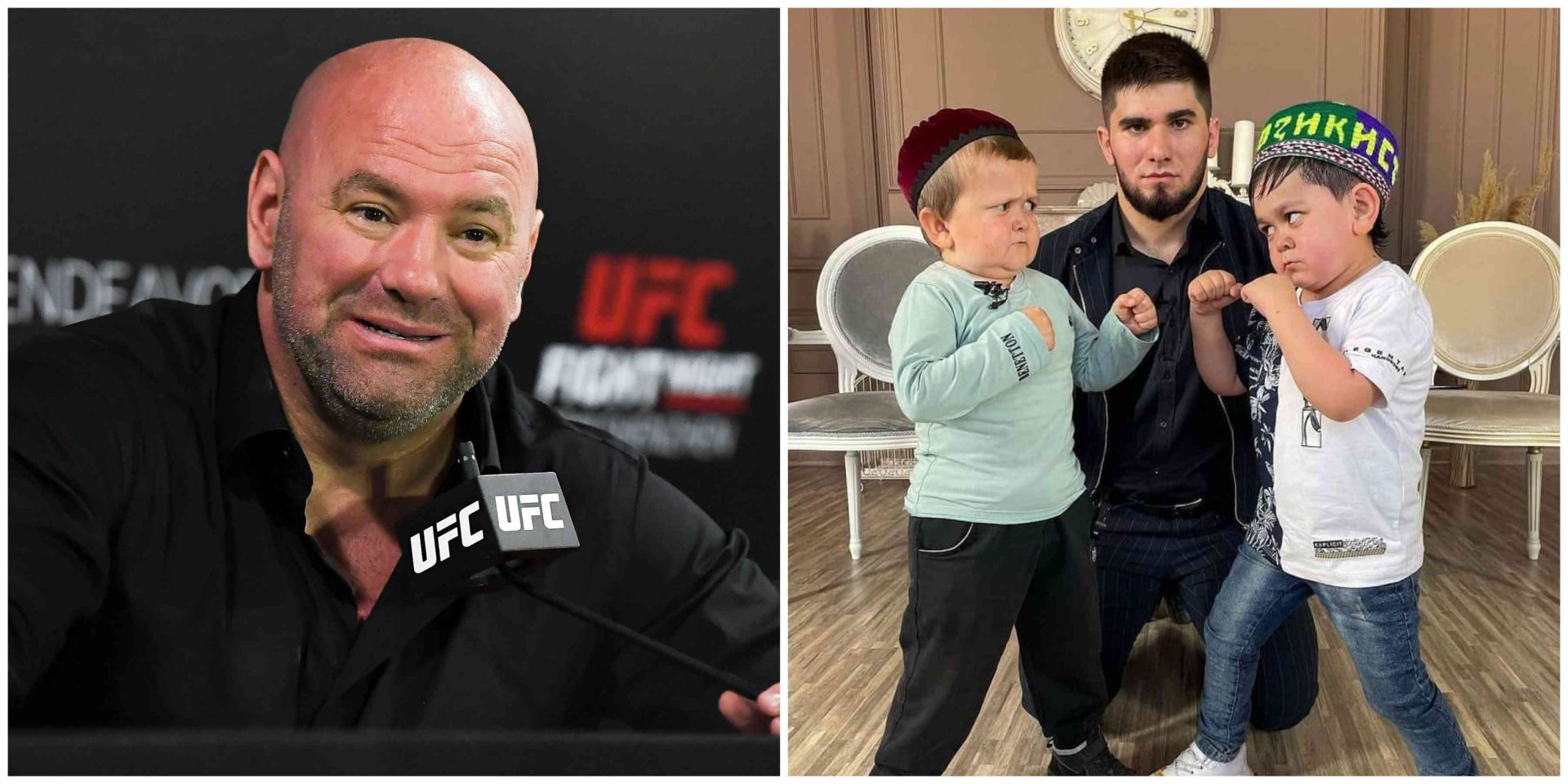 The year 2021 saw unprecedented popularity regarding Hasbulla Magomedov vs Abdu Rozi, the famed mixed martial arts bout which once peaked the interests of millions of fans across the globe, only to be dropped later on due to failed negotiations. However, the rivalry between the two social media stars picked up the pace once again with UFC 267 and is now in a massive move towards making “The biggest MMA fight in history” a reality, none other than the UFC itself has purchased the rights to the fight!

Yes I sold the fight: Hasbulla’s promoter Tamaev reveals selling the bout to the UFC

The fight was originally being promoted by Dagestani MMA fighter Asxab Tamaev aka the ‘Russian KGB Hulk’ who has also helped in growing Hasbulla’s online stardom. There were negative responses from many against the fight happening, but Tamaev had always assured that the bout would take place.

However, in July, Tamaev revealed that negotiations for the fight has fallen apart after Hasbulla demanded 20 million rubles ($268k) from the fight, more than double of the $95k he was offered initially, and the Makhachkala-born superstar’s parents barred him from taking part in the bout.

Despite the fight getting called off, both Hasbulla and Abdu kept their fans entertained with regular online clips and engaging with other MMA fighters, but people still wanted to see the two combat sports superstars squaring it off inside the cage.

And now, there has been a massive revelation- that the MMA top drawer promotion UFC itself has purchased the fight from Tamaev, who revealed it via a social media post, while posing in front of his brand new Rolls-Royce.

Do you want to see Hasbulla Magomedov vs Abdu Rozik as a UFC fight? Let us know in the comments.