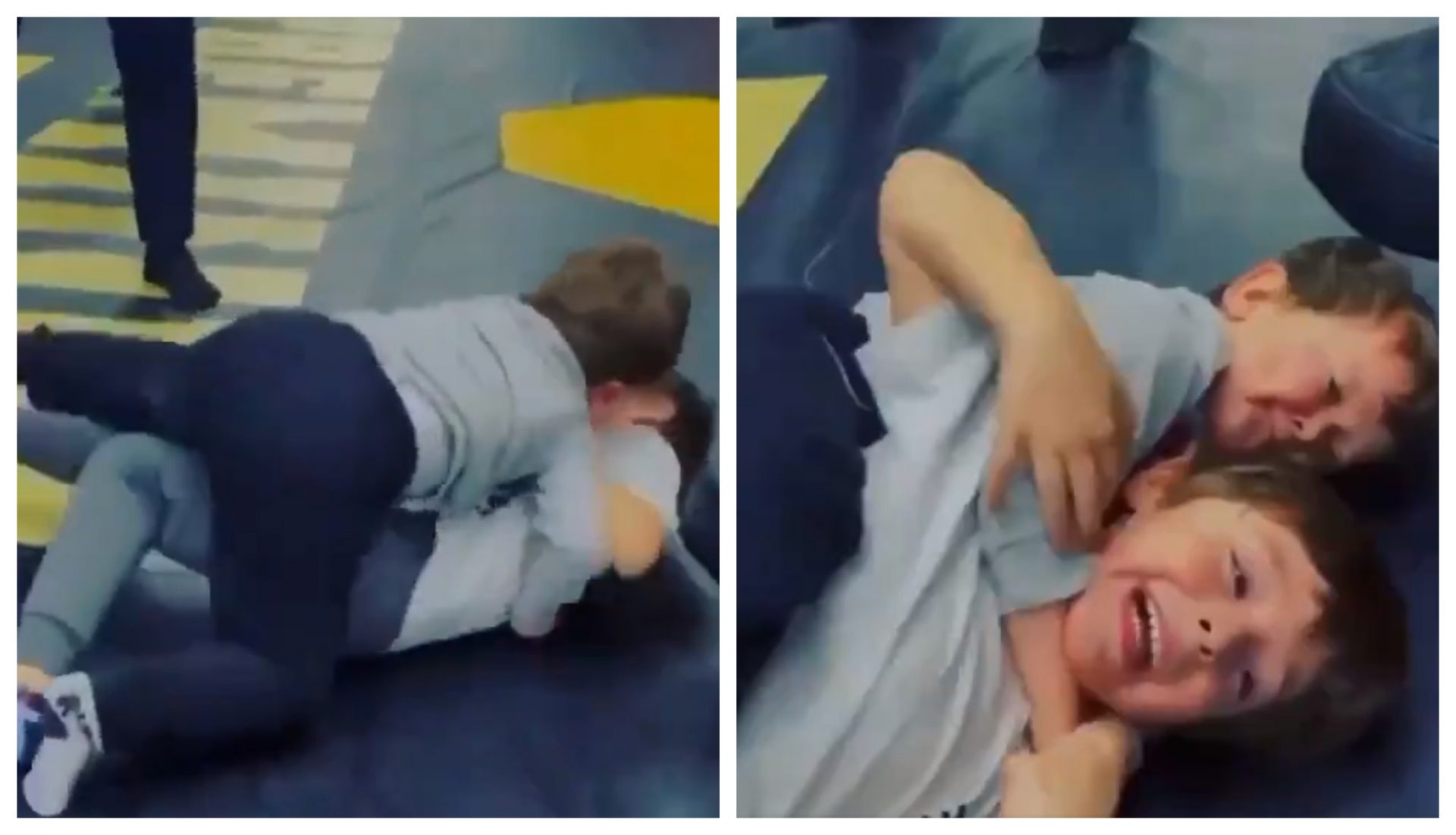 Hasbulla Magomedov has not just become the most popular face in mixed martial arts today just for his popularity, the teenage Dagestani TikTok star knows his way around the authentic wrestling techniques that stem from his region, as its revealed in a latest clip.

The latest video footage from Hasbulla’s training session that has been doing number on multiple social media platforms, shows ‘Mini Khabib’ performing a remarkable takedown and ground game on an opponent.

During a sparring session with Salim, Hasbulla impressively attacked his partner’s leg, in a very similar manner to how his fellow Dagestani and close friend Khabib Nurmagomedov would overpower his foes.

The 18-year-old then took the fight to the mat and followed up with some incredible ground game, climbing on Salim’s backside and putting him under a chokehold.

Despite Salim trying to force himself out of the submission, ‘Mini Khabib’ was just being too dominant on him and only released the chokehold after interference to end the sparring session.

This is what peak human performance looks like pic.twitter.com/LGga2CUbsX

However, in a controversial turn of events, it was revealed out that Salim was the one who had won the favour of decision as his hand was raised at the end of the concept, despite being dominated.

Despite his much-anticipated MMA fight against Kazakh rapper Abdu Rozik reaching no confirmation, Hasbulla’s popularity within the mixed martial arts community has been growing by leaps and bounds, so much so that he was even praised by none other than Joe Rogan earlier this month.

Recently, he was even compared to Prince George of Cambridge, the eldest child of Prince William, Duke of Cambridge, and Catherine, Duchess of Cambridge, who became viral on the internet during the recently concluded UEFA EURO 2020.

In the final of EURO 2020 between Italy and England, Prince George was seen in a suited up formal attire, and was behaving like a grown up in the stands, which not only earned him the nickname “Mini Adult” but also “The English Hasbulla”.

Previous articleGilbert Burns willing to face Jorge Masvidal, Leon Edwards and Nate Diaz to earn a rematch with Kamaru Usman
Next articleUFC Hall of Famer Mark Coleman comments on the ongoing pay dispute in the company