Hasbulla Magomedov and his promoter Asxab Tamaev have split up for THIS reason! 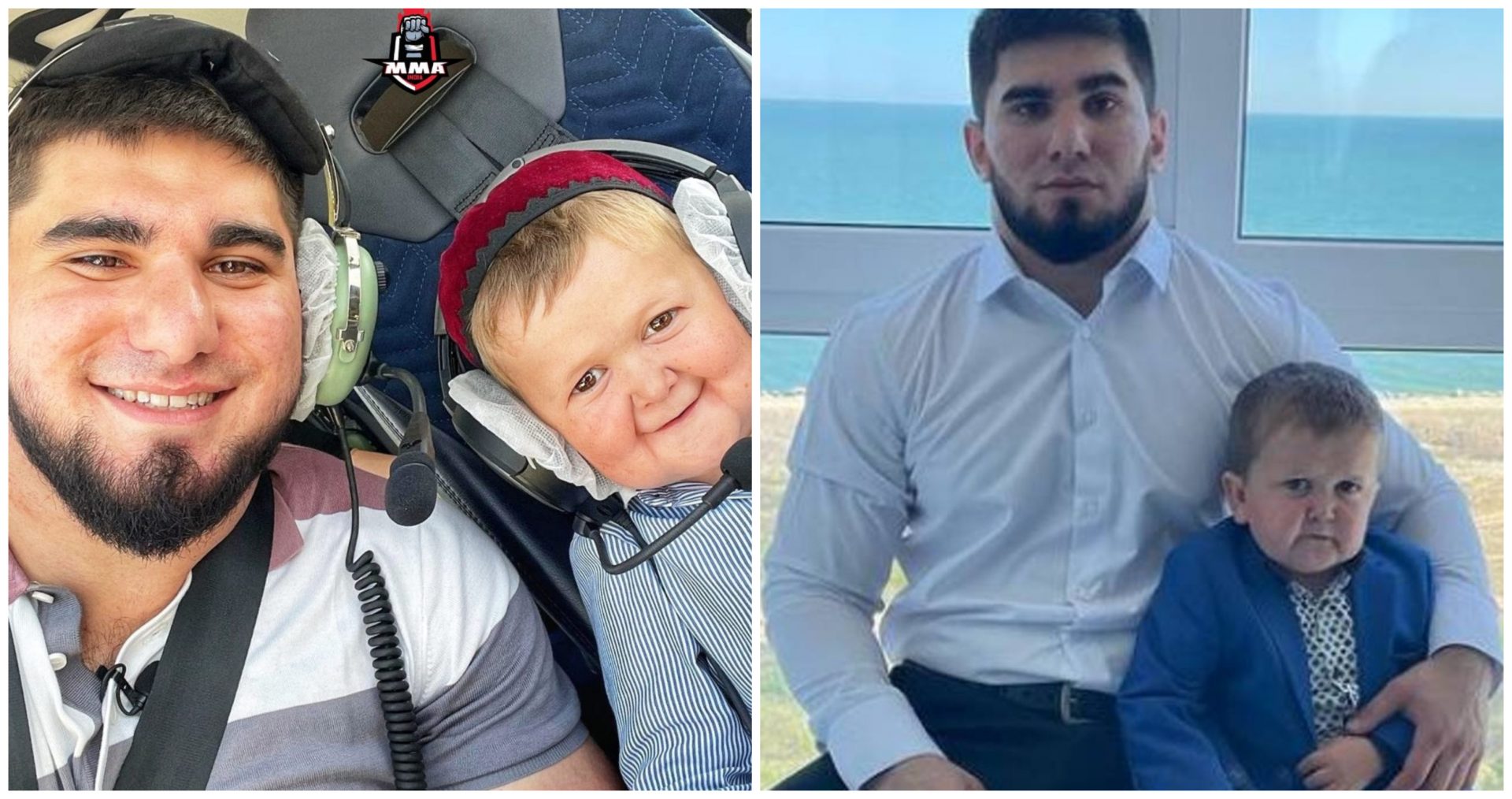 Over the last few weeks, the combat sports community has seen the rise of Hasbulla Magomedov, the 18 year old Dagestani internet celebrity who has become the latest and greatest sensation in the MMA fandom.

A big chunk of the credit behind Hasbulla‘s popularity goes to Ashab Tamaev, a Chechen mixed martial artist who has been the self proclaimed promoter for ‘Mini Khabib’s upcoming, super hyped fight against Kazakhstani rapper Abdu Rozik. The duo of are often seen together on social media, and Tamaev shares clips of the teenager’s day to day life and activities across Instagram as well as on his official YouTube channel and sometimes even hosts skit interviews about opting Hasbulla’s next fighter.

However, recent reports have claimed that there has been a crack in the relationship between Hasbulla and Tamaev, and the two are not even on speaking terms, which will come as a shocker to ‘Mini Khabib’s fanbase.

Reports suggest that Hasbulla’s near and dear ones have told him that Tamaev is using his popularity to gain online fame but is not paying Hasbulla the money he deserves, as well as saying that the MMA fighter is making a mockery out of him in front of the cameras.

On the heel of the same, it has been understood that Hasbulla is not on speaking terms with Tamaev, which apparently can also result in the much anticipated Abdu Rozik fight, which is still to get a determined venue and date, completely falling apart from ever happening.

A mixed martial artist and a vlogger, Tamaev (1-0 MMA) hails from Grozny, the capital city of Chechnya, Russia and fights in the heavyweight division. He is also known as “Russian KGB Hulk”, for his massive physique.

The 19-year-old has a massive audience on social media, with just his Instagram account having over a whopping 4.5 million followers. He also has his own channel on YouTube which houses more than 1.8 million subscribers.

What do you think about the crack in the relationship between Hasbulla and Tamaev? Let is know in the comments below.