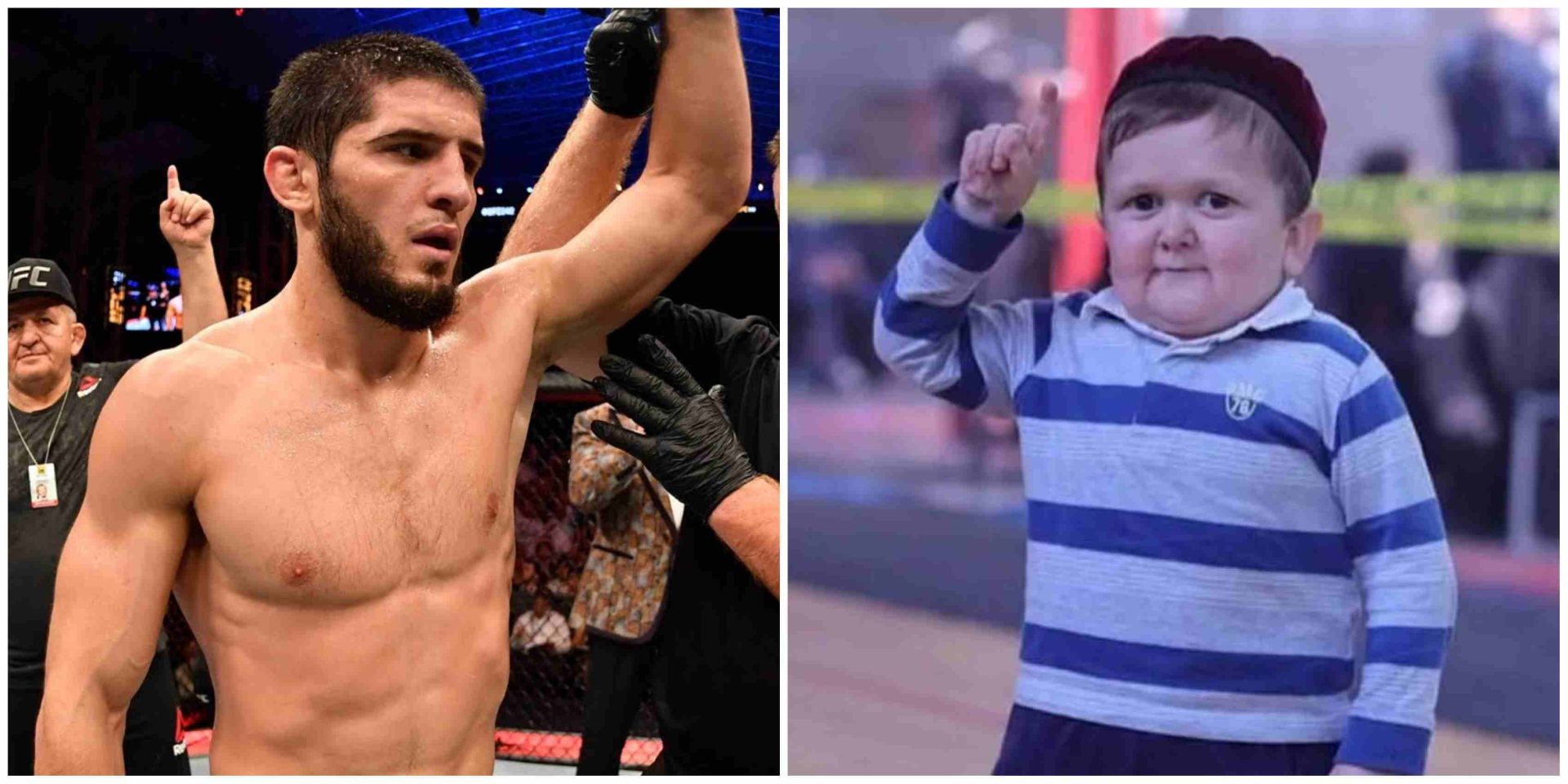 On top of the heavily stacked fight card its bringing to the table, UFC 267 possibly just became the biggest calendar event of the MMA top drawer this year, as it will be cherished with the presence of none other than the sports’s greatest persona Hasbulla Magomedov, who is set to arrive at the Etihad Arena in Abu Dhabi on 30th October and the Dagestani native will be rooting for his compatriot Islam Makhachev in his bout against Dan Hooker.

The massive news was made public by Danny Segura of the MMA Junkie on Twitter, as well as confirmed by Professional Fighters League star Movlid Khaybulaev. “Hasbulla is expected to attend #UFC267 in support of Islam Makhachev. Confirmed with PFL’s Movlid Khaybulaev,” tweeted Segura.

Hasbulla is expected to attend #UFC267 in support of Islam Makhachev.

Hasbulla and Islam: A new friendship?

Over the course of the past few months, Dagestani social media and TikTok star Hasbulla Magomedov has become a widely popular figure in the mixed martial arts community courtesy of the buildup to his fight against Tajik rap artist Abdu Rozik.

The 18-year-old suffers from a medical condition called ‘Dwarfism’, most commonly caused due to Growth Hormone Deficiency (GHD), which hinders physical development during the growing age.

Even though his fight against Rozik never became a reality, Hasbulla continued to stay a the peak of fame among MMA fans around the world for his online presence. A close friend of former UFC lightweight champion Khabib Nurmagomedov, Hasbulla even earned the nickname of ‘Mini Khabib’ for his impersonation of the undefeated legend.

Being a close companion of Khabib, it’s understandable that Hasbulla will be attending UFC 267 which will see another close associate of Khabib- Islam Makhachev steps inside the Octagon for his toughest challenge yet- Dan Hooker.

While Islam is being seen as the future successor to Khabib’s reign and the next UFC lightweight champion in the works, it will be interesting to see how Hasbulla, the biggest MMA icon in Russia, bonds with his newfound comrade Islam Makhachev.