Hasbulla Magomedov has found his latest rival in Rafael Fiziev! 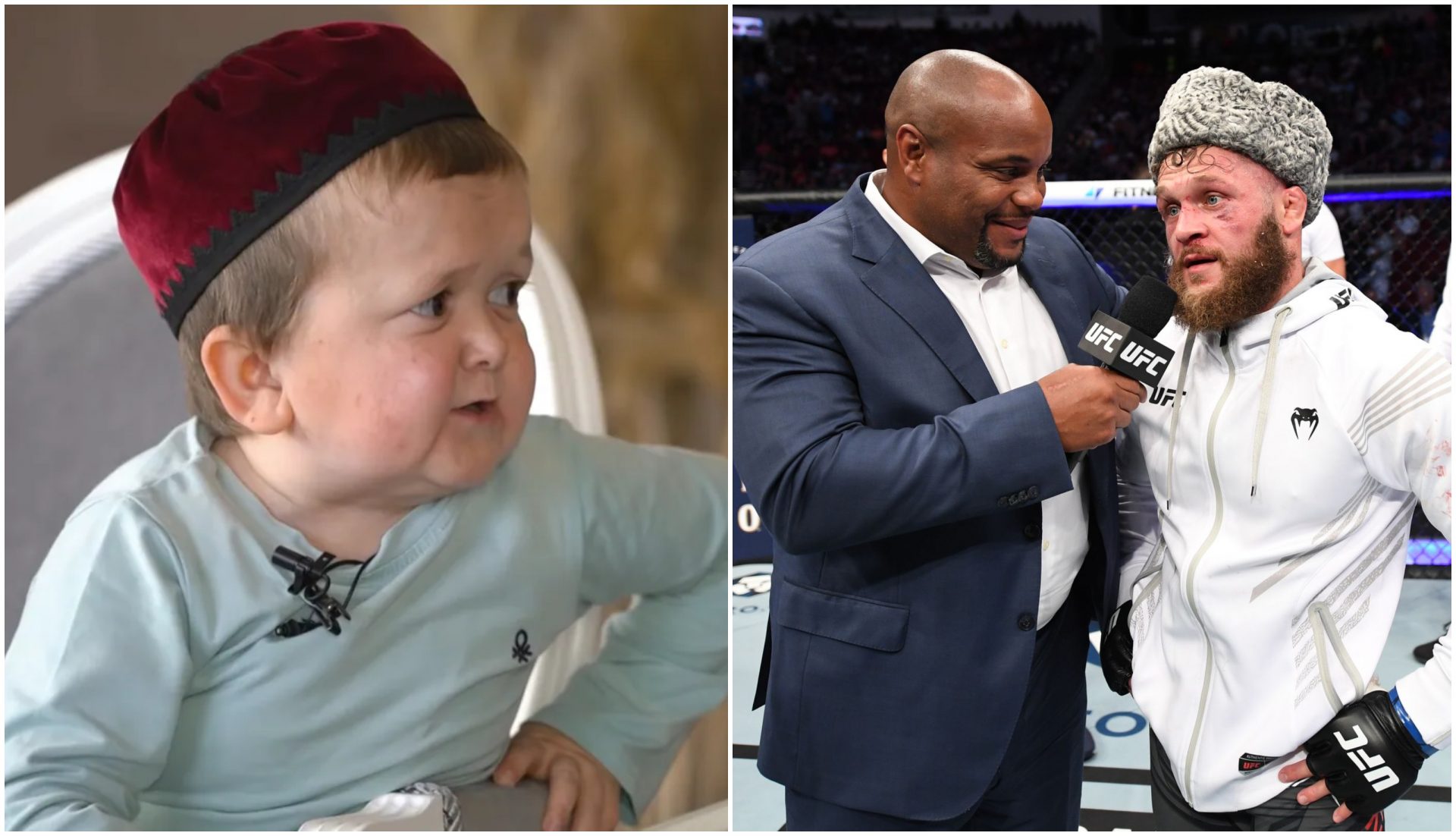 Dagestani internet icon Hasbulla Magomedov, combat sports’ latest and greatest sensation may not be facing Kazakh rapper Abdu Rozik in his much anticipated MMA fight, but another Kazakhstani has shown interest in facing him- Rafael Fiziev (10-1).

The 28-year-old UFC Lightweight, who marked his fourth straight win this Saturday night at UFC 265 against Bobby Green, took the mic after the fight and set his sights on his next target- Hasbulla, and even launches some shots at the teenager.

“Hasbulla! Hasbulla!,” said Fiziev, “You’ve taken everything I worked for in the UFC. If you want money fight, you fight with me, bro.”

After his #UFC265 win, @RafaelFiziev called out…

Fiziev made the ‘money fight’ reference because the reason Hasbulla vs Rozik fight fell apart was because the superstar from Makhachkala was not interested if he was not 20 million rubles ($268k) from the fight, more than double of the $95k he was offered initially.

Fiziev wants ‘Mini Khabib’ Hasbulla, but admits he was never a fan of the real Khabib

The Kyrgyzstani police officer, who earned the ‘Fight of the Night’ award after his unanimous decision win over Green, wants to switch places with Rozik and give Hasbulla the purse demand he wants.

Having been undefeated since October 2019, Fiziev is one of the future Lightweight prospects and is closing in on the top hierarchy of the division and is expected to land fights against the elites of the division in no time.

However, Fiziev admits he was never fond of the greatest MMA fighter that his division has seen – Khabib Nurmagomedov.

“I was never his fan because we have different styles. We have big different styles. I’m a striker and he’s a wrestler. In wrestling, he’s very hard and you can win against everyone with his wrestling that Khabib has, but I don’t like this style,” Fiziev revealed to MMA journalist James Lynch in a recent interview.

“I don’t like fights like when Islam Makhachev fought with Drew Dober (at UFC 259). Three rounds of just wrestling and nothing to show. He finished him, but it was a boring fight,” he added.

While Fiziev may not like Khabib’s wrestling game and finds Islam ‘boring’ inside the Octagon, the only Dagestani that peaks his interest at this moment is Hasbulla.

Do you think Fiziev fits as Hasbulla’s latest arch nemesis? Let us know in the comments.

Previous articleRahul Raju Promises Finish Against Otgonbaatar Nergui
Next articleLove, without condom: Rafael Fiziev has the perfect analogy for his UFC 265 win over Bobby Green