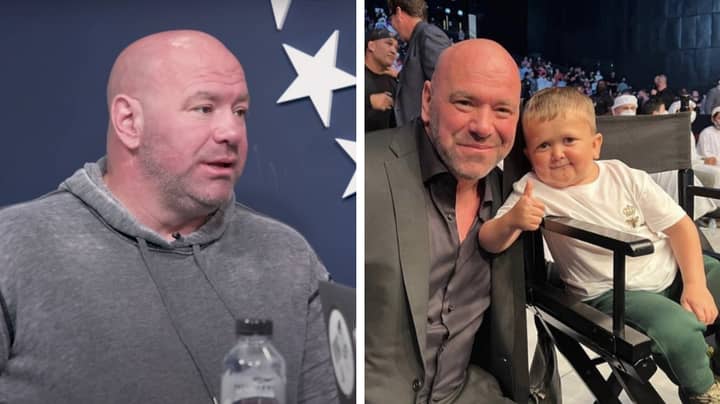 Viral sensation Hasbulla Magomedov has signed a five-year contract with the UFC as per MMA Journalist Igor Lazorin.

Hasbulla who is also known as ‘Mini Khabib’ made his first UFC appearance last year at UFC 267 where he also met UFC president Dana White. In that event, he was seen in the cage alongside Khabib Nurmagomedov when Islam Makhachev defeated Dan Hooker.

Dana White also talked about a video he made about Hasbulla when he was en route to Abu Dhabi for UFC 267.

“So I’m going to tell you something. So the video that he sent saying ‘Dana White I’m coming to Abu Dhabi and UFC’, so when I posted that with me on the plane saying ‘I’m coming’, it’s the biggest post that I’ve ever posted.” White said. “I have 6.7 million followers on Instagram, 6.4 million people watched that video. Is that f*cking crazy?!”

“Incredible,” White said of the meeting. “I love the kid. Is there more than a zero percent chance? Yes.” (Barstool Sports)

Previous articleI’d Slap You Around Handy: Conor McGregor Lashes Out At Nate Diaz Over His UFC 279 Post-Fight Comments
Next articleWhat you need to know about Parimatch Casino in 2022