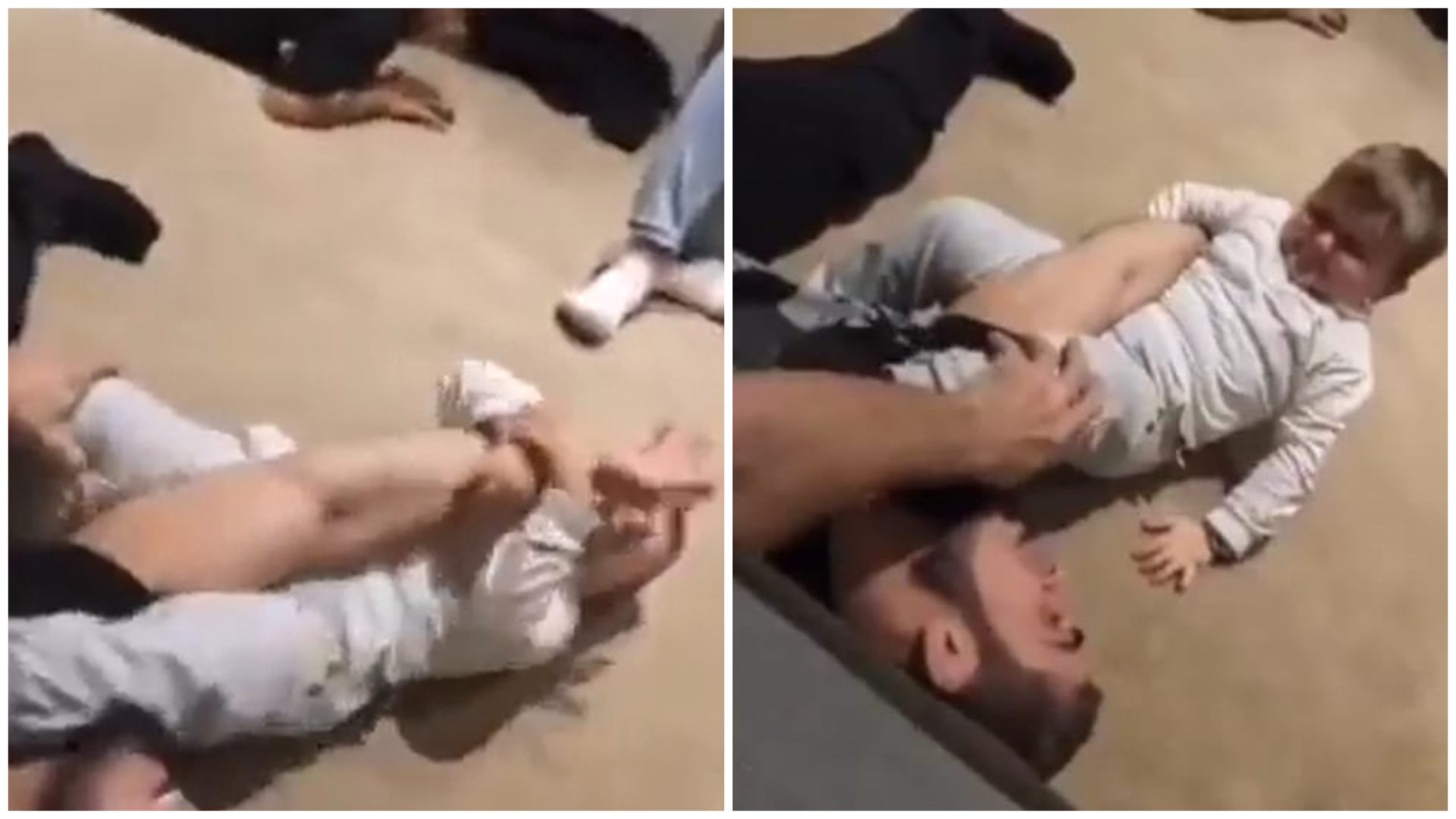 There is no doubt why the mixed martial arts scene adores Hasbulla Magomedov as much as its afraid of him. The most popular name in combat sports right now, Hasbulla is known for his expertise of MMA, much of what’s courtesy goes to the Dagestani teenager’s heritage. Even some of the biggest names in the UFC panic when hearing his name and Hasbulla once again showcased his mastery over the sport with his impeccable armbar technique.

Even though Hasbulla Magomedov’s popularity within the MMA spectrum is credited to the much-hyped fight with Abdu Rozik which unfortunately is yet to come to fruition. However, that hasn’t stopped Hasbulla from rising in fame. But don’t be fooled by the 16 kilos, 1-meter tall stature of the Russian teenager, as there have been multiple clips which have shown his MMA and grappling skill set, which even left Sean O’Malley scared to have an encounter with him.

In a recent clip that has been doing numbers across multiple social media platforms, Hasbulla is seen locking up a perfect arm bar and taking his opponent to the floor, following up with some leg strikes. The clip has earned over 300k views on Twitter, check it out below-

The fight was originally being promoted by Dagestani MMA fighter Asxab Tamaev aka the ‘Russian KGB Hulk’ who has also helped in growing Hasbulla’s online stardom. There were negative responses from many against the fight happening, but Tamaev had always assured that the bout would take place. Unfortunately, in July, Tamaev revealed that negotiations for the fight has fallen apart after Hasbulla demanded 20 million rubles ($268k) from the fight, more than double of the $95k he was offered initially, and the Makhachkala-born superstar’s parents barred him from taking part in the bout.

However, its Tamaev himself who came up with a massive revelation- that the MMA top drawer promotion UFC itself has purchased the fight from him, who revealed it via a social media post, while posing in front of his brand new Rolls-Royce.