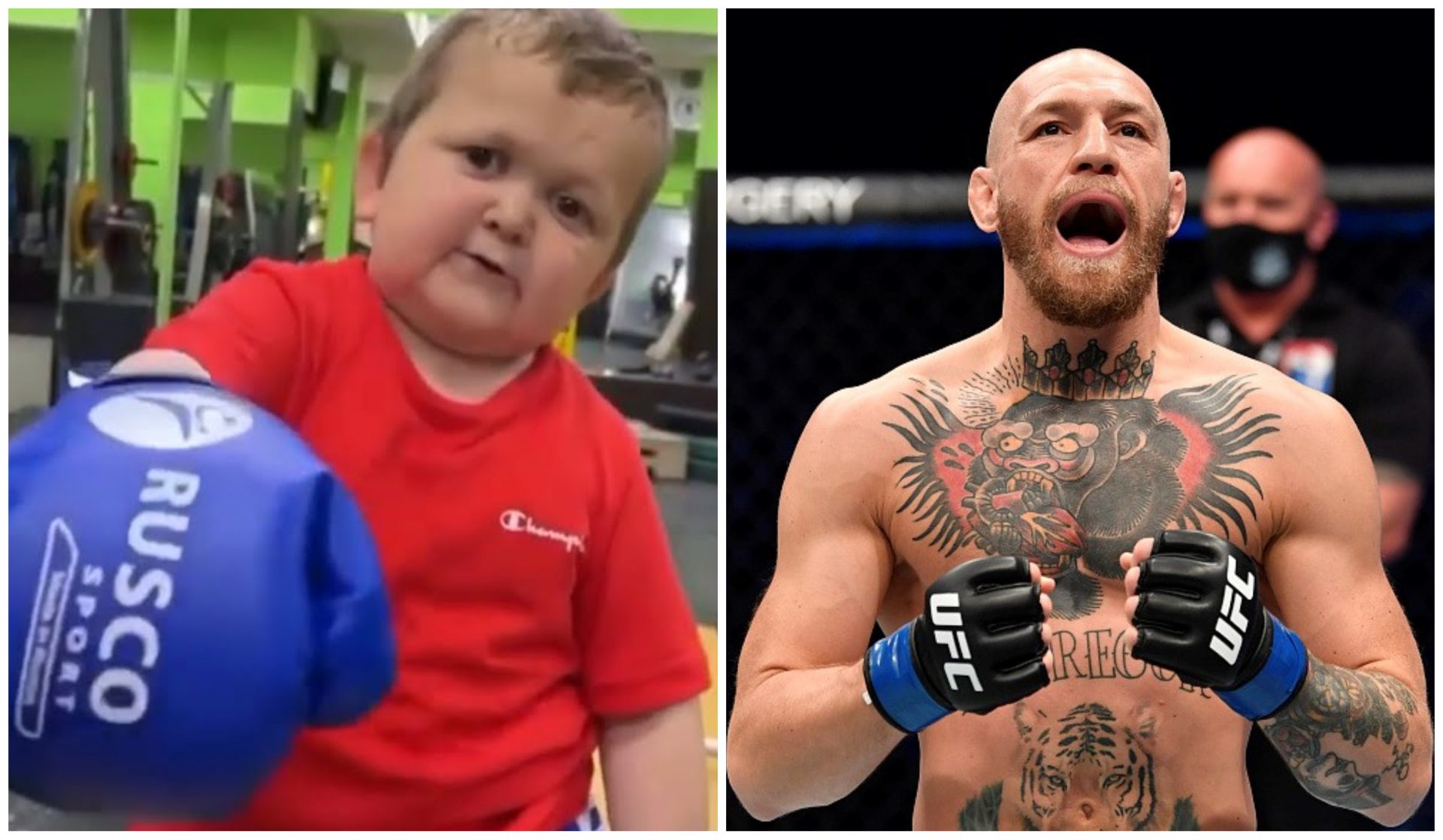 Hasbulla Magomedov, the latest and greatest sensation of the combat sports community has found his newest target and this time, the Dagestani teenager’s attention is on former UFC double champion Conor McGregor.

Ever since the promotional clip regarding his much-anticipated clash against Kazakhstani rapper Abdu Rozik took social media by storm, Hasbulla Magomedov has become one prominent figure in the mixed martial arts fandom.

The fight will be conducted by Dagestani MMA fighter Asxab Tamaev aka the “Russian KGB Hulk”, who is often seen sharing the 18-year-old TikToker and internet celeb’s clips across multiple social media platforms.

Hasbulla Magomedov picks Conor McGregor as his next opponent

In a recent skit shared on his YouTube channel titled “Hasbulla vs Abdurozik. 20.000.000$ UFC fight”, Tamaev featured Hasbulla Magomedov in a heated conversation about the latter’s next opponent after his fight against Rozik is done and dusted.

Nicknamed after the Octagon legend and his fellow Dagestani Khabib Nurmagomedov, “Mini Khabib” Hasbulla’s words at McGregor may come off as a deja vu for many MMA fans, dialing back to the days of UFC 229.

Both Khabib and Conor were in severely bitter relations before the historic event, and famous for his outspoken persona, Conor was gaining the distaste of Khabib fans, as well as the then defending UFC lightweight champion himself, and the world saw how a 4th round submission had humbled “Mystic Mac”.

Now, the Hasbulla-Rozik scenario is also being split into two. On one hand, Hasbulla is well known for his cordial relation with Khabib and how the latter’s impersonation earned him his nickname.

The two have been seen together in restaurants clicking pictures, and Khabib even shared a short clip of Hasbulla on his official Instagram back in April.

On the other hand, Armenian MMA fighter and Conor’s friend Dillon Danis recently showed his support towards Abdu Rozik, rooting for the Tajik rapper on Instagram, “if he (Rozik) was drunk he would still beat Hasbulla”.

What do you think about Hasbulla Magomedov challenging to ‘humble’ Conor McGregor? Let us know in the comments.