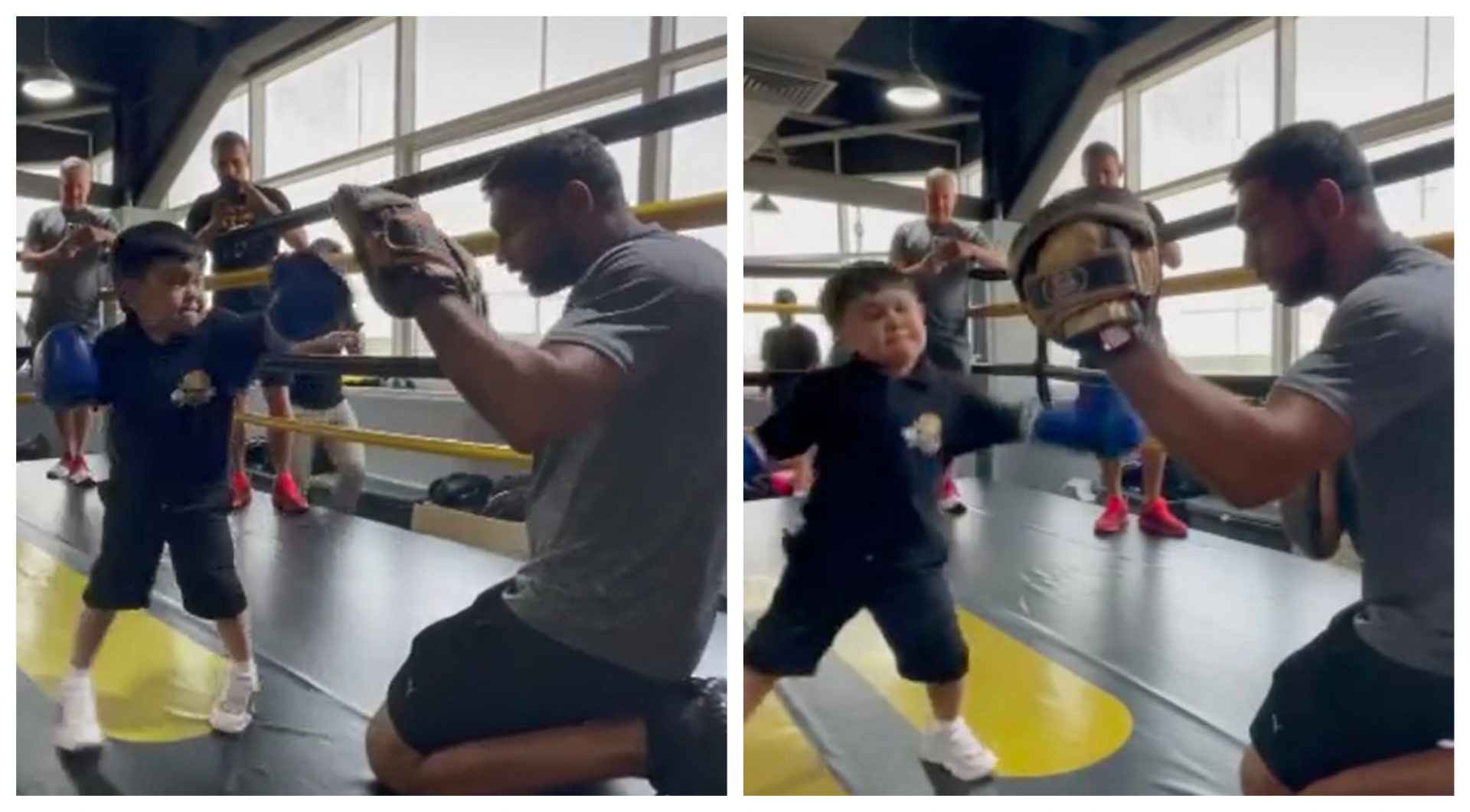 Rozik, who is popular in his region for singing rap songs in his mother tongue, gained fame in the mixed martial arts community after the promotional video for his fight against Hasbulla Magomedov, dubbed as ‘Fight of the Century’ went viral.

While Hasbulla, under care of his promoter Asxab Tamaev, has been seen in multiple sparring and grappling drills, Rozik has not been sitting duck, as he roped in one of the most popular boxers of this generation- Amir Khan as his training partner.

In a recent clip shared on his official Instagram handle, Rozik was seen inside the squared circle with Khan, the 2016 Rio Olympics silver medallist and former unified light-welterweight world champion, who was holding up boxing mitts.

Rozik showed remarkable striking abilities, landing some vicious left and right hooks, and followed them up with some vicious uppercuts.

“thank you for training @amirkingkhan” the teenager captioned the clip. Check it out below-

Back in June, Rozik was seen together with none other than iconic Egyptian football superstar and Liverpool FC stalwart Mohammed Salah at the Sheikh Hasher Al Makhtoum Palace, which is owned by the ruler of Dubai and both of them were staying there for the holidays.

The 17-year-old rapper, who hails from the village of Gishdarva in the Panjakent district of Tajikistan, suffered from osteomalacia (also called Rickets) which has hindered his growth and makes him appear as a little kid just like his Dagestani arch nemesis, who suffers from Dwarfism, most commonly caused due to Growth Hormone Deficiency (GHD).

While Hasbulla and Rozik have been training vigorously for their much anticipated MMA fight dubbed the ‘Fight of the Century’, it has now reached a point of cancellation after negotiations for the fight went south.

While Rozik was ready to face Hasbulla without a single penny as his fight purse, ‘Mini Khabib’ had demanded 20 million rubles ($268k) from the fight, more than double of the $95k he was offered initially, and the Makhachkala-born superstar’s parents barred him from taking part in the bout, as reported by his promoter Tamaev.