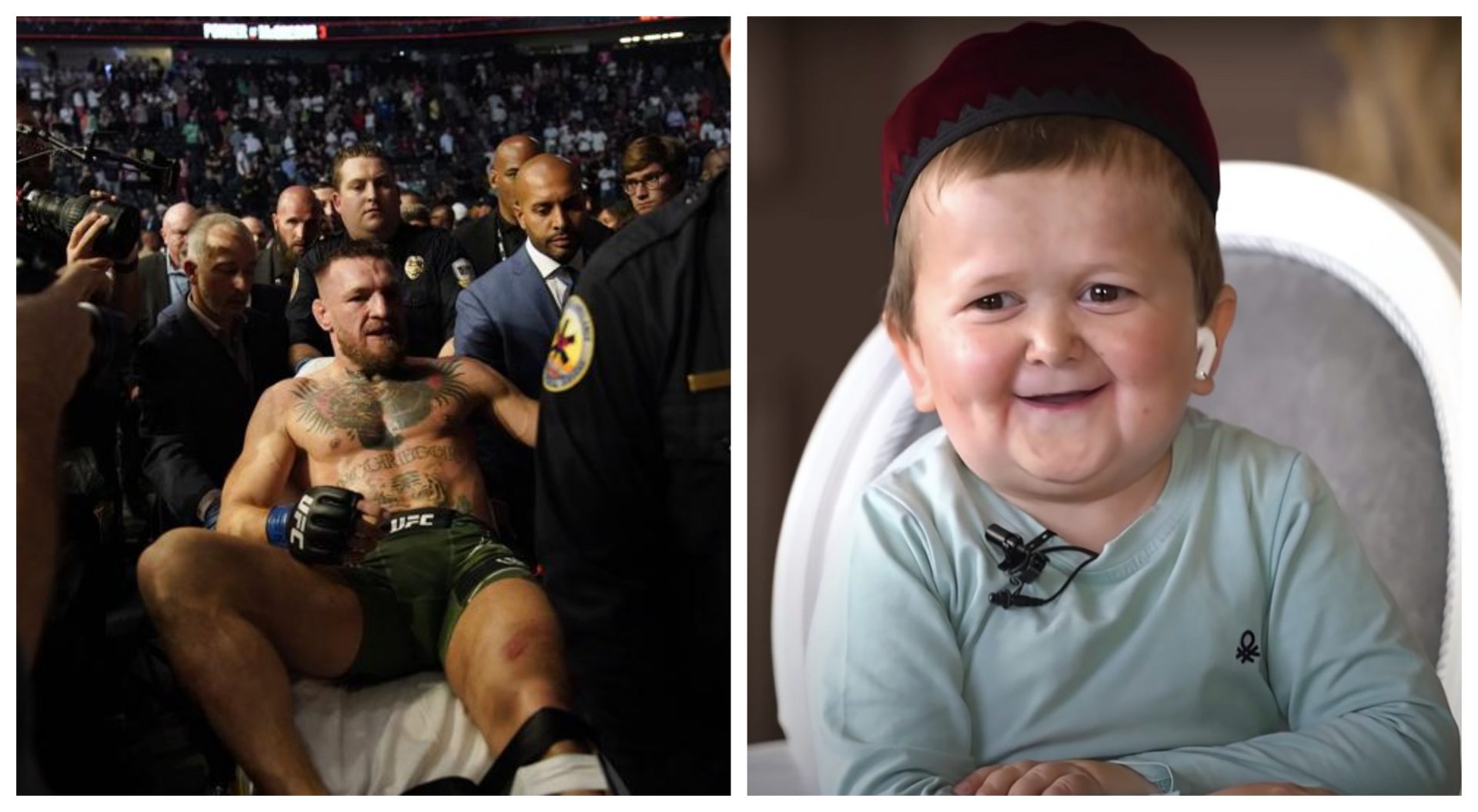 Formr UFC double champion Conor McGregor has been subject to online trolling since his loss against Dustin Poirier at UFC 264, and the latest to pull a banter on the Irish MMA fighter is none other than Hasbulla Magomedov.

After a massive build up to the trilogy against Poirier that arrived with his fair share of trash talking and badmouting, McGregor failed to come out victorious after a horrific leg fracture saw the fight in Las Vegas ending in the first round.

After ‘The Diamond’ was announced the winner via doctor’s stoppage, McGregor was taken away from the Octagon on a stretcher, a scenario that ‘Mystic Mac’ had originally predicted for Poirier.

Meanwhile, Hasbulla Magomedov, the latest and greatest in the mixed martial arts fraternity, took to social media to troll McGregor for his loss.

On his official Instagram handle, the Dagestani shared a number of clips from the fight on his story, as well as a photo of McGregor’s face while he was sitting on the canvas with the broken leg. The 18-year-old added a couple of crying laughing emojis, an obvious jab at ‘The Notorious’.

Hasbulla once said he would ‘punish’ McGregor

If you’re not aware, Hasbulla and McGregor go way back, as ‘Mini Khabib’ had once picked the former UFC featherweight and lightweight champ as his upcoming opponent, before he got involved in a verbal tussle against ‘Triple C’ Henry Cejudo.

Back in June, in a skit shared on Hasbulla’s promoter Asxab Tamaev’s YouTube channel titled “Hasbulla vs Abdurozik. 20.000.000$ UFC fight”, Tamaev featured Hasbulla Magomedov in a heated conversation about the latter’s next opponent after his fight against Kazakh rapper Abzu Rozik is done and dusted.

Aside from Hasbulla’s own words, McGregor is indeed being punished by Poirier. The two have clashed twice this year, with both of the victories going to Poirier as McGregor has now gone two Octagon appearances without a win.

UFC prez Dana White has even expressed his thoughts on a potential fourth encounter between the two.

“It’s brutal. It’s not the way you want to see fights end,” White touched on the UFC 264 main event, “Dustin Poirier will fight for the title, and when Conor is healed and ready to go, you do the rematch, I guess. I don’t know.”