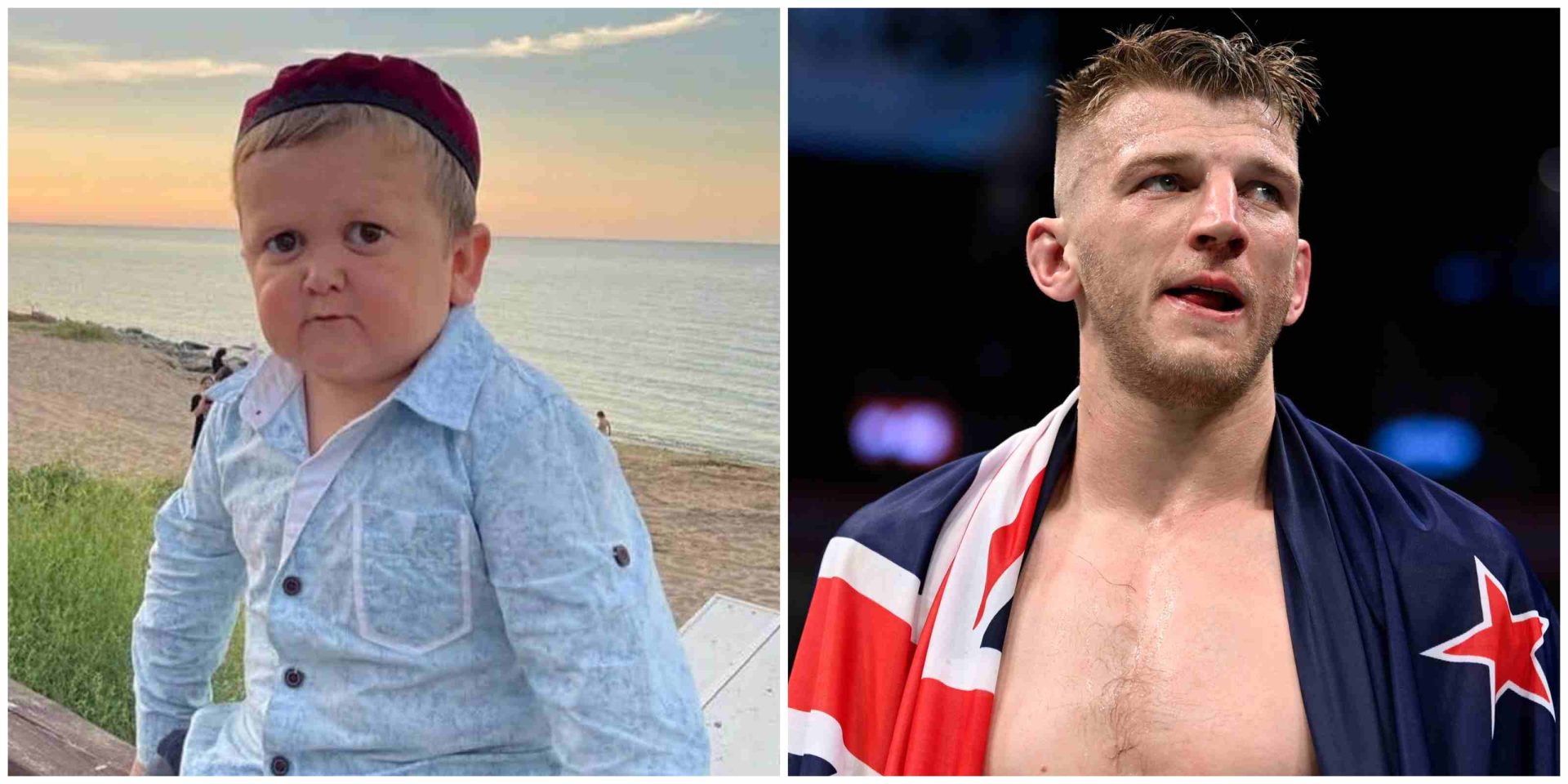 Just a couple of days ago, the worldwide mixed martial arts fanbase was treated with the news that combat’s sports greatest entity Hasbulla Magomedov would be present at UFC 267 to root for his fellow Dagestani Islam Makhachev in his fight against Dan Hooker. And now, things have become much tougher for Hooker as ‘Mini Khabib’ has an outright warning for the New Zealander, asking him to be careful as Hasbulla says he will smash the ‘Hangman’.

UFC 267, which will take place at the Etihad Arena in Abu Dhabi on 30th October, will see Hasbulla making his first appearance in the UFC, cageside to show his support towards Islam.

With the news of Hasbulla coming to Abu Dhabi having reached Dan Hooker, he reacted by saying that Hasbulla’s fierce rival Abdu Rozik is on his side and he is training the Kazakhstani singer, as well as claiming that Hasbulla has picked the ‘losing horse’.

“Who’s the other bloke? Who’s the guy on my team? Abdu! Abdu’s on my team,” Hooker bantered in a press conference ahead of UFC 267, “I’ve got a horse in the race now. I’m training my boy Abdu, no word of a lie.” [H/T SPORTbible]

“Abdu’s on my team and Hasbulla can be on his (Makhachev’s) team. He’s picked his horse, he’s picked the losing horse. Game on baby,” added Hooker.

The reaction from Dan Hooker, unsurprisingly, has not sat well with the 18-year-old Russian social media star recently took to social media to reveal isn’t just stopping at supporting Islam, he is also giving a fair warning to Hooker ahead of the fight, saying that Islam will be smashing him while Mini Khabib himself will take care of Abdu.

“Dan Hooker – listen to me, my brother. I smash you. Be careful,” the Makhachkala-born star via a story on Instagram.

WOW, Hasbulla is on Fight Island and has a chilling message to share with Dan Hooker…

“Dan Hooker – listen to me, my brother. I smash you. Be careful.” pic.twitter.com/I0XAeCQbd9

Who are you rooting for at UFC 267? Let us know in the comments.

Previous article
Kevin Holland steps out of his scheduled rematch against Kyle Daukaus at UFC Fight Night 197
Next article
Khabib Nurmagomedov praises Islam Makhachev: ‘He’s one of the best in the world’