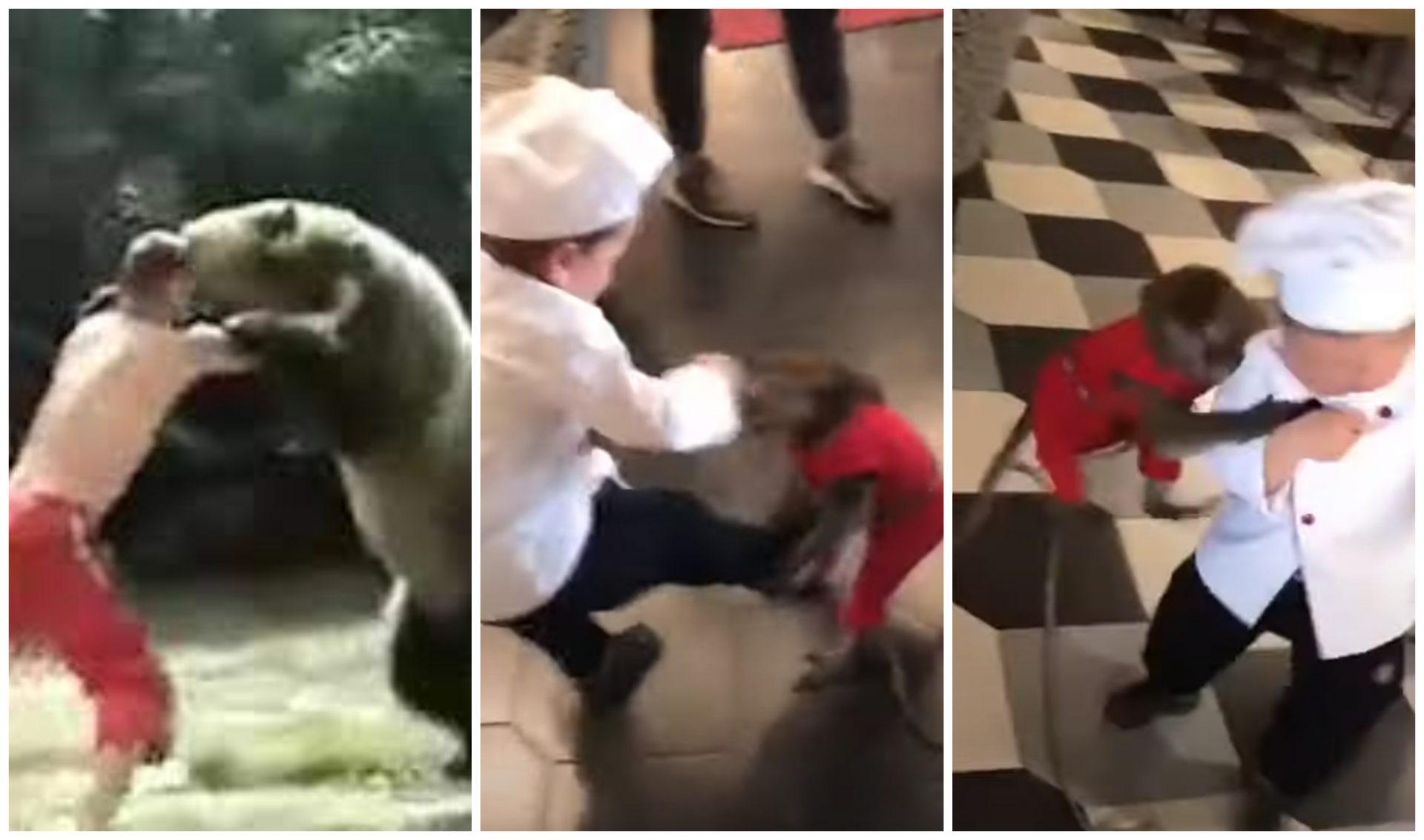 Hasbullah Magomedov has become a viral sensation all over the internet in the past few weeks. The comedic impersonator of the former UFC lightweight champion has even adapted his idol’s strategy of training with animal partners, but unlike Khabib, who wrestled bears, Hasbullah’s training partner is a monkey!

After his fight against Abdu Roziq was set up, Hasbullah has been making headlines in the combat sports social media scene for the past few days and ahead of his bout against Roziq, another clip of Hasbullah is doing rounds on the internet.

Watch as chef Hasbullah tries to spar against a monkey

The short TikTok clip shows the teenager dressed up as a chef and is seen jostling against a pet monkey inside a dining area. The playful monkey is seen going at Hasbullah, who retreats but then attempts to throw his hands and legs at the animal but fruitlessly, as the monkey is seen jumping on a chair at the end.

Check out the viral clip below, courtesy of YouTube channel Fightful MMA.

For impersonating Khabib on numerous occasions and even interacting with the mixed martial arts legend, Hasbullah has earned the nickname of “Mini Khabib” or “Little Khabib”, and hails from Makhachkala in Dagestan, Russia, the same place where his idol hails from.

The 18-year-old internet blogger suffers from dwarfism, caused by a Growth Hormone Deficiency (GHD) which makes him appear as a small kid with child like features, despite being an adult. There are also speculations that Hasbullah is a patient of progeria as well.

While the internet is taking a jolly time at all these histrionics, his upcoming fight against Abdu Rozik, who suffers from similar medical conditions, has raised some eyebrows, and especially in the Russian Athletic Association for dwarfs which has called the fight “unethical.”

The Magomedov vs Rozik bout is being organized by professional mixed martial artist, Asxab Tameav, aka the “Chechen Hulk”. Tameav often shares clips of the teenager on his Instagram.

Previous articleTrans MMA fighter Fallon Fox on Joe Rogan: ‘He just brings up these things and just makes them up’
Next articlePaige VanZant to fight Rachael Ostovich at Bare Knuckle Fighting Championship on July 23