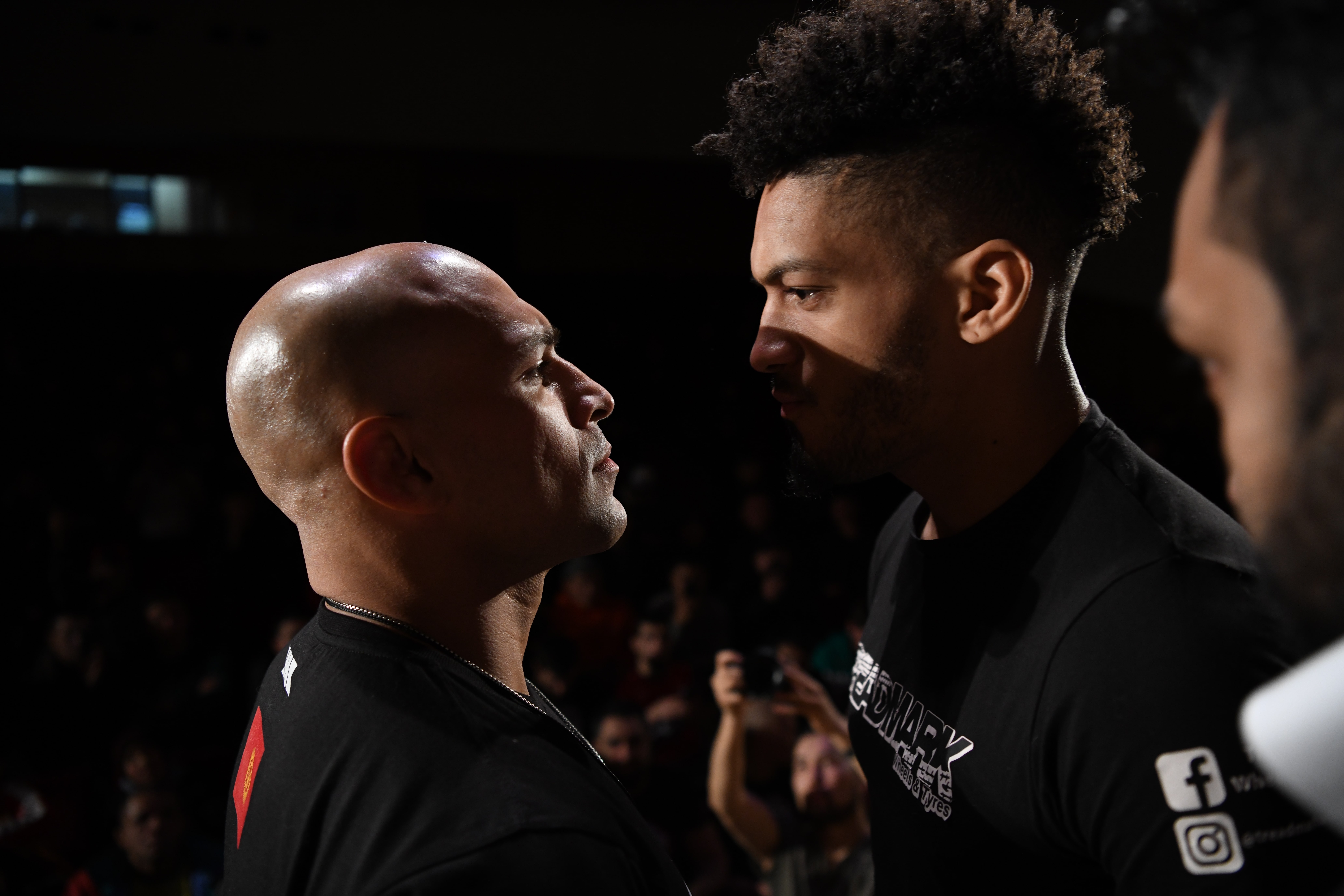 Two of the world’s best Welterweights have confirmed their upcoming bout at BRAVE CF 32. Both Hayder Hassan and Carl Booth made weight and are ready to face each other in the main event of BRAVE Combat Federation’s debut in Kyrgyzstan, set for Bishkek, this Saturday, December 14th.

Hassan and Booth stepped in the scales under the limit at 77,1kg and 77,4kg, respectively, in the official weigh-ins, which took place in the morning, in Bishkek.
During the ceremonial weigh-ins, the main eventers were the pick of the bunch for staredowns, as both men had an intense last meeting before fight night, being separated eventually by BRAVE CF president Mohammed Shahid.
The co-main event, between João Paulo Rodrigues and Abdysalam Kubanychiev was a little more cheerful, as the debuting Brazilian wore a smile throughout the ceremony. Wearing a yellow shirt in homage to his country, Rodrigues tried to get Kubanychiev to smile with him, with no success.
BRAVE CF 32 will be the first event held together in partnership with WEF Global, as both organizations look to take the local mixed martial arts scene to the next level by giving local athletes the international platform they deserve and bringing top international stars to Bishkek for a night of action the fans won’t forget.