Hear what the headlining fighters of UFC 250 have to say a day before the event! 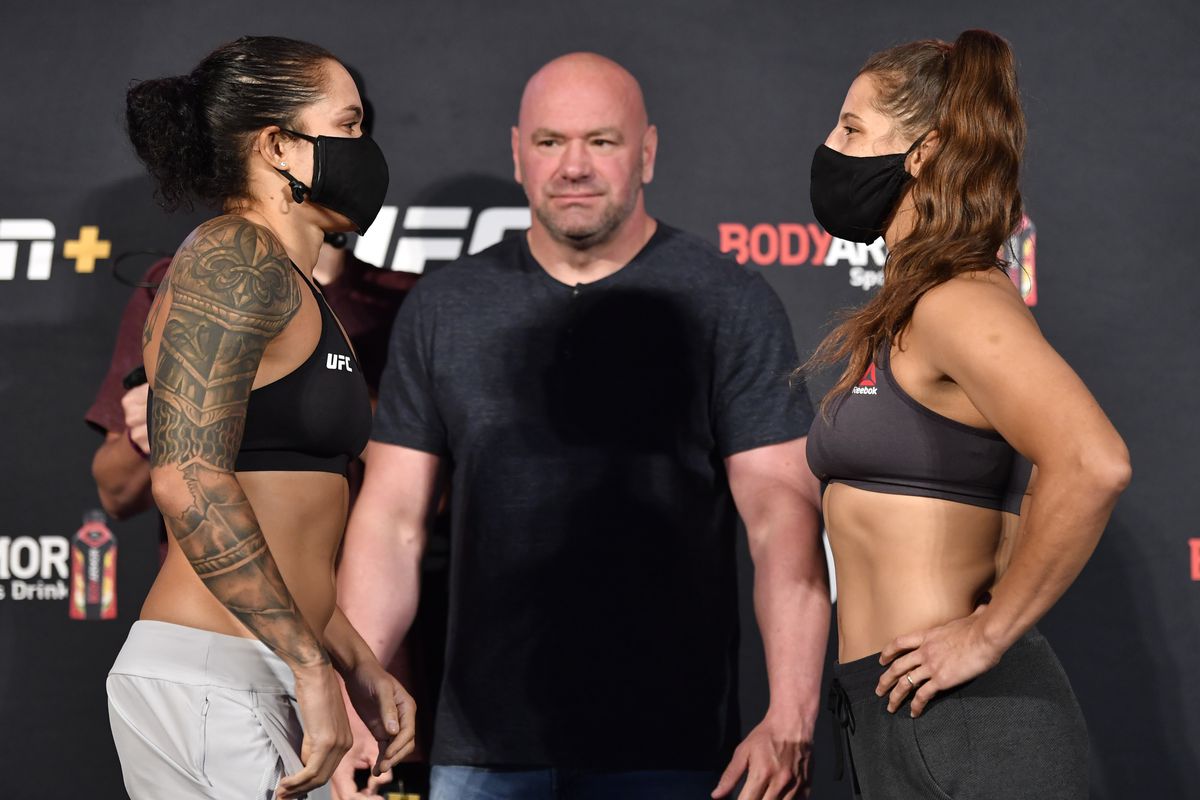 UFC is back with a bang for the month of June. The promotion is hosting it’s first PPV card (UFC 250) in Vegas in nearly three-months featuring a featherweight title fight between Felicia Spencer and Amanda Nunes.

The co-main event will feature a fight between Raphael Assuncao and Cody Garbrandt to see who deserves a shot at the vacant bantamweight title. The card will also feature two key bouts for the title race in the men’s bantamweight and the welterweight division respectively.

Here’s what the fighters had to says about their upcoming fight card.

“I beat all the good girls, the champions, and the former champions. All of those girls are very tough girls and those fights made me who I am today. Now, if I have to go through a war to defend my legacy and the title, I’m going to. That’ll make me stronger. I am the ‘Lioness.” Nunes said to the media ahead of UFC 250.

“I think I actually match up better with Nunes than Cyborg. Cyborg is very aggressive, she’s extremely well rounded but she’s maybe known to be more explosive. If Amanda tried to match my style, I’d come out on top because my grinding pressure is better than anyone. I have the ability to find a way to win in a special way that other people don’t. In this weight class, a lot of girls hit hard, so it’s not the first time I’ve felt power like that. But it definitely gives me the confidence that I belong in the cage with them.” Spencer told the media ahead of her title fight.

“I think the fight game is a pretty sincere game. If you go out and get 10 knockouts, you’re going to be appreciated. If you’re a champion who is able to defend the belt a couple times, you get appreciated. I’ve worked as hard as I can to be able to stay relevant in the division, as a Top 5 fighter for a long time and it shows. You can’t deny that I’ve been a Top 10 fighter for a number of years, and I appreciate that. I have to make adjustments and I’m very critical of myself. He will see two to three different versions of me in the Octagon, not just one.” Assuncao said.

“For me, I’m in the sport to be the best. I’m here to take the throne again. The past is behind me. I honestly wake up every day and feel blessed it’s a new day. I’ve got air in my lungs and love in my heart and that’s all I need to go out there and put the work in. it will pay off.” Garbrandt told the media ahead of the fight.