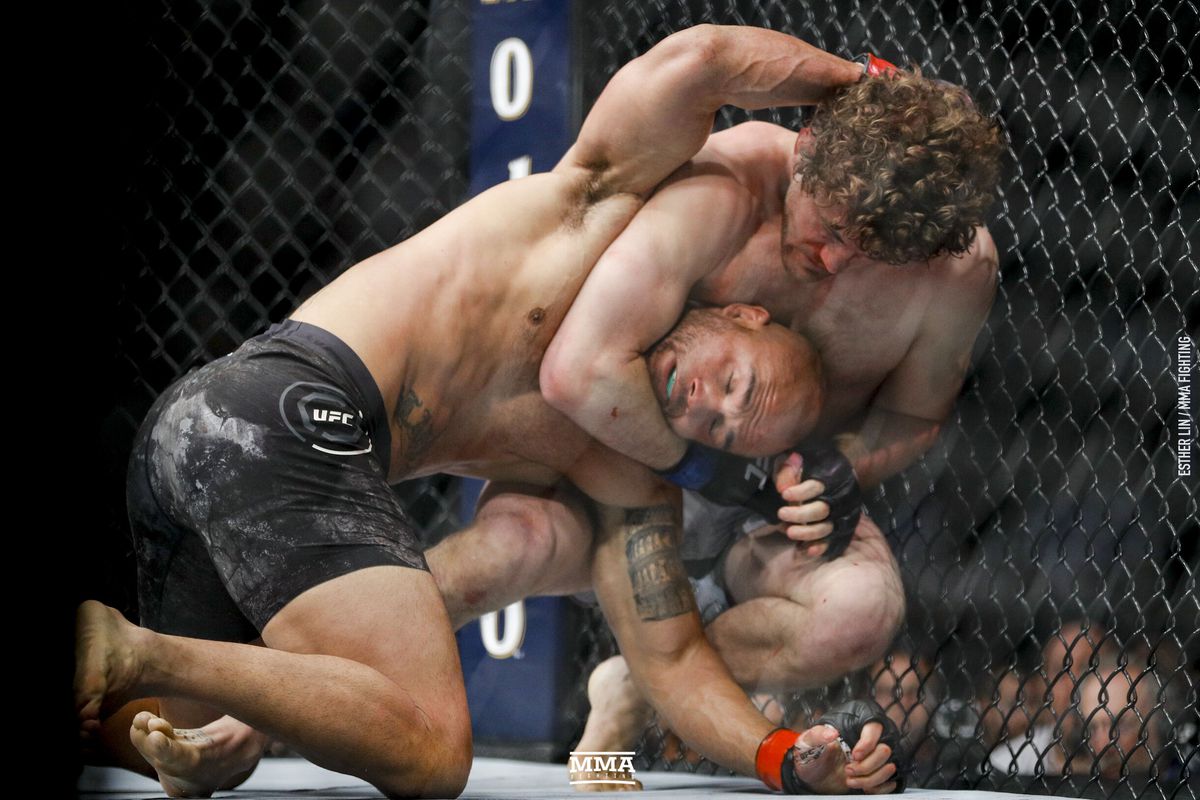 Robbie Lawler and Ben Askren were involved in possibly the most controversial fight on the card at UFC 235: Jones vs Smith. The fight was Ben Askren’s debut in the UFC, and it was obvious how much the fight meant to him. However, the opponent he was up against was one of the toughest in the UFC, a former UFC Champion Robbie Lawler.

Things did not go smoothly for either party during the fight. In the opening, Robbie Lawler was heavily dominant and had Ben Askren on the back foot.  However, Ben Askren got a tight Bulldog Choke on Lawler against the fence, and after a cursory check by lifting Lawler’s arm once, Herb Dean decided to call the fight.

This did not go down well, as Robbie Lawler immediately got up and protested the decision. Dana White would also speak out against the decision. Lawler’s coach, Henri Hooft also had a few choice words for what he felt was a gross injustice.

“How can you stop the guy [prematurely] that’s, like, relentless, the toughest guy there is, one of the toughest fighters — how can you stop a guy like that? I just can’t understand that. I know it’s difficult because as referees, they need to make split[-second] decisions. But a guy like Robbie, you need to give these guys a little more of a chance.” – MMA Fighting

Unfortunately, the decision was made and now Lawler will have to wait for a rematch in the future.